Recently  when I was flipping through channels, I happened to chance upon a debate that was taking place on a news channel. While I’m not someone who pays a second glance to news debates (as it usually takes a political turn sooner or later), this one caught my eye because of the topic, which was Marital Rape.

During the debate it was very sad to notice that while people had no trouble condemning rapists, they were hesitant when asked about the criminalisation of marital rape. Why is it that rape by a stranger is worth a 7 year imprisonment but rape by one’s own husband is not even worth being criminalised? Some say that criminalising marital rape is not possible in a culture like ours where marriage is placed on a very high pedestal. Well let me remind you that this is the same culture which condemns divorce also, but still we have divorce laws, this is because times have changed and so should our thinking.

After listening to that debate I researched a bit on marital rape and that’s when I stumbled upon the term “marital rape exemption”. This term simply means that a husband is exempted from having committed rape because by entering into marriage the wife has given implied consent. So does that mean by giving consent to marriage the wife is also giving consent to be raped?  And as hard as it is to believe this preposterous theory, this was exactly the principle that was followed in many countries prior to the 1970’s due to which marital rape was not considered as an offence. But with the surge of feminism in the late century this view began to change and people began to see that in a marriage both partners are equal and that a wife is not the property of her husband.

Many countries have criminalised marital rape barring a few, like India. The opponents of this criminalisation believe that it is impractical as it would be difficult to identify as to which sex is consensual and which is not, many women would probably not report the incident and that there are chances of misuse of such a law like there has been with the dowry law. But if that is the case then the same reasoning can be applied to all existing laws and we probably should do away with all laws and live in a complete state of nature like animals.

What is extremely disheartening is the fact that marital rape has not been specifically defined or mentioned in any of the existing laws. Under section 13(2)  of the Hindu Marriage Act wherein the grounds that can be taken by a wife for divorce are given, it is mentioned that a wife can divorce her husband for rape, but here the word ‘rape’ does not cover marital rape. So it’s okay to divorce your husband if he has raped someone else but it’s not okay to do so if he has raped you. I just can’t understand why instead of focusing on the crime, it is the relationship shared between the parties that is being given the greater attention. Many legislators have relied on statistics and researches which show that many a times the victims of marital rape usually go back to their husbands and hence they believe it is fruitless to interfere in the personal sphere of a married couple.

The problem here is the lack of awareness in our society. Women are brainwashed into believing that it is their husband’s right to have sex with them, what they are not conscious of is their right to say ‘no’. They are made to believe that it is their job to uphold the honour of their family and therefore they should suffer silently but what about the dishonour that the man is causing by forcing himself upon the woman he had promised to cherish and protect  forever in his marriage vows.

India has reached Mars but sex is still a taboo in our country, people hesitate in talking about it and usually associate it with shame and guilt. How is it that we consider ourselves a progressive country when our thoughts are still so regressive? Why can’t we come to terms with the ugly truth behind the institution of marriage that is staring us right in our faces? The reality is that without a reform in the society, the legal reform is useless but again that is not enough of a reason to not criminalise marital rape.

I’m not against the institution of marriage, after all it is the celebration of a bond between two individuals but what I’m against is the usage of this bond as a protection against rape charges.

For me, at least, there is no difference between rape committed by a stranger and rape by a husband.

A self proclaimed book addict, who likes to read even while eating. Her favourite genre is thriller and she is a huge fan of horror movies. Apart from books and movies she is interested in languages and hopes that she will be able to speak mandrin fluently one day. 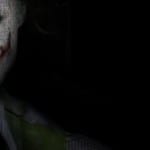