We now live in an era of technology where divorce is no more a big issue. In metropolitan cities, divorce is quite common. Hence, Delhi is termed as “divorce capital” of India. In the last 10 years, the rates of divorce have gone seriously up. Everyday couple file divorce petition.

The divorce cases are mostly from the urban middle classes where the economic boom is a common thing. Compare to the old generation, the aspirations of life in modern couples are much more than adjustments and compromises. Incompatible couples living in a marriage can cause serious mental health problems. Also, the Government hired professional counselors to counsel the couples if there is any chance of reconciliation.

In today’s time, adjustments and compromises to the negative influences is no more a concern. Couples are educated, mature, and look the world in a different modern perspective. The common cause of divorce in Delhi is because they witness life differently. The desires from the life of couples are different. Sometimes these differences become unbearable for the couples to stay together.

The law or the counselor always wants to save the family first. Divorce not only happens between two people but in between two families and if there is a child included, then custody also falls into consideration. The family court decides the law proceedings. Most couples opt for out of court settlement so that it does end in amicable conditions.

The prime reason for divorce is dowry, extramarital affair, domestic violence, impotence. Do the couples marry only to divorce? The answer is NO. But at times, when two people started living together as married couples, the difference of opinions arises after knowing each other, living with each other. Divorce in Delhi also happens in a short time for reasons like not respecting each other’s parents, problem staying with in-laws, ego clashes, and low tolerance levels of couples.

It seems that staying together as an unhappy couple it is always better to keep happy and healthy as individuals. Respect for each other, loyalty and self-respect are the first things that couples need to stay in a happy marriage. If anyone of these is not there, then that marriage will surely break.

Couples do try all sorts of methods to save their marriage because no one ones to break the marriage as getting the divorce tag. But when everything fails, couples file for Divorce in Delhi. Delhi being the urban place where both the old generation and new generation live are strongly affected by the name of cultural norms. Individual careers and ego clashes and the choice of lifestyle take a toll on the marriage. Children are the most affected soul from the divorces.

For a healthy upbringing of a child, a kid needs both parents. But couples’ desires take a substantial hit on the marriage, and this led to the mental state of a child. When they grow up, they cannot have trust in the institution of marriage. A divorcee tag is always seen as a social stigma to a woman more than a man.

But in new India, it is more socially acceptable than yesteryears. Modern people do not see divorce in Delhi as a social stigma. It is more like couples separate because they are not made for each other as married couples. THE END and moves on life.

In India, almost 1.36 million couples are divorced. The rate of women separated is more than the number of men.  If you not only consider Delhi but North-East too, then the divorce rate is highest in North-East by 4.08%. Next, Gujrat has a high number of divorce rates followed by Jammu & Kashmir, Assam, West Bengal, and Maharastra.

Previously, women who are divorced becomes the talk of the town. The neighbor aunties, family members, blame the girl that maybe she is one for which the marriage did not work, she does not have patience, she has an adjustment problem, she has more ego. Divorce then was itself a traumatic experience that took a toll on a women’s mental state and on top of that families, neighbors looking down to a divorcee woman also drown the women’s self-confidence.

Time has changed, but society is the same even now. It’s only that divorcee women are coming up with an open heart. To them, it is not something to ashamed of. When women openly talk about their divorces, no one dares to blame her. It even gives a social message to other women too. To some women, it is a time of celebration, a turning point in their life. Some divorce women or men find their true call and passion in life.

Divorce is no more pain in today’s time. The couples who get divorce channelize the pain or trauma into productive or hidden talent. Hence, divorce in Delhi is not looking down rather helps you grow as an individual. Society is more concerned about marriage even after divorce. The question that society throws are Will you remarry? Will get an eligible partner? Are you seeing an old man or woman? Will you marry a divorcee or a fresh person?

Such questions project the sick mentality of society. But, divorce in Delhi is not about getting low rather cover up the low phase full of positivity. Even psychologists suggest you bring the positive side in you after divorce to forget the past relationship or any bitterness and cherish the moment of life.

If you want to file for mutual divorce, then as per Hindu Marriage Act, 1955, you can file it if you and your spouse are facing problems in marriage and want to separate through the legal procedure.

According to the 2019-2020 UN report on World’s Women Progress of Families in Changing World, the divorce rate is high in India, but still, only 1.1 % are divorced women, and mostly it is from urban areas. The birth rates of women have decreased. But families have become more loving, and there is a sharp increase in the age of marriage. Even women have the most economic autonomy in today’s time. This report says that women of today are supportive. They want a significant change with financial independence and divorce hardly affects them.

Delhi couples are heading straight to divorce rather than choosing any middle situation. They do not even consider counseling as a solution. They believe in their decisions, rather experiential therapies. Today, the couples talk with each other about the differences and then include the families if the pair do not find any solutions.

If the couples miss the definite conclusion, then they should go to the police and file a case if the family situation is violent. Divorce in Delhi between couples is not a big thing. Both men and women are working, and they can take care of their own expenses by themselves. No one is dependent on anyone like yesteryear when a wife was financially dependent on a husband.

The reason for divorces sometimes can be nothing. The couples just feel that they are not on the same page, and hence they take the decision to move on from the social tag of marriage. Education plays an essential role in such a situation. Educated women know how to take care of themselves and their kids (if any).

The lack of awareness in the background check of the girl or boy before marriage is another reason for divorce. Some families, girl or boy, hides past incidents that can lead to divorce in the future. Today, couples are mature enough to take their own decision. Hence, divorce in Delhi among young, mature self-independent couples are no more a problem. They think it very cool, and the divorcee tag hardly affects them. The social life in Delhi is too cool, and the young generation takes divorce lightly.

The lawyers also feel that the rate of divorce in Delhi for both arrange and love marriages are the same. There is no such big difference. Divorce makes life simpler and easy for couples. For them to carry emotional baggage for the entire life, it is better to take divorce and set yourself free from a toxic relationship.

In the words of counselors today, previously couples used to visit them to reconcile the marriage. But nowadays the couples come to ask for a favor to convince the family for divorce is the ultimate solution. The scenario is totally different then and now. Young couples are more impatient, more open-minded, and believe in an open culture.

Apart from genuine and serious problems between couples, the reasons for today’s divorce are totally lame. Suspect, or too much into household chores as a wife are the primary reasons for divorce. No one will either make adjustments in a marriage. When the couples are in courtship, love is their priority. But when marriage happens, love takes back seat, and ego clashes are a top priority.

Big cities are vulnerable to tackle these situations. No one has time to fix the marriage or invest a reasonable amount of time in their marriage. They find divorce is a quick and easy solution to stay happy and out of marriage. If you are marrying a Delhi guy or girl, it is better to check the background well. You may never know that maybe you can be the next one considering the rate of divorce in Delhi. 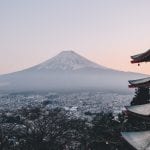