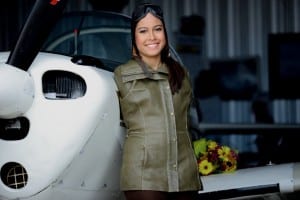 Born without both arms Jessica Cox is the world’s first licensed armless pilot, she cut out the word ‘I can’t’ from her dictionary so long ago so that she never allowed the defect to be a limiting factor. Even though she suffered self-esteem issues in her early life, she overcome each and every issue and shines like bright star of hope for the disabled ones

Her achievements are so many ranging from a college degree in Psychology to Black belt in Taekwondo at the age of 14.She drives the car with her feet, type with her toes and became the first licensed armless pilot in 2008.

Jessica Cox was born in 1983 in Arizona and always dreamt about being a superwoman who fly through the sky and helping other people. She fulfilled her childhood dream by flying planes and being a mentor for many disabled children like her. Barbie Guerra, who she saw on a TV programme, born without arms just like her became her role model and mentor. Barbie mentored Jessica to follow her way to live and desire like her and not to give up.

In her childhood she got trained in dancing and danced in the front row due to the support of her parents and teachers which earned applause from the audience. That encouragement has made her continue to dance for these last 14 years.

In 2012, she married Patrick, her former Taekwondo instructor (she has two black belts). They live in Tucson in the US state of Arizona.

Even though she doesn’t have an interest in politics she went to that sphere also as a disability advocate working with survivors of Typhoon Haiyan in the Philippines, including those who became disabled as a result of injuries, lobbying senators in Washington DC for the ratification of a major disability treaty. Jessica Cox is working with Handicap International USA and many other organizations to support the Convention on the Rights of Persons with Disabilities — the CRPD.

Emmy award winning filmmaker Nick Spark made a documentary about Jessica Cox named ‘Right footed’ which chronicles Jessica’s life story. This documentary is about the power of human will and examines how much one individual’s life can affect people on a deeper level. It is a story about perseverance, about how a girl converted the disasters in her life to success. This documentary shows how a person’s determination can change her own life as well as that of others.

Jessica now works as a motivational speaker. She travels the world sharing her story and encouraging people to be creative and innovative. She delivered speeches in almost 20 countries. She wrote a book ‘Disarm Your Limits’ consisting of all her success mantras. She is also known for armless surfing and armless scuba diving.

Oblivion is an inevitable truth, but Jessica Cox made sure that her name will last forever as long as the human race exists. She touched lot of lives with her speeches, actions and life. She became the role model and mentor for so many people. She saved a lot of lives that could have been left in the darkness of pain and abandonment. Jessica Cox is a Beacon of hope for all the disabled people all over the world. 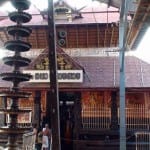 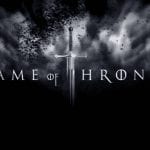