What comes to one’s mind when they hear of ‘Vegetarians’ and ‘Vegans’? People who survive on vegetables, yes? Well, there is a difference between them.

A Vegan does not eat or use anything animal related. Their diet does not include meat, dairy products, fish, eggs, honey or gelatine. They survive on fruits, vegetables, grains, and nuts. They also do not use wool, leather, etc.  A person might turn vegan for nutritional concerns and allergies. They are known as Dietary Vegans. Ethical Vegans are guided by moral and political reasons. They believe that animals do not exist for being exploited by human beings. Humans have the option to survive without harming animals. Many do not understand that and animals suffer as a consequence.

While vegetarianism is mostly about the diet of people, being Vegan is a lifestyle. Vegans avoid all products derived from animals. These include clothes, shoes, medicine, etc. They are against cosmetic testing on animals. They believe that animals used to extract dairy products are tortured for a longer duration and it does not help to give up on meat but continue consuming dairy products.

It has been seen in various studies that vegans and vegetarians are just as healthy as meat eaters. They are eating healthier and can avoid allergies. Some studies have shown that vegetarians and vegans have a lower risk of cancer and cardiovascular diseases. The one disadvantage of a Vegan diet is that they lack essential nutritional components like Vitamin D and iron.

Our beloved FRIENDS character Phoebe Buffay is a vegan so is Ellen Degeneres who encourages others through her website- ‘Going Vegan with Allen’. 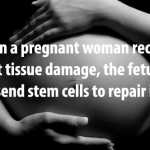