In 2002, Dhanush, a very ordinary looking boy made his first debut as an actor in Tamil film industry. He was criticized for his raw performance and boyish looks, but little did everyone knew that this immature boy will one day be heading to Hollywood! Yes, after making his Bollywood debut in Raanjhana, Dhanush is now set to make his Hollywood debut. Dhanush himself confirmed it in his twitter account he wrote “Elated to sign my first Hollywood film @The__Fakir, directed by Marjane Satrapi. A big thank you to all for the warm wishes keeps pushing me!” The film is based on Romain Puertolas bestselling debut novel The Extraordinary Journey Of The Fakir Who Got Trapped In An Ikea Cupboard, which also stars Kill Bill actress Uma Thurman.

Yes, that’s how Dhanush looked when he made his debut in 2002. Now tell me, would anybody have believed if someone had told that this boy will one day go to Hollywood? Honestly, even Dhanush would have laughed it off, back then. And there began his film journey. In the beginning, he was always mocked for his looks and acting skills. Amid all these criticisms he managed to survive, and slowly he improved his looks as well acting skills. His immature boyish looks soon gave him the perfect boy next door image. And slowly his career began to shape up well for him marrying Superstar Rajinikanth’s daughter in 2004, he let out the signal that he was here to stay.

After few hits and flops, movies like Pudhupettai proved his acting skills and received appreciation from the critics. Padikathavan, Thiruvilayadal Aarambam, and other movies gave him commercial success, but the real turning point of his career came in 2011. The movie Aadukalam which was released in 2011 broke his boyish image and gave him his much deserved commercial and critical success. He won the National Award for Best Actor for the same movie which shot him into National level fame. The following year, the movie 3 directed by his wife which featuring the song “Why This Kolaveri Di” released. This song Launched Dhanush into International scene, with the song going viral all over the world gaining 100 million views in Youtube.

After the success of Kolaveri Di, In 2013 Dhanush made his Hindi debut with Raanjhanaa and the following year came out his 25th movie Velaiyilla Pattadhari, which was one of the biggest commercial success of the year in Kollywood industry. And next release marked his second Hindi movie Shamitabh starring alongside with the superstar Amitabh Bachchan, which was directed by R.Balki and music was composed by the great Ilayaraja. The movie received great reviews for its new concept, but it didn’t fare well at the box office. In 2015, Dhanush had more than a couple of releases, and all of them fared well or average at the box office. And in 2016, comes the announcement of Dhanush signing his first Hollywood movie.

Today, Dhanush is one of the hottest and happening stars in the Industry. The actor has turned into a producer, lyricist and playback singer as well. He is one of the most demanded and critically acclaimed artists today who has the capabilities and market to be the next big star. This man has proved that looks do not define one’s life, and it is the skills that matter. He has so far won 6 Filmfare awards. He has silenced his critics with his performance and doubters with his box office success. He proved that language is no barrier if you have the confidence to do the work. From an ordinary boy to Hollywood, What a journey! 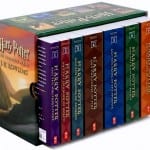