As we grow up, we start evading people. Why does that happen? Remember the time when we were kids, and it did not seem so hard to be around people? Sure, that one mean kid made our lives miserable. But other than that, it was much easier. People change with time, and the way we deal with them changes too. An adult won’t show the same behavior a child shows around people.

While it is hard for some children to make friends, it gets easier once they make a friend. There are arguments over the smallest things and reconciliation withing ten minutes. The relation is pure; there are no other interests involved. For an adult, friendships made are almost never selfless. There are no reconciliations after ten minutes either. Friendship break ups can be extremely painful.

Children are mostly brutally honest. They do not see any reason why they should not say it like it is. Adults pretend most of the time. They cannot really express their honest opinion as they constantly feel the need to be accepted by others.

Sometimes kids come up with the brightest of ideas, but they are almost never taken seriously. Adults lose the power of imagination as they grow up and hence are sometimes not able to come up with good stuff. People rely on them as they are the rational ones.

Speaking of imagination, kids have that super power. When stuck in a situation they dislike, they can just build a world of their own inside their mind and make things better. An adult cannot do that; they have to deal with the reality no matter how much they loathe it.

As people grow up, the negativity and hatred around them increase. They realize that surviving in the world is hard. Children are not aware of that, and this is why adults have a different attitude towards people and hence, different ways to deal with them. 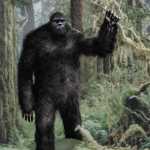