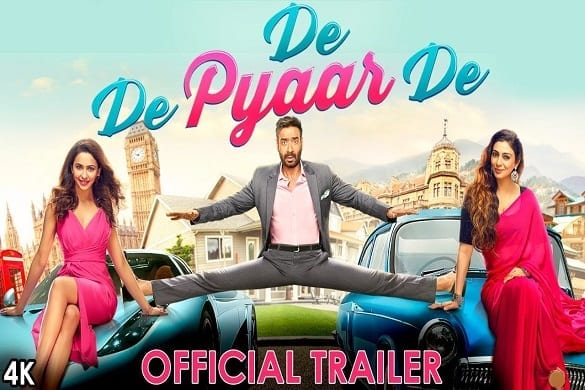 Starring Ajay Devgn and Rakul Preet Singh in the lead roles, the Bollywood de de pyaar de film revolves around the two meetings and knowing that they have a speculating bond regardless of their age. It’s a feel-good Hindi film with a good movie review and one that you might just want to watch over the weekend.

About the Story of De De Pyaar De

Ashish Mehra Ajay Devgn is playing his age as a 50-year-old separated man who values relations and commitment later in his life after he left his wife and kids some years back introduces Ayesha as his secretary. Living in London, his Punjabi behavior remains intact. He knows and realizes his boundaries, while still somewhere regretting not being able to support his family in times of need and moments of joy. His thinking doesn’t reflect his age.

The actor, using his experience in natural comedy, delivers every emotion just in the right manner once the plot twists and he finds love in a 26-year-old woman. Although the love is reciprocated by her, the free-thinking woman has got an entire life ahead of her that she wishes to live in her terms of signified rules and boundaries.

Ayesha, (Rakul Preet Singh) is a happy-go-lucky girl who lives her life in installments, regardless of the interpretations made by the society. Her willingness to take a step ahead in relation to Ashish is another flip in the stereotyped hook in the parameters of love, commitment, and marriage. Once when realizes she has a soft corner for a man about twice her age; for her, age is a number coming to the choice of person she wishes to love after positively admitting it.

What Should You Expect from De De Pyaar De?

The entire De De Pyaar De film is a roller-coaster of feelings and comedy garnished by the situations the love birds face. While Ashish has lived a married life that turned unsuccessful for his career and priorities that didn’t match to those of his ex-wife, his life in London is often sorted with the help of his Psychologist friend, Samir.

Then there is the zealot Javed Jaffery, who completely justifies his role of putting positions in front of his friend, telling him how impractical things seem in the real world with a relation that has a huge age gap. Javed Jaffery’s dialogue delivery sets an aura of unhampered laughter, along with counter replies of logic and emotions that Devgn has to give.

Tabu: Beauty and Grace Personified as Ever

While in the movie de de pyaar de Tabu, as in any other movie, has completely met the point with her outlook, stability, humor, maturity, and acceptance in the role of wife Manju. Her humor, when delivered, would be just right in the time, with a personification of beauty and talent. Her role as a modern ex-wife is a powerful lead between the chemistry of the two (Ashish and Ayesha).

Her understanding nature fits in with every relationship she has to handle, even when being an ex-wife and a mother of two. She happens to take custody of their children and raise them to be smart and practical. Although somewhere while doing the same, she digs her emotions randomly within her heart to make a strong woman out of the cracks she had been filling in.

She believes in the power of love to be as strong as the power of letting go. Her understanding with Rakul is that of an acceptable woman has for another woman. This might be a side-view of her age that is an excerpt from experience and compatibility.

The Two Halves of the Movie De De Pyaar De

While the first half of the movie de de pyaar de shows the obvious cute romance between the leads, like the male 50-year-old character falls in love with the young girl Ayesha,  the second half deals with some tangled scenarios of working things out in the family, showcasing love-hate relation that the kids share with their father, the husband-wife and the ‘other’ woman, the plot twists and falls but rises with value and free-mindedness.

When we see Alok Nath and Madhumalti Kapoor in the side roles of Ashish’s parents, they add a traditional-comic environment in the family, setting values before the leads, while they are shown to welcome amendments in the next generation of Ishika and Ishaan (the kids of Manju and Ashish).

We find Jimmy Shergill as a charming fellow in the guest’s appearance. He plays the dynamic, comic, and interesting neighbor of the family. The minor character played by him somehow, somewhere releases the tense-comic situations faced by the leads. He improves the aura and comprehension.

Shergill’s presence in the film is like a cherry on the cake because with his acting, he not only attracts the audience but improves the scenes and role-play, commanding the confusion between the leads.

“I was a mere incidence in your life, that misunderstood being a story”

This is where the plot flips and the rest remains an ambiguity of what is ‘separated’ and what is ‘divorced’. The randomness of moments, incidents, the leakage of distinct images, the pure commitments, these are the simple equations that we complicate while traveling miles in our head when staying in the time. The film made a lot of money at the box office.

The songs of the film are not too impressive but the background music adds gravity to the scenes. Here is one that you might want to see.

Keeping aside everything else, the chemistry of oddly arranged couple places well and doesn’t look odd. It encourages the ‘minds wide open’ and keeps the audience engaged until the very end. This drama-comedy can be on your list when you are stressed out and want to invest your time to relax like a popping bubble. Director Akiv Ali, in his directorial debut, leaves the very little scope of failing to win the audience’s hearts.

De De Pyaar De produced by Luv Ranjan is in short, a romantic comedy of ideas that celebrate relationships, values, priorities, and some stereotypes in a very positive and impressive way. This gives an overview of the reflecting thoughts of the generations, their perception, and a friendly reminder to set and accept changes whenever needed, or when Love enters it’s ways a life. The movie drifts you underneath a rollercoaster that you often see or can relate yourself in some or the other way. It hampers distant, yet close to heart and mind.

Well, it is confirmed by Bhushan Kumar that a sequel is to come of de de pyaar de and Sonu Ke tittu ki sweety movies soon.

The Beatles members are amazing Talent 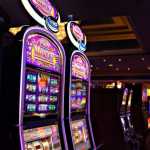