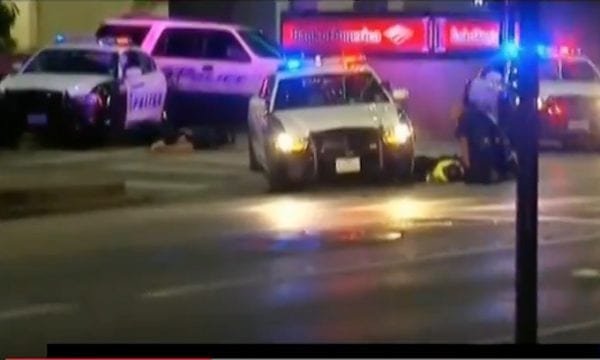 Five Dallas police officers were killed and seven of them were wounded, as they tried to abide by their duties and protested against the shooting of black men by the police.

One of the deadliest days for US law enforcement officers

The gunfire started at around 20:45 local time on Thursday (01:45 GMT Friday), as the demonstrators marched through the city. The protest came after the death of Philando Castile in Minnesota and Alton Sterling in Louisiana in this week. 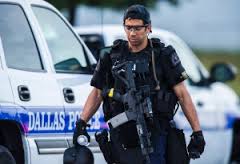 Barack Obama who was visiting Poland said that it was a “vicious, calculated and despicable attack on law enforcement”. He said the entire city of Dallas was grieving and the “tight-knit US police community feels this loss to their core”.

Dallas Police Chief David Brown said that the suspects were supposedly working together, using rifles to carry out attacks, while the protest rally was coming closer.

Two snipers were reported to have fired from the top, and shot some officers at the back. 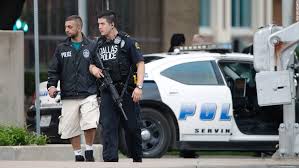 “We believe that these suspects were positioning themselves in a way to triangulate on these officers from two different perches… and planned to injure and kill as many law enforcement officers as they could,” Chief Brown said.

Officers surrounded a car park near El Centro College as an armed man continued firing. Chief Brown said the suspect had told negotiators that “the end is coming” and that he was going to attack more officers and had “bombs all over the place”. The US media has reported that the man is now dead from a self inflicted gunshot wound. The stand still is now at an end, though the police has to confirm it. They are continuously checking the area to make sure that no explosives are present. Till now no explosives have been found. 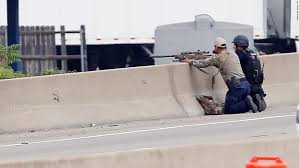 Brent Thompson, 43, a transport police officer with the Dallas Area Rapid Transit, was one of the first people to lose his life. Amateur video footage showed one police officer approaching a gunman and taking cover behind a concrete pillar. The gunman shoots the officer at least twice, leaving him motionless, and then flees away. Three suspects are in custody, while another one of them had shot himself dead. Dallas Mayor Mike Rawlings told the NBC Today programme that the suspects so far were not co-operating and were “tight-lipped”.

“We’re glad that we took down one of the suspects. We hope we have got everybody, but we can’t be sure,” he said. 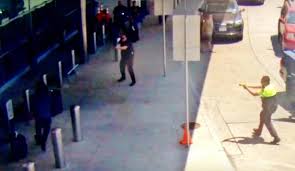 Two civilians, one man and another were also injured. The woman, named by her family as Shetamia Taylor, was shot in the leg while protecting her children and is recovering in hospital.

Reports of the Eyewitness

Brendan Tyler Hester, photographer: “Once the shots rang out everyone started running. When I turned around to see where my friends were, I saw a policeman next to me get shot. He dropped to the ground screaming. The police shouted at us to run so I did and ended up at the bottom of a parking lot.

“There was a shooter on the top of it so I could see all of the shots coming down on to where the police were. I could hear more shouting and screaming. I was trapped with three or four other guys… in the line of fire, so we just had to make a run for it.”

Tracey Jones, student: “We all started to run but I’m disabled and walk with a cane and got knocked over. The police started to shoot back. It looked as if they were shooting into the crowd, even though they weren’t, but they were shooting over everyone in the direction of the shooters. It was complete panic.

“Along with my friend and about 15 other people, I made it to a train station a few blocks away and we took shelter there for around four hours. I’m in a state of shock, really. I just can’t believe this happened in my city.”

Sacrifice of the law enforcement officers

Obama has given his word that anyone who is found to be involved in this senseless murder will be fully punished. He said the attacks were a “wrenching reminder” of the sacrifices made by law enforcement officers. In 2016 53 US officers had lost their lives, serving their country and performing their duties. The toll however does not include the officers killed in the Dallas shooting case.

Mr Obama added that “when people are armed with powerful weapons it makes attacks like these more deadly and more tragic”, a subject that, he said, must be addressed in “the days ahead”. 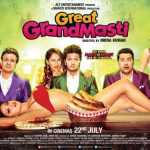 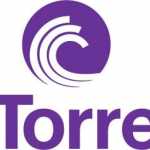