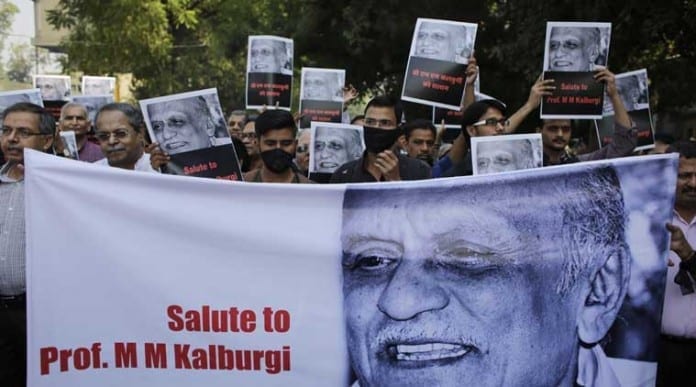 The Modi Government at the Centre had ascended to power on the promise of good governance and industrial progress. Despite the shadow of religious dogmatism and violent majoritarianism hanging over the BJP in the form of the Rasthriya Swayamsevak Sangh and its ideology, the people of India had chosen the hope of progress over dynastic stagnation in the 2014 elections.

The Prime Minister had promised ‘Minimum Government and Maximum Governance’, and yet continues to support the use of Government resources to enforce ridiculous bans on the food habits of his citizens. Unlike Atal Bihari Vajpayee, the only other leader from the BJP to ever occupy the seat of Prime Minister, Modi was never a parliamentarian. Rather he ruled over Gujarat, a more or less culturally cohesive state. Perhaps that was not enough of a training ground for dealing with the cultural diversity of India. While Vajpayee, despite having been a member of the RSS, kept an open mind when it came to politics and did not seek to enforce the sensibilities of one community on another, Modi seems a lot more taken by the RSS brand of nationalism on the whole.

While the PM is politically canny enough to stay away from making any communally divisive statements in public, his stony silence after incidents of religious violence and blatant majoritarianism – when contrasted with his usual verbosity on even relatively trivial matters – speaks volumes!

The lynching in Dadri of 50-year-old Mohammad Akhlaq on unsubstantiated rumours of beef-eating finally broke the floodgates of national patience with the increasing atmosphere of intolerance in the country. BJP lawmakers fell over each other to defend the perpetrators of the attack, while the PM refused for the longest time to even acknowledge the incident, while happily chattering on social media about other, relatively minor issues.

They need not have done this. The incident happened under the watch of Akhilesh Yadav, the BJP’s political rival. The Modi Government could easily have used the incident to condemn the Samajwadi Party Government in UP and question its administrative competency in the state. However, it lost itself not only public goodwill but a golden opportunity to promote itself over the incumbent Government in UP, all for its dogged inability to show even basic decency and compassion for a member of the minority community.

The protests that have broken out in all spheres of intellectual thought since the incident are not surprising in the least. They have been a long time coming. The brazen murders of rationalists such as M.M Kalburgi, Narendra Dabholkar and Govind Pansare for daring to question the inane superstitions and other regressive aspects of the RSS brand of militant Hindutva had shocked India in recent times, dealing a fatal blow to the culture of free speech in the country. The complete radio silence emanating from the Centre on all issues of majoritarian violence in the nation had not helped the situation.

The decision of authors such as Nayantara Sehgal, Uday Prakash and Sarah Joseph to return awards received from the Sahitya Akademi as a form of protest against the growing intolerance around them was the final culmination of the discontent brewing in the country for quite a few months now. Some may call the move politically motivated, and perhaps in the case of some of the participants, it is. However, two wrongs do not make one right; and one cannot deny the fact that the decision of the writers merely reflects the current mood of the nation as a whole. The world at the moment is undergoing a fundamentalist upsurge, with religious fanatics seizing power in various countries all around. The blatantly communal undertones present in many of the central government’s actions and decisions, therefore, cannot help but cause a certain amount of discomfiture to those witnessing it.

The writers’ protest has now been reinforced by the decision of the three pre-eminent Science academies of India to raise their own voices in protest against the growth of intolerance in the country. Up till now, most activism and social commentary had always originated from the field of Humanities, while the Sciences usually confined themselves to answering the more fundamental questions of natural and physical law. However, the recent developments that threaten to suppress rational thought and logical reasoning in the country, replacing scientific debate with blind superstition and dogmatism have roused even the normally reclusive scientists to raise their voices against this systematic destruction of the natural diversity of India.

All that having been said, I must confess that I still have hope; that my faith in the system and in our rulers has not yet faltered completely. Even now, given the same choices, I would still rather choose the hope of an industrialized and progressive India rather than the certainty of dynastic stagnation and corrosive populism. I do not know what the future holds, and I might well come to regret my choices should India one day turn into a Hindu version of Afghanistan, as seems to be the ultimate goal of the fanatics. However, the Prime Minister must remember that he was elected to Office through a mandate that spoke of the Indian people’s dream of a developed future, not a Talibanized one. Caste and religion based politics may work for a short while, but history will not judge him kindly if he twists the common people’s hope for upliftment into a communal stick with which to beat the downtrodden sections of the society.

Nandini Goswami - April 1, 2020 0
Wondering what you should read? No Fear Shakespeare is what you need to look at - to get boredom out of the way! Hi, the...