It was a regular day for poor Kishan Kumar- a 65-year-old man who works outside the General Post Office in Lucknow and supports his living by typing in Hindi with his typewriter– until he was asked by Sub-Inspector, Pradeep Singh to vacate his spot as he wanted to “clear out encroachment in front of the GPO”.

But Kishan Kumar refused as he had been working at the same spot for the past 35 years while working 10 hours every day and earning a bare minimum of ₹50 only. Further, he had to face the wrath of the inhumane cop. The sub-inspector abused the old man, flung his typewriter onto the ground, and kicked it across the pavement until it broke down to pieces.

All this while, Kishan Kumar pleaded the policeman not to do so and cried as he saw his only source of income being cracked open. He then tried to fix his shattered typewriter worth ₹4000 which is a hefty amount for the old man.

A crowd gathered around to witness this brazen scene but no one had the courage to stop the policeman or even speak up against his act of cruelty towards Mr. Kumar. Rather, a local reporter happened to catch the incident on camera.

The cop, flagrant, didn’t even fail to pose for the photos reportedly and showed no signs of repentance. He then left the site of the incident, leaving the elderly man in his vulnerable state.

Later, this act caused frenzy of rage online as the photos of the incident went viral and people expressed their furore. People have also been collecting funds online to support Kishan Kumar’s lifestyle. The news caught the attention of Uttar Pradesh’s C.M., Akhilesh Yadav and he ordered the suspension of the adverse sub-inspector immediately for “beating up an innocent wage earner”.

The C.M. was also fast to reach out to the District Magistrate and Senior Superintendent of Police and ordered them to visit Mr. Kumar and present to him- two new typewriters. The D.M. and S.S.P. personally visited Mr. Kumar’s house and apologised for the immoral behaviour of the sub-inspector.

They also assured him not to lose faith in the police and expect better. The C.M.’s office posted about the incident on Twitter making the actions of the C.M. and the police department public. 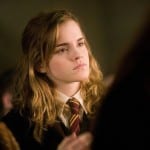