Jose Mourinho seems to be a forgotten man at Stamford Bridge. His second tenure at the club ended abruptly and with rumours of a player revolt. The Portuguese manager was then pushed out the door by Roman Abramovich and Guus Hiddink was left to pick up the pieces for the remainder of last season.

This campaign, the Blues have a new man at the helm. Prior to his appointment at Chelsea, Conte led Juventus to three Serie A titles and managed Italy for several years. 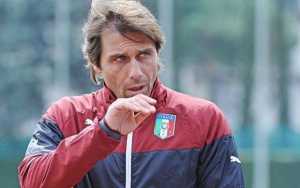 But Conte took a while to get his philosophies across to his new Chelsea players. Drained of self-belief and their brains left numb by Mourinho’s constant lambasting during last season, Conte’s new look Chelsea seem reinvigorated this time around.

He took a while to employ his trusted 3-5-2 formation that he heavily favoured in Turin and for the national team. During the summer he attempted to sign both Giorgio Chiellini and Leonardo Bonnuci to no avail. But just as the transfer window was closing, an unexpected arrival returned to Stamford Bridge. Chelsea managed to capture David Luiz for the second time for a snippet of what they sold him to PSG for two seasons prior under Mourinho.

With another central defender, Conte slowly implemented his desire to play three at the back on the training pitch. And later he would trial it in competitive action. It proved a success – Chelsea look solid, fresh faced and are performing as a unit again with N’Golo Kante and Nemanja Matic providing adequate cover for the central defenders when Chelsea haven’t got the ball.

Similar to Italy in the recent European Championships, Chelsea look well drilled – every player knows their job on the pitch. The Guardian reported in the Euros how Conte’s attention to detail defined his success as a manager. “He is notorious for the repeated drilling of set moves to be employed when appropriate. He’s even spoken of trying to reduce the number of options a player has in his mind, clarifying his thinking to speed up play,” said journalist Jonathan Wilson. And this meticulous approach is now paying off at Chelsea.

Another media outlet that has been vocal about Conte’s choice to change the formation is Betfair, who offer football insights to Premier League fans. Their journalist James Pacheco feels moving Cesar Azpilicueta to centre back has given Chelsea a different dimension and has worked wonders for the Blues giving them added pace at the back. Also, moving Victor Moses to right wingback has helped. Under Mourinho, Moses was often farmed out on loan, and the Portuguese manager had very little confidence in the Nigerian during his reign at the Bridge. Moses is flying so far this season and seems a completely different player under Conte, brimming with a renewed confidence.

Another cause for concern during the latter stages of Mourinho’s stint at the club was that he had lost the dressing room. But more importantly he’d lost the confidence of the big players. Stars such as Eden Hazard, Diego Costa, Cesc Fabregas, Nemanja Matic and Oscar just weren’t performing which ultimately led to his dismissal. However, since Conte has come in, Hazard, Costa and Matic have looked formidable with a renewed vigour in their play.

Sky Sports stated Mourinho paid the ultimate price for losing the dressing room but under Conte there seems to be a personable approach to the Italian’s man management that is resonating with the players. When a manager projects confidence in players, it tends to reap rewards. Under Mourinho, the players were being publicly criticised in the media by the manager. It was a recipe for disaster. And it didn’t last for long.

So is Conte the real special one? Against the likes of Klopp, Guardiola, Wenger, Pochettino, Mourinho and Ranieri he’s up against some world class managerial talent in the Premier League. If he can win the league at his first attempt he’ll be regarded highly among his peers. The early signs are positive though. And he certainly has the resources to accomplish it. In N’Golo Kante they could have also clinched the signing of the season.