I must say, as a person who uses the local transport to commute almost everywhere, there are a list of hurdles one has to leap through. The list is never ending, I did the math and shrunk the list to just 10 points (YAY). So here are the problems one can relate to if they travel by bus quite often.

Say, you handover the conductor a 100 rupee note  for a 95 rupees ticket. You are an extremely lucky person if you get back that 5 rupees change. Now, a plausible scenario would be the conductor asking you for 5 rupees coin/change. My friend, take my advice, hunt for that change. Turn the bag upside down. Look for that damn change everywhere. Because once lost, you are never going to get it back even though you deserved it.

Moral- Always keep change or loose coins with you. Just in case.

Volvo bus window pane, why are you always covered with oil stain? Comprising of a perfect blend of all the elements that would give me a scalp infection. This is not just a hurdle. This is a nightmare. The oil is smothered unevenly and it is not just over one window, it is over each and every one of them. You have to make sure that you DO NOT come in contact with that unholy oily element for the love of your hair.

This is how it’s achieved, an oily head sitting next to the window, guy dozes off, takes the window pane as a good shoulder to sleep on and this marks the commencement of smearing the oil. *cringes*

3. Driver’s way or the highway.

I understand that each one has their very own way to achieve a homeostasis condition, but this is a different radical all together. This is observed in all air conditioned buses. In spite of being in Bangalore for 10 whole years one cannot predict the weather. It’s mood swings are worse than that of a cow menstruating, and if only I got a penny for getting the weather forecast wrong, let’s just say I would be the proud owner of a nutella factory.

Back to the point (tehe), it’s a hot day and you enter the bus, first off it’s stuffy and the driver refuses to switch on the A.C, for god knows why or what reasons. You are there being a potato inhaling the filth and dirt of your fellow passengers in a cubicle where the circulation of air is minimized. Not a pretty picture. And this is when one prefers the normal bus over the A.C. buses. Frankly speaking the normal buses are way better than any A.C. buses. Although there is dust and pollution invading your personal space in a normal bus, you don’t feel suffocated at the least.

This is the scenario, you are sitting next to the window and the aisle seat is occupied, your stop arrives before your fellow passenger who is sitting next to you. The stress you go through; nerve-wrecking. People should understand that there is not much room for legs when seated as such, so how do you expect two pairs of legs to squeeze through that cramped up lot. You brainstorm various other possibilities to get through that situation but the answer is so simple. The person who has taken the aisle seat should get down and give way to his fellow passenger. It’s as simple as that.

Everything in life follows murphy’s law. It’s only when you are in a hurry to reach a certain location, does the bus decide to come an hour late. The other days you see numerous buses storming through the roads like they own them, it’s when you are completely dependent on the bus’s arrival, your whole agenda for the day goes for a toss. 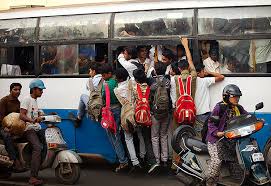 The revenue turn over for the intrastate transport department will definitely cross over crores. Majority being the tax that we are asked to pay. Now we also know that The goods and services tax has not been implemented yet. The bill is not passed. Not yet. So this means the whole amount will be going to the department that takes care of the transport system. How much would it take for them to increase the number of buses that function?

I am subtly stating the obvious, but this is an issue that needs to be addressed. 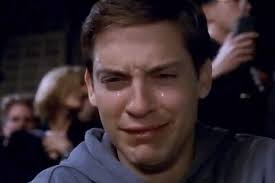 If the bus journey takes an awful amount of time, anyone is bound to fall asleep. Now the result of this not particularly comforting. There are few conductors who wake you up when your stop comes (bless them!). Generally you fall asleep, and you end up waking 10 stops ahead of where you had to get down. 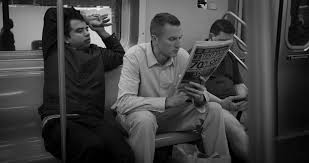 Let us look at things from a neutral horizon and not judge anyone. When a person is talking to someone over the normal decibel you passively become a part of that conversation. Hey, no judging!

Again, it’s the driver’s way or the highway. Not just arriving late, but going and stopping the bus way beyond the bus stop. No, it doesn’t end there. He stops and waits there for 15 whole minutes and god knows why and creates jam. I cannot find enough palms to facepalm.

All things should end on a positive note, irrespective of all the chaos one goes through while traveling in a bus, they (generally) reach in one piece(YAY).With that, I am ending this post also on a positive note.

To all the other bus commuters out there, I feel your pain. I guess the commuter issues will take a long time to go away.

Have a good day fellow humans. 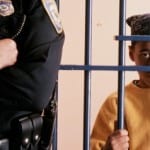