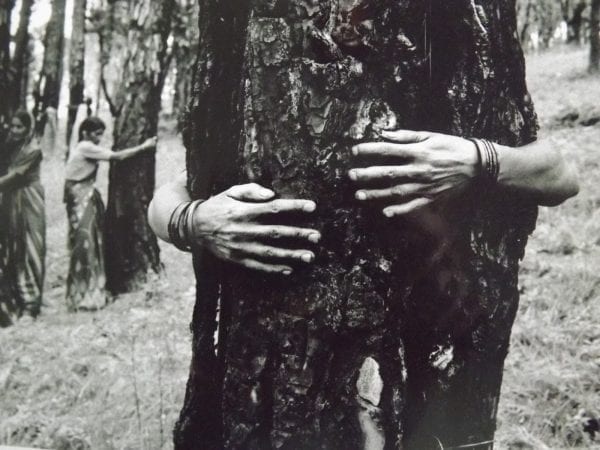 Thinking about working as an environmentalist and working actually for it is altogether two different things. But certain people devote their precious time in saving our precious environment. While we rest or crib about the happenings in the environment, some people move out of the comfort zone and work on it. Here is few environmentalist who have made a tremendous impact on us by protecting environment:

The powerful chipko movement which started in 1974 is well known to everybody as it is taught in schools. Everyone knows the leader Sunderlal Bahuguna, but no one remembers the female leader Gauri Devi, who was the head of Mahila Mangal Dal, at the Reni village. She contributed equally to saving the trees. The day when lumbermen came to cut the trees, along with 27 other women she tried to convince them. But when she failed, all the women hugged the trees overnight till the lumbermen had to surrender and leave the place. This news spread in the nearby villages and several other women came forward for the same act.

A social worker from Khajuraho, Madhya Pradesh, who works for spreading awareness among people about health, environment and education. He is the founder of and NGO Global Village and also organises workshops, seminars in school to aware the future citizens about the Agenda 21. He also worked for the scarcity of water in Khajuraho by rainwater harvesting system. Along with this, he made many documentaries films such as Parivartan and Utthan, which are on women empowerment.

Dr. GD Agarwal is known to stop the damming of the river Bhagirathi. 6 hydroelectric power plant dams were about to be installed on Bhagirathi river. He campaigned to protect the river Ganga by maintaining the uninterrupted flow of Bhagirathi River between Gangotri to Uttarkashi. He commenced his fast on 13 June 2008 and kept it until 30 June 2008 in Uttarkashi. “The water …(of the Ganges) is not ordinary water to a Hindu. It is a matter of the life and death of Hindu faith”, said Dr. Agrawal.

An Indian environmentalist who did not know how to read or write is known for starting a war in Himachal Pradesh on illegal mining and quarrying. She went on a hunger strike outside court for 19 days to and compelled the court to pass an stay on mining and imposed a blanket ban on blasting in 1987. She was invited by Hillary Clinton to Beijing to take part in International Women’s Conference and speak about her efforts and how a common man can make a huge impact.

A bus conductor by profession is well recognised for planting lakhs of trees around Tamil Nadu. In his leisure time, he visits schools for awarding the students about the environment conservation by a projector and slides. Over 25 years he planted 50,000 tree seedlings single-handedly. For his extraordinary effort as an environmentalist. He has been awarded  Eco Warrior Award by Indian Government.

People like these are an inspiration to us, and they guide us that even an ordinary person can make an enormous change and save environment if he/she has a clear vision.