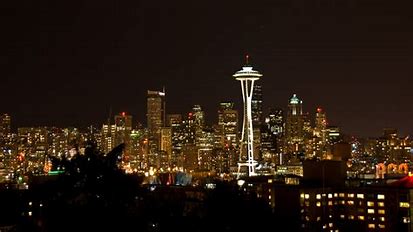 The city of Seattle holds some interesting facts and myths. This article will discuss the myths and facts about this beautiful city.

Large steel buildings against a backdrop of lush green mountains are the emerald city of Seattle. It’s known to be a high tech city with granola roots. Seattle runs a metropolitan area that holds Amazon.com and Starbucks.

Puget Sound and Lake Washington serve as the largest Urban center. Popular myths are surrounding this city, from the fashion sense to their cold behavior. We will unravel whether these myths are true or false.

Every city has some unknown facts attached to it. Before an enjoyable journey, you should some of the unknown facts. These will help to explore the city of Seattle in depth.

Let us dive deep into Seattle’s various kinds of facts. 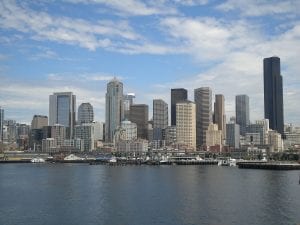 1. There are more Left-Wing Hippies in Seattle

Similar to West Coast cities, Seattle follows a liberal political system. It believes in the “Live and Let Live” policy, which represents the Left Wing. This policy showered upon the city’s rural areas, while other parts are still conservative.

Back in November 2012 ballot, they approved both controversial matters; gay marriage and the sale of marijuana to people over 21 years of age. This city is extremely open to all kinds of matters.

Approval of these two controversies changed the city of Seattle. It’s left to see how it progresses, as the first city under Washington State, to accept both controversies.

An alternative lifestyle also exists, the ones who protest against these. In Downtown Seattle, mass protest doesn’t exist. Most people are dedicated to the living and let live policy.

2. Umbrellas are not Required 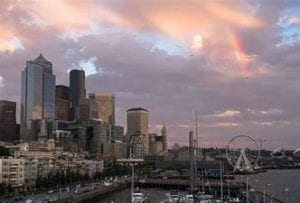 It’s a city that receives lower annual rainfall than New York. Why do you require an umbrella? Locals are seen walking happily under the rain; the drops are low and don’t even matter when you get wet.

Washington doesn’t need any rain gear. Only five companies make waterproof clothes here, similar to Utah. About 8% of Seattle’s locals walk themselves to work, and only a few are left with wet hair.

3. Locals are all Lefties

The socialist Seattle city council, high minimum wage, tall buildings make it a blue fantasy land. It’s in the third position under the most liberal city and in the fifth least churchy state.

In King County 2012, President Obama scored 84.2% compared to Portland 75.4%. But, the city of Seattle is yet to figure public transportation. The sales tax is high, with no income tax, not progressive at all.

It’s often said Seattle people are cold and unfriendly. This city is well known as “Seattle Freeze.” It suggests how locals here fail to create proper interactions. Patience, hard work, good interactions, and feelings are required to build a relationship.

Locals lack warmth, generosity, and courteousness. They feel like vampires from a different world. A psychologist once said that Seattle people need social insulation. They aren’t quick to adjust others in their social circle.

The fashion sense here is casual. Most people wear flip-flops and shorts to work. Few employers even allow pets at their workplace. Some companies follow easy-going policies and less restrictive mindset.

People with skinny jeans and catchy eyeliners are rarely seen.

5. Seattle is an Ideal Food Destination 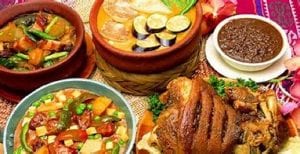 The city of Seattle is home to wonderful delicacies, especially seafood. The Pike Place Market receives plenty of fishes, oysters, and crabs, best for home cooking. Local farmers’ markets sell organic foods and animal products. These products are brought from regional farms outside.

Due to the high Asian population, the city offers authentic Thai, Vietnamese, and Chinese delicacies. You should taste Thai food, Seattle’s best recommendation. The famous Starbucks made its outlet almost in every block.

Beer lovers can drink from numerous breweries surrounding the city. Washington’s own vineyards supply the locals with red and white wine, all year long.

6. Vancouver is the First European to Visit This Area

A man named Vancouver is the first European to visit this area. He is George Vancouver, a famous British Explorer. During his voyage in 1792, he stopped by here to chart the Pacific Coast of North America.

7. Called as the New York State

Originally, it was called the New York State. A ragtag group, members of the Denny Party, settled at Alki Point in 1851, now known as West Seattle. When the party moved across Eliott Bay, the territory was renamed to Seattle.

8. The entire Central Business was Under Fire 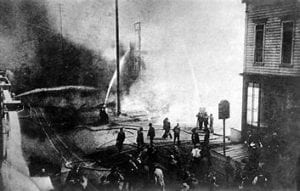 At present, known as “The Great Seattle Fire.” The incident started back in 1889, with a woodworker that mishandled hot glue, almost 116 acres of land turned into ashes. The citizens decided to rebuild using bricks and sones, rather than wood.

9. The First American City to have a Female Seattle Mayor

Bertha Knight Landes, who worked from 1826 and 1828. She was famous for her stand against corruption. For instance, she fired the police department’s chief. Since then, the city has never had any female mayor.

10. The Popular Pike Place Market Started due to Overpriced Onions

Between 1906 and 1907, the price of onions increased, locals and city attorney blamed the wholesalers. The city offered a public market, a place where customers could directly purchase from farmers. Currently, it’s the oldest functioning market in America.

15,000 residents are added over the past years. Only Austin and Denver grew. In the US, it’s the fastest-growing big city, under the third position. Thus, it’s a great city to settle down.

Seattle receives less rainfall annually than Houston, New York, Boston, and Atlanta. However, there are cloudy days with less precipitation, especially in winter. 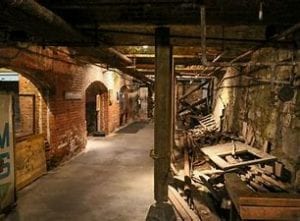 A spooky underground tour is available. It lets you explore the pathways and storefronts before the Great Fire incident. It ends with an elegant saloon. It would be best if you visited here once in Seattle.

Seattle holds the largest population of houseboats. Tourists and locals are ready to pay dollars for these beautiful houseboats. Sleepless in Seattle Houseboat got sold for $2 million last year.

Also read, top myths and facts about the legendary St.Michael. 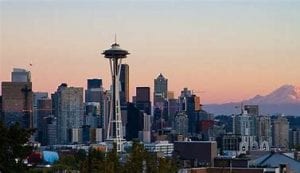 The space needle is an iconic symbol of Seattle. If you have been there with your family, then you know more about it. It’s a 650 feet tall tower with a space design concept, built for the 1962 World’s Fair.

The elevator rides take only 43 seconds to reach the final floor, just like a snowstorm, you’ll feel snowfall while on it. This happens since the left moves at 10 m.p.h faster than snowflakes at 3 m.p.h.

Just to let you know, if you decide to walk up till the space needle, be prepared to take 848 steps. So, the tower isn’t just for exploration, but these facts make it more attractive.

16. Seattle is More Than Grunge 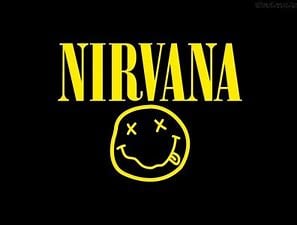 Music fans compare Seattle with Grunge. Popular bands like Nirvana, Pearl Jam, Alice in Chain, and many more are major to Grunge. Seattle has a far better and longer musical history.

These talents include jazz, rock, heavy metal, and country. The tremendous musical army rose from Seattle.

Important tip: Remember to know your exit in a musical venue, just in case of a fire emergency, you know where to exit. 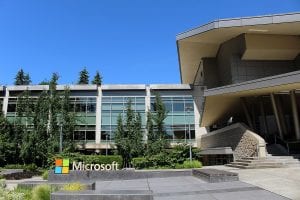 Seattle is a major city for the video game industry. Nintendo America and Microsoft Game Studios are seen in Redmond, WA. Do you know? US Pokemon Company is near Bellevue, WA.

Any game lover would love the Seattle area. Few students even come for a tour at these game companies. These gaming companies are world-wide famous. Seattle holds 343 game developer industries. 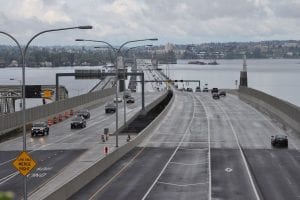 The Evergreen Point Floating Bridge is 15,580 feet in length, and a floating section spread for 7,710 feet. Also called the 520 Bridge and Governer Albert D. Rosellini Bridge.

The bridge’s floating part stands against 77 barges, floating above the water. 58 anchors secure it to the middle of Lake Washington. Made using hard concrete, it was designed to last 75 years. The whole construction cost was $4.75 billion.

A bridge drive is safer than a road drive. Accidents don’t occur at all here.

Even though Seattle holds numerous Starbucks outlets, the city’s coffee is far better than Starbucks.

These coffee roasters are highly respected and renowned. You may find many Starbucks shops here, but Seattle coffee offers a different aroma. 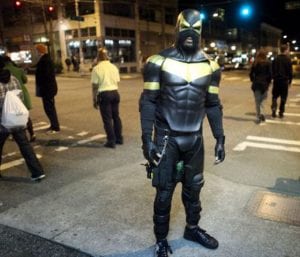 Sadly in 2014, the Raincity Superhero Movement was discontinued. Fodor retired from Phoenix Jones in 2019, due to age and disillusionment. This city still waits for a new superhero.

Seattle locals buy the most sunglasses other than any US city. Quite strange, but few phenomena support this statement: protection against UV rays, water activities that need eye protection, and the PNW lighting; it causes brightness even when overcast.

Even when locals forget their sunglasses at home, they purchase another pair outside. 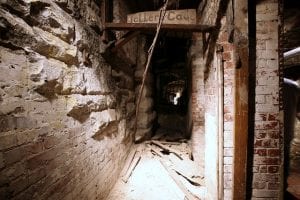 Do you know? There’s a hidden underground portion of Seattle. It’s said, Seattle was built over a city destroyed in the Great Fire, 1889. A city built on a city offers a famous passageway to an underground network system.

Adventure seekers would love to explore this place. The Pioneer Square was on ground level before the Great Fire. As a result, Seattle sits above an old city. Underground business systems are discontinued, but few sections are popular tourist attractions.

Walk over the pavements that earlier served as sidewalks. This is one of the coolest attractions in city of seattle. 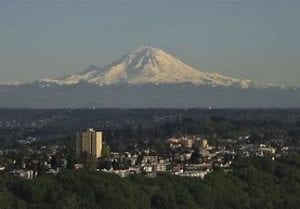 Mount Rainer or Tacoma is always a special site for any Seattle local. It’s a magical mound, standing at 14,411 feet, highest in Cascadas.

Mount Rainer holds 25 glaciers. Among them, Emmons Glacier is the largest in the US. It creates a big ice rink. You can spot ice worms in Mount Rainer, the worms that live on ice forever.

Such worms are only found in Washington, Alaska, Oregon, and British Columbia.

The land, now a city of Seattle is inhabited since 4000 years ago. The famous Starbucks was first opened in Seattle, 1971. You collect unique mugs from the original Starbucks at Pike Place Market. 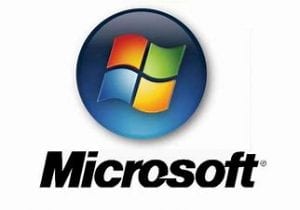 The US’s wealthiest man, Bill Gates, resides in Seattle. He’s the co-founder and chairman of Microsoft. As per, September 2013 Forbes ranking, his net worth is $71 billion. Another great reason to visit Seattle.

26. World’s First Gas Station, and Use of Bicycles

The world’s first gas station opened up in the city of Seattle, back in 1907 on East Marginal Way. Seattle police were the first ones to use bicycles. You probably now know where bicycles were used first.

27. Largest Man-Made Island, and the Mystery of Boeing Company

Seattle’s Harbor Island is the largest human-made island. The Boeing Company was originally a boat company, founded by William Boeing. He used to love airplanes.

After the war, Boeing called off 70,000 workers, and soon the company regained itself as the world’s leading producer of commercial planes.

Seattle served as a departure point for World War II soldiers. Many stayed back at Gardens Parks. A 42 story tower, Smith Tower, constructed in 1914, was West Mississippi’s tallest building. At present, the top floors are closed.

The city of Seattle is a mystery to unfold. I hope this article enticed you and kept you engaged till the end. If you ever run to Seattle, do explore the city in depth. Let us know in the comments which fact amazed you. 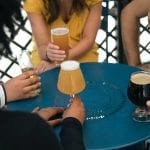