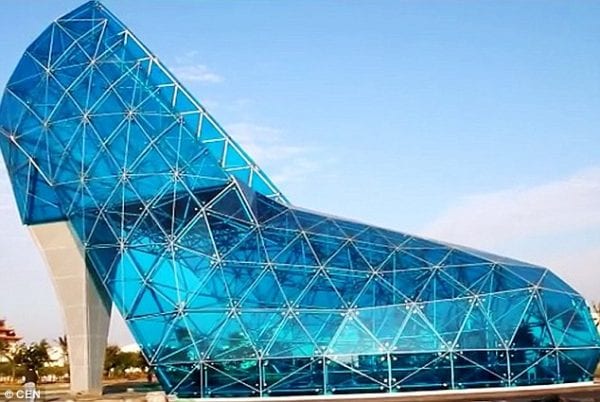 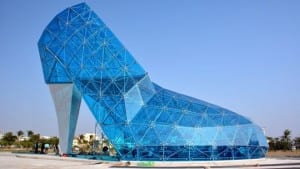 Taiwanese women are visiting lesser churches than men and probably have a really reserved relationship towards religion. The solution by the locals became a world rarity after its realization. You will not believe the result of the willingness to attract Taiwanese women! They created a huge glass church in the shape of a high-heeled shoe.

This world-original architectural masterpiece stands in Taiwan in the coastal province of Chiayi. It is 16 meters high and 10 meters wide. 320 tinted glass panels have been used for its structure. The church is as magical as its cost is, Taiwanese had to pay about US$686,000 (in original about T$23m). 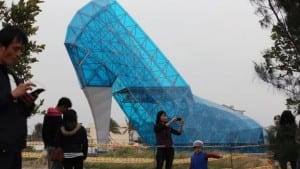 “Aerial footage taken in the area also showed the size and scale of the waterfront church, including an open blue stage with spotlights,” American BBC wrote. If everything will go as planned, the church is going to be opened just in time for the Chinese New Year, which is on 8th February 2016.

The ‘shoe’s’ construction is a result of cooperation between local government officials of one of the luxurious tourist areas in Taiwan, the Southwest Coast National Scenic. The decision about the building of this huge Cinderella shoe was taken in late June.

However, if you still have a feeling that this might be a normal church, well, it will not! “In our planning, we want to make it a blissful, romantic avenue… Every girl imagines how they will look like when they become the bride,” Ms. Pan told BBC. The church is thus built in order to serve wedding ceremonies and pre-wedding photo-shoots. 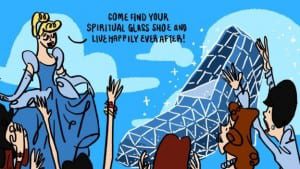 Story that inspired to build the church

Has it reminded you of the story of Cinderella? One shoe, a pumpkin and the Grimms’ classical fairy-tale? But this was inspired by another story that does not finish with a happily ever after. According to local officials, the story began in the 1960’s when a 24 years old woman, Wang, coming from a poor region in Taiwan, was going to be married. However, she suffered from Blackfoot disease, and her legs had to be amputated in order to save her life. The groom, after the operation, changed his opinion, and he never married her. She never married and decided to rather spend her life in peace, aside from the people at church.

The high heel construction is to honor her memory.

Biscuits and cakes will be served inside the church!

In Taiwan, they know how to attract people, and above all, women, to reach the church. “There will be 100 female-oriented features in the church like maple leaves, chairs for lovers, biscuits, and cakes,” government spokesman Zheng Rongfeng claimed to the local media. That is attractive not just for women, but for everybody, do you not think so? “It will be tailored to women, especially female tourists visiting the area,” Zheng Rongfeng said. From February, the prominent tourist center will also have one magical prominent church. 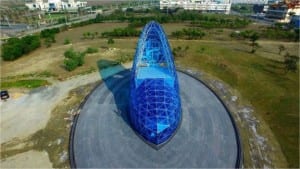 Reactions of women are diverse. On social media of Taiwan and China, we could find various negative reactions as well as positive ones. Some of the women complain about the disrespect it directs towards women and religion. Others consider the new construction as a modern one and a positive step towards development.

But fairy tales are not just for women but everybody, aren’t they? So why not? 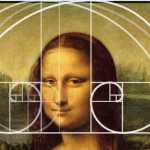