From his batting to his bowling to his Gangnam Style celebrations, casual has always been Chris Gayle’s way. The Jamaican has always been a reliable source of entertainment, especially in the Indian Premier League. But the West Indies player seemingly went too far on Monday during a flirtatious interview with a woman reporter at a local Twenty20 game in Australia, drawing plenty of criticism and accusations of misogyny.

After being dismissed for a characteristically brutal 41 off 15 balls for the Melbourne Renegades against Hobart Hurricanes in the Big Bash League, Gayle was interviewed by television reporter Mel McLaughlin. When she asked about his innings, Gayle replied: “I just wanted to have an interview with you as well, that’s why I batted so well.”

With no visible reaction from the reporter, he continued, “Your eyes are beautiful, hopefully we can win this game and then we can have a drink after as well… Don’t blush baby.” An unmoved McLaughlin then said that she was not blushing.


The interview instantly sparked off roars on social media, with many users including former England international Andrew Flintoff criticising Gayle.

Andrew Flintoff, who is in Australia working as a commentator, tweeted: “Well played @mel Mclaughlin!! Big fan of @henrygayle but made himself look a bit of a chop there.”

Even his own team, Melbourne Renegades admonished Gayle for his flirty words.
In the interaction with media,
Stuart Coventry, chief executive of the Renegades, added: “I heard Chris’ comments and we agree with both Cricket Australia and Channel 10 that they’re disrespectful and simply inappropriate.
We’ll certainly be talking to him in association with Cricket Australia about it. The Melbourne Renegades is all about its appeal to kids, families and females. There’s just no place for that sort of behaviour.”

As the criticism continued, the Big Bash League organisers were forced to release a statement , claiming the words of the Big-man as disrespectful.
This was evident from the words of Big Bash chief Anthony Everard: “I heard Chris’ comments and they’re disrespectful and simply inappropriate.
“We’ll certainly be talking to him and the Renegades about it. This league is all about its appeal to kids, families and females. There’s just no place in the BBL or, for that matter, cricket anywhere, for that sort of behaviour.”

The incident also led to a debate about double standards on sexism, as some pointed out how tennis player Maria Sharapova was not criticised for flirting with a male reporter at a press conference a few years ago.

Now whether this whole incident was intended as a joke or the media blew it out of proportion remains unsaid. 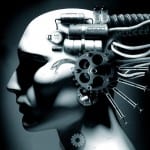