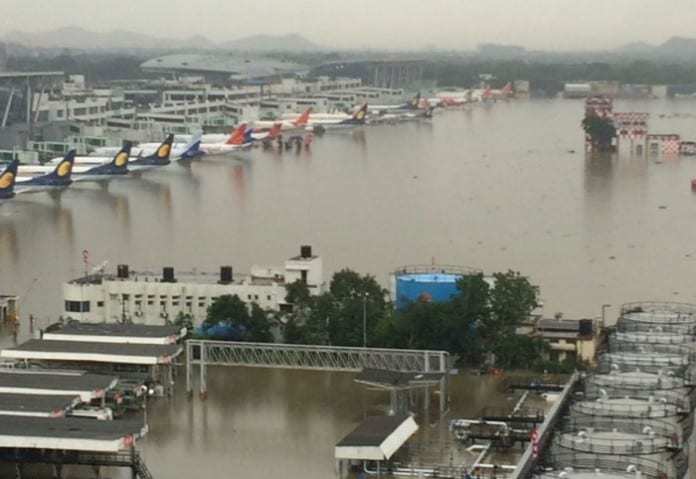 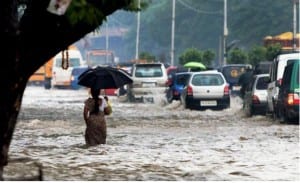 Nightmare of Chennai, indefinite raining has been brought within one of the worst monsoons in 100 years. Chennai, the capital of the southern Indian state of Tamil Nadu, has been hit by the floods and the situation is getting worse as time is passing.

What is out of service?

At 3.57 am the IndiGo server informed about closing of the city’s international airport. The runways as well as the area around the airport is covered by water. It is not clear when the flights will return to their normal daily routine. However, heavy raining is expected in the following days and The Indian Express has claimed December 6th as the reopening date. Some reports claims, there are still about 400 passengers blocked inside the airport. 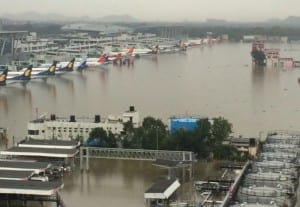 The railway service has been limited until Wednesday evening, 12 trains have been cancelled from the effects of water on the trucks. Train services severely hit due to heavy downpour, Zeenews.india wrote. Public information of suburban services published the information about current situation:

The bridge at Adayar River between Saidapet and Guindy Stations in Chennai Beach – Tambaram section has been damaged due to the heavy water over flowing in the Adayar River, resulting in girder shifting in up and down suburban lines. Detailed inspection and condition of the bridge on the main line can be assessed only after water receding sufficiently and therefore suburban services are likely to remain affected. This is for the information of passengers. The inconvinence caused is regretted.

As the capital of Tamil Nadu suffers from the terrifying situation of the floods, the country officials released the helpline numbers that should provide the elementary protection in this difficult time.

Since the Indian army is highly involved in the rescue action, there are also the number to contact directly their department.

While looking for the help, people from Chennai might use the internet website that had been created especially for the current crisis. More information about spare accommodation, food aid and other rescue services may be found on chennairains.org. 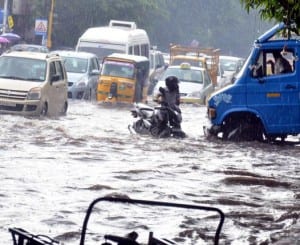 The Food packets and other help

Around 1500 food packets, water and other relief material were spread out by Swayamsevaks in Kolathur. “Nandamuri Brothers NTR and Kalyan Ram have announced aid for the flood victims affected by the torrential rains striking Chennai. NTR has announced a contribution of Rs 10 Lakhs and Kalyan Ram has announced a contribution of Rs 5 Lakhs. The amounts will go to the Tamil Nadu Chief Ministers Relief Fund,” moviegallery.net wrote. Other famous people and actors from Bollywood have joined the solidarity as well.

People on social networks are also attempt to be involved in the rescue movements. Users of Twitter or Facebook are contacting others in order to gain the volunteers to pack, to distribute or to assist the rescue mission. On behalf of The Food Truck Association the company Fuel Up is asking for the needed material or food for the area of Chennai on Facebook. For more information, follow this link: https://www.facebook.com/fuelupfuelup/posts/1720460071517130. Help can be provided also in website http://chennaifloods.ketto.org/. 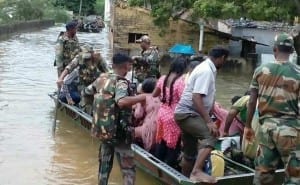 Till Wednesday the floods have taken the life from at least 188 people. Till Wednesday 20000 people have been rescued from the critical areas. “India Meteorological Department Director B.P. Yadav said that Chennai received 294 millimetres of rainfall in the past 24 hours,” The Wall Street Journal India wrote. “India’s National Disaster Response Force dispatched 300 more rescue workers, in additional to hundreds already on ground, according to local media reports,” the same source wrote.

The solidarity can be provided by the money, acts or by the words. The social media users are publishing the messages that contain their deepest feelings toward Chennai. Pray for Chennai!