“This was not my dream of life”,says 30 years old Kamla in a melancholic voice.Kamla aunty has been my neighbour for the past six years.In this duration I have never seen her adorning a grin.Devoid of a university education,she had to get cobwebbed in the instituion of marriage at her early 20’s.A drunkard husband who tortures her like hell and her 2 young daughters who consistently have to forcefully move their father away from assaulting their mother.This is Kamla’s baggage which she has acquired in the past years.This is not just the case of Kamla.I can show you hundreds of Kamlas in and around my town as well as the country.All Kamlas point out one simultaneous reason which shattered away their lives-‘MARRIAGE’.

“Spend the whole life with one whom we love..to be together in all joy and crisis..to overcome all the hindrances holding hand in hand.. all of theses are all nothing but fairy-tale concepts of never-gonna-be-true marriage life.No scientist,no psychiartist has succesfully discovered cause behind prolific divorces around us.Recently,I had a discussion

with one of my male friends about relationships.I was spellbound at his reply that,”I get bored with a relationship after 3 months.“I don’t think his attitude is going to get amended even if he gets into a marriage.But I do agree that there are rarely  few cases,in which people lead a fine marriage life.”

“I’m just a maid to him.Cook food,wash clothes,attend all his works and at the end of the day,I’m physically attacked”,Leela,a typical home-maker in her 40’s, says as she chokes on her tears. These women,whom I like to categorize as “victims of marriage” have been loyal to their so called husbands in spite of the redundancy of their marriage life.They could desert their husbands and run away,they could approach court and file petition against their god given life partner.But the only way they deal with this situation is through SILENCE.Do men want to consolidate the patriarchal society which is at the verge of extinction? Or do they want to revive the anachronic notion that wives are merely home-stuff to be played with?

There are innumerous cases of husbands physically assaulting their wives.In most of such cases,intoxicants(alchohol) plays a vital role.It is not about being drunk,it is all about how you treat your better-half.Marriage is a an agreement in which both party signs to be loyal and are obliged to apply the policy of give and take.For women what marriage means is ‘sacrifice’.It brings too many responsibilities.There are some families in here which still imbue their daughter-in-laws over dowry.In this technically entrenched era,amidst of instant marriage-divorce world,people are deliberately annihilating their moral values.Who will be capable of describing the meaning of “7 janmon ka saath” to the upcoming generation?

As a woman it is my request to all girls and ladies out there to stop suffering and start reacting.I am not speaking against marriage here,I am speaking in total opposition to those marriages in which women are crushed mentally and physically.We arrived in this world alone and we will be leaving alone .So it is our right to raise our voice against abuse.It is the dream of every girl to be cladded in bridal attire .Her eyes glow with the anxious reveries of her beautiful marriage life.By marriage,we girls relish for a partner who cuddle us ,not one who suffocate us.

Hi folks
I'm doing ma graduation in english literature.I belong to kerala basically.
Writing has been my passion since my childhood.There are certain things which can't be orally communicated.But such expressions n emotions can be penned out.I believe writers can change the world

"pen is mightier than the sword" 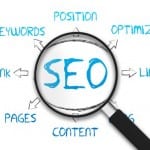