Can Marking in the Report Cards Judge an Individual?

Education is the important aspect not only in a student’s life, but also in their parent’s life. Every parent wants to impart knowledge to their child and also expect to score higher than their neighbor’s or relative’s child. Even a primary school child is always judged how much marks he scores in his report card.

An accomplishment goal for education is to score more and more marks. Almost every Indian child always has choice to only be an engineer or a doctor. If he has another objective to do something else, he is examined as an infantile youngster. According to Indian education system, if a person scores good marks in higher secondary education, he should be doing engineering in some IIT’s or NIT’s. Not every individual wants to become an engineer or a doctor; if he aspires he can become an artist, a cricketer, a singer, a dancer or whatever he wants to, it’s time to let him be and flourish! A child needs support and motivation from the parents and society.
Here are the some examples of successful people who did not care about their report cards.

Franklin was an author, scientist, inventor, political theorist, politician, postmaster, musician, civic artist, satirist and diplomat. Franklin had really worked hard and he was completely self-made man. But do you know, he had to left his schooling at the age of 10 due to family financial condition and forced to earn a livelihood for their family? He always believed, “The harder you work the more you evolve as a better person”.

He is a famous Indian Actor who appears in Bollywood movies. He made his debut in Ishqzaade, a romantic movie. From there he gained highly positive reviews and also nominated as the best make debut. He was failed in twelfth examination and he quit studies. He gained lot of weight and less confident. But who knows that sloppy grumpy boy would turn in to handsome hunk of B-town.

Dhirubhai Ambani was born in the western state of Gujarat. He was from a family who knows how to stretch every penny a long way. He was hard working, intelligent and tenacious but had a less interest in education. He wanted to build his own lines of fate and so he did. Now he is regarded as the famous business tycoon of India and founded Reliance Industries.

He was a theoretical physicist who developed the general theory of relativity. He was a typical child with extraordinary curiosity for science. He ended his formal education at the age of 16. He also tried to enter in Federal Institute of Technology. Due to the lack of knowledge in other subjects he failed. Now, his name Einstein is synonymous with the word “genius”.

Lincoln was the 16th President of United States. He received his formal education for an estimate of 18 months. He walk miles to borrow a book. He worked variety of jobs including shopkeeper, postmaster, surveyor. He set up a national banking system while he was a president.

Rabindranath Tagore was a bengali poet, philosopher and an artist. He wrote many novels,dramas and poems and composed music. Tagore was an utter failure in school and an inattentive student. He flunked in his exams then he was taken out and home tutored.
Gitanjali was a world famous poetry book of Tagore. Jana Gana Mana, the national anthem of India was one of the works of him.

He was a businessman and an American inventor. Edison developed hearing problem at an early age and one of his teachers use to call his addled and dropped out after three months of education. But now he is known as the best for his work. He was a successful manufacturer and businessman who was highly skilled at marketing his inventions. He developed many devices that influenced many lives.

He is an inventor, computer programmer, philantropist, investor. Gates co-founded the Microsoft, which became the world’s largest computer software company. Gates dropped out from Harvard University and started a business and he got failed. Now, he is the richest man in the world. He believes if you are intelligent and know how to use your intelligence you can reach your goals and targets.

He was a cartoonist, entrepreneur, voice actor, film producer, animator. He co-founded the Walt Disney Company. He was 16-years old when he left school and joined Army. He was rejected for being underage. He won 22 Oscars Awards and 59 Academy Awards.

Steve Jobs was best known as the CEO of the Apple Inc. Like every person he wanted to do a graduate degree but he dropped out in first semester and he founded Steve Wozniak and they made their own company and called Apple. And now he is recognised as the pioneer in Micro computer Revolution. He definitely made the world better.

However, in college life definitely a book worm cannot survive. These are not mere examples. They are the inspiration for those who stop believing in themselves.

Just remember, simple grading based on whatever you wrote in exams doesn’t judge you. Don’t always stuck in to piles of books, there is a world beyond that. 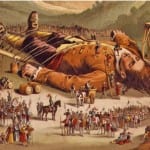