Can a mosquito bite hurt? How much do you think would a mosquito bite cost you? For a worker in China, it meant a swollen face that made him difficult to even turn on his eyes and losing out on his job.

A factory worker had to be rushed to a hospital after his face began to swell up due to a mosquito bite. Mr. Zhang, the victim had great difficulties in opening his eyes right after being bitten by the mosquito and his co-workers had a hard time figuring out what was wrong with him. Soon, puss started oozing out of his face and was rushed to the hospital.

Can a Mosquito bite hurt?

Things Went From Bad To Worse

He was turned away by countless doctors because they could not figure out what to do with him when he reached the nearest hospital. To add to his misery, he was fired from his job because he did not turn up at work as he went to seek treatment. The incident occurred at a printing factory in the Eastern Jiangsu province in China. The incident occurred while Mr. Zhang was running his night.

Doctors state that such symptoms can occur rarely if a mosquito bites on a lymph node. Thankfully, all that was required to cure him was a few bagfuls of ice. He is now recovering from the swollen face and expects to get back to normal life soon. 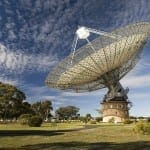