There are various taboos in Indian society regarding menstruation. During those 4-5 days, girls are asked to follow many do’s and don’s without any logical explanation about them. They are usually not allowed entry in the temples or they are kept in separate shelter rooms etc.

At first, all these things seem illogical and girls find it hard to understand this view. It’s right to question all this as we are never offered any logical reasoning behind this and the process is simply a natural one so why are girls punished for this.

Why are girls not allowed to visit temples during menstruation?

Earlier temples used to be generally at some heights and the travel time was cuber some. So the women were asked to avoid going to temples. It has got to do nothing with purity or impurity. In fact, girls are considered to the purest during those days.

In the Kamakhya Devi Temple of Assam, one of the most important Shakti Peeth the goddess is worshiped in the form of YONI (vagina) and is considered very powerful. Even the goddess as here has three days menstruation cycle and the blood of menstruation has some hidden powers and is therefore used in various rituals. So girls if you are not allowed to enter temple this does not mean you are impure.

Why sex is prohibited during menstruation?

Not doing sex is again not a question of pureness. A girl becomes physically weak during those days and doing sex requires a lot of energy which her body does not allow at that time.

The reason behind shelter homes for girls during menstruation is also the same as the men in olden days were mostly out for work and when they returned their sexual desires were too high to control. To avoid any sexual intercourse, women were kept separately in shelter houses. Their low potential and energy level is also the reason for their restrictions on doing any task in the kitchens.

These are some reasons for the period taboos developed much before and seemed logical only as per the life in olden times but now with a better lifestyle and another advancement, they have got little or no relevance. 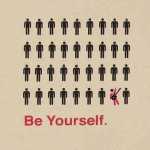 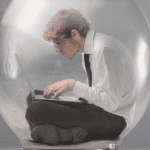