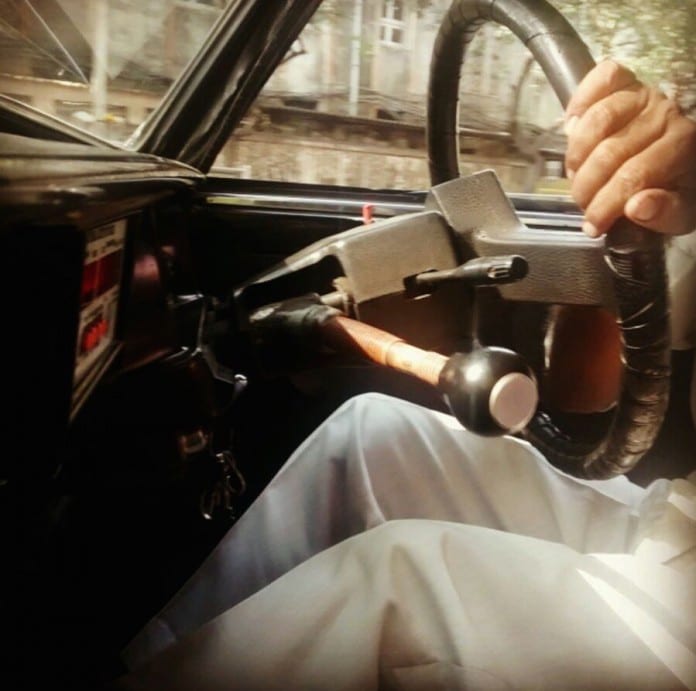 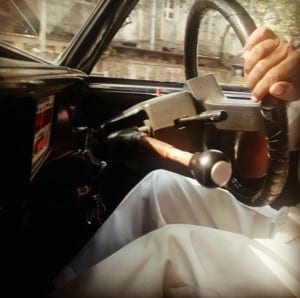 With every passing day, there are people who succeed. Who make it in this race. And there are those who try. People who try to do what they can to feed themselves and live with a little dignity.

One such person is Ajay. He drives a taxi, a kaali-peeli, around Mahalaxmi and Haji Ali and has been doing that since the past 4 years. With a pleasant smile to all his customers, one can see the glimmer of hope for a better future, with the incense burning in front of the idol and a smear of vermilion on his forehead. As we sat in the taxi, he asked us about our college and surprisingly spoke in perfect, non-accented Hindi interspersed with a few English words. As our curiosity peaked, we caved into it and asked him the question, “Bhaiya, aap itni achchi English kaise bolte hain?” (How are you so fluent in English?) He turned around with the simple smile and said, “Main HDFC bank mein kaam karta tha.”(I used to work in HDFC bank.)

Intrigued we urged him to continue his story. What was to follow was an astonishing story. One that left us deep in thought about the various layers this city and it unsettled all of us, fresh college graduates, starry-eyed and hopeful. It made us think about what we were really getting into and question if we were ready for it at all. Ajay Bhaiya told us his life story in a span of 15 minutes. One that spanned the last 15 years. He told us of an ailing mother, a struggling son and the hardships that he faced till today.

His story started with his financial struggle to finish college and get a job, a good-enough job. He knew he was bright and the people who came from HDFC thought so too. He became an over-achiever, working hard to pay off the loan he had taken to care for his sick mother. However, Fate had something else in store for him. It was the year 2009. Unable to pay the salaries because of the global meltdown, the bank paid him a measly Rs.8,000. The rest of his pay package, he could see, went to the female colleague who often spent hours in the boss’ cabin. Frustrated yet helpless, he kept working hard until a terrible fever landed him in the hospital. Dengue. 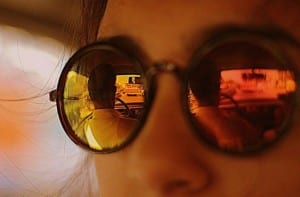 When he returned to his room in Dharavi two months later, weak and thin, he realized he had no work to go back to. The loan loomed large on his head, hanging like a sword about to tip. Frantically he began asking his five roommates for work. Days passed, but no opportunity knocked on the weather-beaten door. They fed him, nursed him back to health. One day, Kishan, a neighbor came hesitatingly with an offer for work. He said there was a need of a taxi driver. Ajay leaped at the offer and grabbed it with both hands.

Today he earns close to Rs.30,000 a month over the rent he pays his brother-in-law for the car. He says his mantra is simple, “Work hard and this city will reward you. Even though I have no blood relations, I have my brother with whom I live. We have been together through thick and thin and we know that we have someone to fall back upon in times of need.”

As we reached our destination, we were stunned into silence by the moving tale of this humble and kind person. He asked us not to give the beggar boys any money. That same money would be gulped down by their fathers or employers before beating them that night, or worse yet, would be blown away like the smoke filling the boys’ lungs, bringing them closer to their impending doom – a spiral into addiction and crime.

We bid goodbye to AjayBhaiya, who smiled at us and told us, “Concentrate on your studies and work hard. But have fun. These days won’t come back.” The four of us had a hundred questions racing through our heads but I managed to ask him one: What he wants from life now. His answer was as touching as the rest of his story. He said, “I’ve almost paid off my loan. I want to buy my own taxi in the next year or so.” 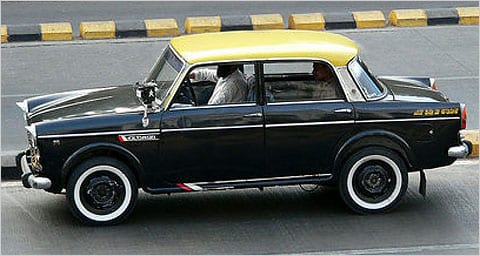 Ajay Bhaiya with his humility, sincerity and ambition made us believe that maybe, we could make it in the big, bad world too. Countless others like him survive and live out their whole lives in the mad rush of the city called Mumbai. But what really makes it a part of everyone’s lives are the people. People who struggle and fall yet are able to get through the day to start the next with a smile.

5 Bad Qualities That Make People Want to Slap You