Don’t you think that life moves too fast and most of the times, there’s always something that we are missing in your lives?

Can money buy you everything, even peace??

If you think so, then you are wrong my friend!

You get to know everything about your favorite celebrities, whether it’s their diet routine, their favorite movies, or brands. But, did you ever realize that they had some mental illness, which they very well know how to hide; Be it Praveen Babi, Meena Kumari or Rajesh Khanna they had it all but still, they descended into devastating hell and the reason being their depression.

It’s like we are not managing time, time is managing us

With such a fast pace, our life is affected to great extent. The feeling of depression, mood swings, anxiety, stress is very common. Call it mental illness or depression, it just not only takes away your whole happiness but at times, may affect you to the extent, that you stop feeling the natural delight of your life.

Not only we, the common people but our Bollywood celebrities who have all the name and fame, got everything in life to interest them, even they face such mental problems. They have a huge fan following surrounding them, but deep down, they are all lonely and vulnerable.

You don’t get anything for free people.

Even popularity has a huge price to pay for.

5 Bollywood Celebs With Mental Disorders! And Yet, They Made It Big!

We all know her success story very well. She is now counted among the top most heroines in Bollywood, but there was a time in her life when she too got shattered. She faced panic attacks, loneliness but she ended the whole trauma like a superhero. She took medications and overcame her condition and came out with a huge storm and lot of hits in 2014.

She even said in an interview that ’Every morning, it was a struggle to wake up, and shoot for Happy New Year(2014) climax.’ But we are glad she made it.

Yes our own Badshaah, has too suffered a phase of depression but came out of it. During shooting in 2008,  he tore a ligament in his shoulder due to which he went under a surgery. All this suffering led him into depression but he battled it out victoriously and has spent almost two successful decades in Bollywood and we hope to see more of him on screens.

She is a very successful Bollywood actress of her time, but she too battled depression due to problems in her marriage. But she is a brave woman, and she proved it. She even described her depressed state of mind on Facebook due to her former husband, Samrat Dalal.

The ILU-ILU girl is an inspiration for all of us.

Munnabhai of Bollywood too had a hard phase in life. During his time in jail, he too battled depression. He had many sleepless nights and remained depressed. Marital imbalances, his father’s demise, and then prison led him into depression but he is a star and he proved it.

She was a heartthrob to millions but, unfortunately, she suffered from paranoid schizophrenia and was severely depressed due to her many failed relationships. She used to feel so lonely that she went off and was found dead, locked inside her apartment in Juhu. It’s said that she committed suicide to end her suffering.

Depression is like brain cancer. You need to be not physically but mentally strong to fight over it, otherwise, you will LOSE in this battle called life. 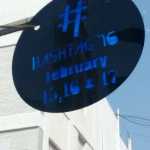