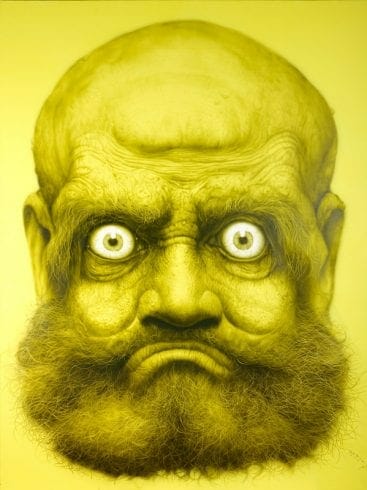 A fan made drawing of the Countenance of Bodhidharma.

This is surely a scary countenance. I am sure most of us Indians are not acquainted with this person. But it is this man alone who changed the face of China to a great extent. This Indian is Bodhidharman. He was an Indian prince who left his country to reach China and learn and preach about Buddhism.

Bodhidharman is A Man of Legends

There are many great legends and rumors associated with this great man. They are too great to be told in one tale. But some of the notable tales are as follows.

Bodhidharman was an Indian prince and as such he was trained in all the disciplines the royalty must learn. That included medicine (traditional Indian medicine called Ayurveda), politics, and most importantly combat. He was an exceptional warrior who trained in the fighting style of Kalaripayattu.

Kalaripayattu is the most ancient form of indigenous martial arts in India. Legend has it that Shiva taught it to his disciple Parashuram and it had flourished in South India until India was colonized by the British and indigenous fighting styles were banned to prevent warriors from rebelling against the British crown.

It is said that this Indian man left his home country to learn about Buddhism and left for China. In China, when he reached the Shaolin Temple to be a disciple, the Shaolin monks were suspicious and treated him with hostility. He was turned away. H then went to a nearby cave and started meditating. He meditated continuously for nine years. There is a great debate on the matter if he meditated or fell asleep. Yet, in the end, he impressed the Shaolin monks and they accepted him with open arms.

Bodhidharman once the Disciple Becomes the Master

After joining the Shaolin monks Bodhidharman found that the monks were physically very weak and could not stand long hours of meditation. They would fall asleep while meditating. Bodhidharman then created a series of exercises based on Yoga and breathing techniques to make their body strong.

It is from that the monks were introduced to martial arts. That is where the martial arts in China took hold and to this day the Chinese martial arts take their form and shape from the ancient Indian martial art of Kalaripayattu.

It was because of him that the Chinese were enriched with such a beautiful form of art and yet he is unknown to us.

He being a man of simple tastes was happy just being a Buddhist monk. He wandered around the country of China preaching Chan Buddhism. Through his teaching, he gained many disciples and he was considered so holy that he had been named the 28th patriarch of Buddhism directly in line back to Gautama Buddha himself.

Bodhidharman was the man who taught the Shaolin monks how to practice the internal martial arts which are called the Eighteen Arhat Hands. This is reflected in the classical text called the Sinew Metamorphosis Classic. This is the foundation of all of Shaolin Kung fu.

In addition to that he is said to have reached China while going through South East Asia and wherever he went, he preached the doctrine of Mahayana form of Buddhism and martial arts. He is also attributed to be the creator of the Pencak Silat form of martial arts, a martial art traditional to Vietnam, Brunei, and some parts of the Philippines.

Wherever he went he has enriched the people. Truly he is a Buddhist disciple. He only gave and did not ask anything in return.

Bodhidharman Becomes The Man of Legends

After learning Buddhism from the Shaolin monks then surpassed them and started preaching to the eastern and northern provinces of China. It is hard to believe that such a man with so many diverse qualities existed and the man became a legend himself. India has forgotten the name of this hero, but the Chinese and Malaysians and other parts of East Asia still remember him reverently. He is called Damo in reverence and there are many temples and statues dedicated to him.

I think it is time that we pay homage to this great man. He has been the light of India who has preached about Buddhism and given birth to many varieties of martial arts. It is because of him that the world has benefited so much from ancient India. I am not saying that we erect statues in the name of this great man, but let us all at least be knowledgeable about the achievements of this man. 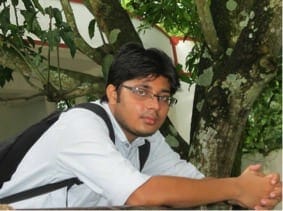 Rajorshi Mukherjee is a computer science graduate and has always had a passion for writing. He strives to be a polymath at some point in life. Always trying to seek novelty and hone his skills, Rajorshi aims to do things differently. Having a degree in Computer Science and landing a job wasn’t enough for this man. So he took the first step to an unchartered territory of life.