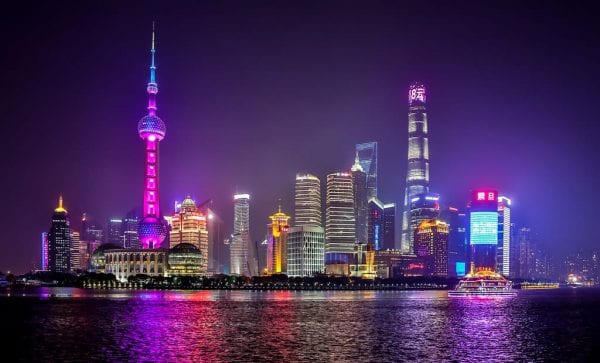 Shanghai, initially being a fishing village and market town is today amongst the four municipalities of the People’s Republic of China. The highly favorable and prime location of Shanghai Port has made it the World’s busiest port. Its geographical location of the Yangtze River in the north and Hangzhou Bay in the south is the reason behind many best water towns near Shanghai.

In the southern part of the Yangtze River, there is an area called Jiangnan. To live in the natural surroundings of rivers and lakes, the residents have developed and enriched it! The flow of the river has shaped each of these ancient towns differently, but they are connected like a network. This was formed in the 11th century and is also famously known as “the Venice of China.”

To get a clearer idea about the most picturesque water towns in China like the Zhujiajiao water town, Click Here.

Each of the best water towns near Shanghai has something different and unique to offer. You would get confused in deciding whether to visit all of them and have a glance at each one of them or visit a few and know them thoroughly. Well, the choice is yours once you get to know about them.

1. Tongli – The Venice of the East

A water town, known for its network of 15 canals made in the Song Dynasty, Tongli is just two hours from Shanghai. It is a very peaceful town due to less amount of commercial activities. One of the best water towns near Shanghai is a Horn-shaped town and very attractive to visit during spring and autumn.

The specific attractions of this town, which will take you a day or two, are worth visiting. They are-

UNESCO recognizes it as a World Heritage Site and a classic artistic garden!

This is a model created with pearls based on the story of Fangqin and Chen Cui’s.

Among the 55 varied shaped old stone bridges in Tongli, these three bridges are believed to be secluded by the folks. The three bridges, namely Taiping, Changqing, and Jili, represent the three blessings of getting married, the birth of a child, celebrating a birthday. On these occasions, the folks walk across the bridges wishing for well-being.

It is an island on the lake. It is a scenic place with Buddhism and Taoism.

To get to know more instincts on the Venice of the East, check out this video.

To experience the historical essence of China, to know how people actually live and see the traditional and western architecture at the same time, Nanxun water town will be one of the best water towns near Shanghai for you.

You will find this town picturesque but very tranquil as there won’t be a lot of tourists lurking around. Instead, you would see local people busy in their daily activities. This town is in the shape of a cross when looked from above. Its attractions include-

This is the traditional street styling that is preserved in Nanxun.

There are many structures of which a few are cultural heritage.

Being the most popular and having a long history of 900 years, ZhouZhuang is a very crowded and commercial town. It is circled by water and the houses built on four main rivers, so, you are to take a ferry and roam around the town. It is shaped like a nest. It has many attractions, and here are a few sorted for your ease-

Among the best water towns near Shanghai, ZhouZhuang has double bridges as its symbol.

This is a house of the first millionaire of Jiangnan and architecture of 1742 built consisting of around 100 rooms. You cannot miss visiting this place at all.

This is a Taoist temple built during the Song Dynasty.

To explore more into the ZhouZhuang water town, watch the video.

If you love the surrounding of the shade and beauty of the night, then Xitang water town will be one of the best water towns near Shanghai for you. This is the only water town having sheltered waterside streets. This is called covered corridors, which is simply a street with a roof. The other attractions include,

A unique garden possessing five courtyards and in one of the courtyards, there is a beautiful bridge, which allows only one person to pass through at a time.

This is within the Zui Garden itself built by a painter and calligrapher, Wang Zhixi, whose works are preserved in the garden and the hall.

A scene of Mission Impossible iii shows the beautiful scenic beauty of Xitang.

5. Wuzhen – A-Town Just Out of Paintings of China

A beautiful Dreamlike town in the shape of a ribbon is undoubtedly one of the best water towns near Shanghai. This place is a host to China’s World Internet Conference since 2014. It is a heartwater town as it is located in the center of the ancient water towns and even lies between the triangle formed by Shanghai, Hangzhou, and Suzhou.

A famous revolutionary writer Mao Dun and a painter, calligrapher, and also a contemporary poet, Mu Xin, were born in the beauty of Wuzhen. The places to not miss here are:

Here you can see works of Mao Dun and his living style together as the House is divided into three sections for the exhibit.

If you are an admirer of art, you must visit this museum where his works are displayed and preserved.

A scenic attraction of Tongji Bridge and Renji Bridge gets this name because one can be seen through the arch of the other.

This is a town full of clear streams. In the summertime, it blossoms heavily to be called as a “Hibiscus town” or “Rivers Flowing in Breeze.” This place has given birth to the peasant painters and is home to many of them.

Fengjing is divided into the old town and the new town. The new town is in the Canadian theme. This new town possesses an industrial zone. The places to visit in this best water town near Shanghai are-

Located in the Fengjing town, this exhibition hall is of a famous cartoonist. Inside the hall, there are tons of satirical and humorous works of Ding Cong.

7. Jinxi – A Small Town of Museums

Jinxi is not much known as the best water town near Shanghai. It is a quiet town in Kunshan, Jiangsu province, China. It is not much sophisticated. This town is known as the “Hometown of Chinese Folk Museums.”

If you wish to have calmness and want to stay away from the hustle and bustle of overcrowded tourist spots, spend a day here. The spots of beauty here include:

It has a collection of 14 categories, which include tiles, various kinds of bricks, roof, dripping water, and much more.

A Pool temple with many remarkable Buddha statues!

It is a water cemetery located in Wubao Lake. It is also known as Chen Fei’s Water Cemetery.

“The Seal Carving Art Museum of the Golden Stone Family” is a double-story high museum of the typical Qing Dynasty.

There are 115 celebrities here in the hall, which was found by the people’s government of the town in 2003, to carry forward the cultural traditions and heritage.

8. Luzhi – A History Frozen in Time

This is one of the oldest towns and best water towns near Shanghai. The Luzhi ancient town is surrounded by five lakes, which provide it the authenticity of being a water town. The Chinese Government has given this town a place in the list of “Ten Famous Chinese historical townships.” This town offers many attractions to the tourists, like-

Built-in 503AD and consisting of 5000 halls, this temple preserves the national treasure of Arhat Statues.

This Memorial Hall contains the works and life of the very first reformer of China and a writer, publisher, columnist, Wang Tao.

Lu Guimong was a renowned poet. This place preserves the two of the trees planted by himself and also a Fare Breeze Pavilion.

Here, you would be allowed and thrilled to learn how to brew a distilled liquor, famous in Qibao.

Well, these are the most famous water villages near Shanghai, and you sure would wish to have at least a day trip to each of them. Deciding is undoubtedly going to be hard among these traditional Chinese towns, bearing lots of ancient bridges, famous ancient architecture and museums, and a lot more. These are surely the best water towns near Shanghai to give you a bag full of culture, history, stories, tranquility, memories, and for sure mesmerizing photographs to preserve for a lifetime. 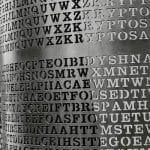