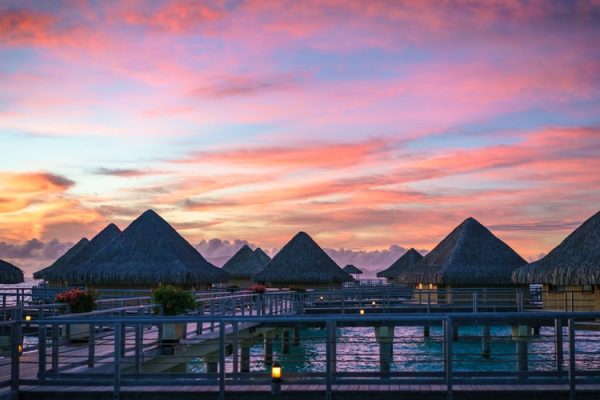 Bora Bora is known as the ‘Pearl of Pacific’. With nearly perfect weather all year long one would ask, what is the best time to go to Bora Bora?

Situated in the Pacific Ocean just south of the equator is a little piece of tropical heaven. Bora Bora has been a tourist destination for as long as one could remember.

Since it is south of the equator the season is reversed as compared to North of the equator. Meaning the months of May And June are ‘winters’ while December and January are ‘summers’.

But since the Island has tropical weather there just two season instead of a typical four seasons. These two seasons are ‘wet season’ and the ‘dry season’. 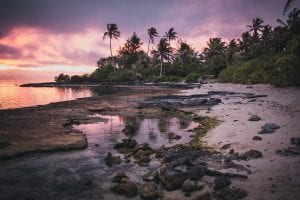 Many might not regard January as the best to go to bora what with it being the smack middle of the wet and rainy season. But if you are on a tight budget and are looking for the best deals, then January might be the best time to go to bora bora for you. 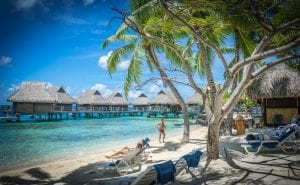 Like mentioned above. Each month has its pros and cons. With January you witness about 12 inches of rain on an average, and that can cause a bit more humidity than normal since it is a warmer time the temperature range from high 80s°F (high 20s °C) to high 70s°F (low 20 to mid-10s °C).

Due to this, the humidity increases, and so does the mosquito population.

But along with all these cons come the pros. The resort and hotel’s prices are at an all-time low. Many people do spend their new years in Bora Bora, so if you go right as that traffic of tourists has just left, you will be awarded the best discounts on luxurious rooms.

Let’s face it, the beautiful scenery of the island is not going to change even if it is raining and topping it off all with the luxury of the hotel rooms; you get the best of time on the island.

February is the month of love. So for all the couples or the honeymooners, it is one of the best time to go to bora bora. Bora Bora is known to be one of the most romantic destinations in the world and no matter what time you go will enjoy. But this month has its pros as well. 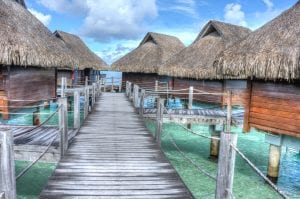 This month experience an average of 9 inches of rainfall. And the temperature is in the mid-70s to mid-80s °F (mid 20°C). The humidity is also mostly bearable.

Since the tourist traffic is almost nil, you can get the best price on luxurious resorts and romantic suits.

And depending on the calendar of the year you might be able to catch the Chinese New Year celebrations celebrated in the French Polynesian style.

Planning for a honeymoon? Click here to know more on the topic.

March brings with it even more amazing weather much clearer skies. The temperature still can touch up to the high 80s (26°C) due to which humidity still plays a key factor.

On the brighter side of things, the rainfall is even less now coming down to only 7 inches average per month. 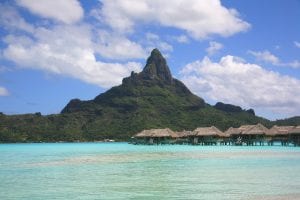 This is the best time to go to bora bora because you have literally no tourist. The romantic getaway tourists have left by this time, and the other tourist won’t be making their way on to the island till late in April.

April is considered as the “shoulder month” by many, and it is why it is said to be the best time to go the bora bora. 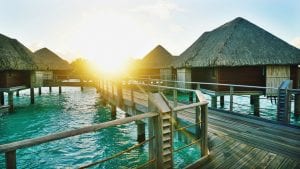 It is the time right before the peak season starts and it much quieter than the peak seasons. The island is just gearing up for the hordes of tourists arriving the next month.
Because of this the resorts and hotels might give a discount, or you might get a great deal on the rooms.

Moreover, with only 5.5 inches of rain in the month, the weather is near perfect. The temperature starts to get to the low 70s, and the humidity also comes down. The mosquito population is almost gone by now.

Click here to know about the top 10 romantic things to do in Bora Bora.

This the start of the peak season. The island is brimming with life. The first batches of tourists arrive, and the island is at it it’s most colourful.

May is the starts off with much better weather with temperatures ranging from low 70s to mid-80s. The rainfall is now at just 3 inches average for the month and humidity is virtually nil. 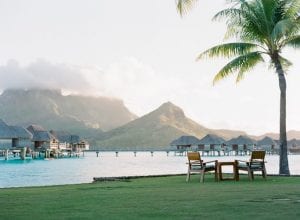 The resorts and hotels start to hike up their prices, but with the fine weather conditions, it is a bearable price. The outdoor activities are open to allowing clear weather.

One of the main attractions for this month is the Tahiti Pearl Regatta. It is a race which changes course every year and goes through almost all islands of French Polynesia. Even is the race does not pass through Bora Bora, all around the island, people rent boats and yacht to watch and cheer the racers, bring high spirits all around the island.

June continues the peak season with a whole lot of festivities, and cultural beauty of the island is at full display.

By now tourists have arrived from near and from for. Europe and The States have their vacations starting, so that means that the far-away tourist is also reaching the island. 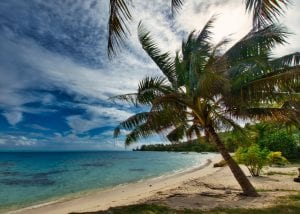 Since there is a flux of tourists, the hotels and resorts also organize recreational activities and excursions of their own.

The temperature is on low of the 70s to low 80s and humidity is gone. Rainfall is at a minimum of 2 inches. This is the best time to go to Bora Bora because you get the best of the island, with water sports, diving, and sun the vitamin D of the sun up.

July is the best time to go to Bora Bora. It is near the peak of the peak season.

The weather conditions are perfect rain amounts to only 2 inches, and temperature ranges from the high 60s to low 80s. 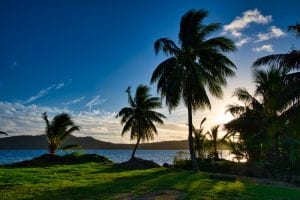 This is the best time to go to bora bora for all outdoorsy people and adventure enthusiasts. With several national holidays in the month, one can try to appreciate the French Polynesian culture.

This is widely regarded as the best time to go to Bora Bora, which concedes with the fact that it is the very leak of the Peak season. 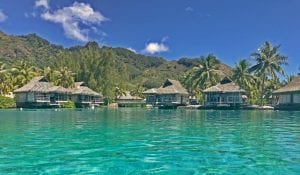 The temperature never strays from the high 60s to low 80s. Rainfall under two inches means, no humidity. Many regard this as the winter of the island.

The hotels capitalize on all the tourist and arrange the best dining deals adventure packages and excursions.

The influx of tourists has mostly left, which why the island is much calmer.

The weather is perhaps better than that of August as the trade winds settle down. 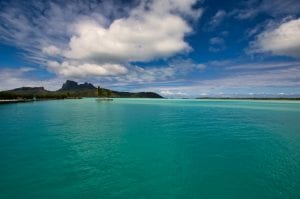 This means calmer clearer waters making for the perfect time for underwater adventures.
Since most of the tourist have left the hotels and resorts will cut you a great deal. With all the perks of the peak season and almost no cons, this might be the best time to go to Bora Bora.

October is the final month of the peak season. The tourists are almost gone.

The temperature starts to rise, ranging from the mid-70s to mid-80s. And the rainfall also increases up to 3 inches or more. 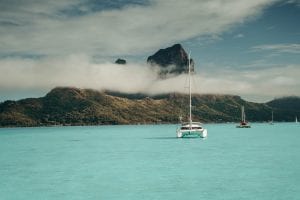 Even with the weather going tropical again, chances of perfect weather days are high. This the best time to go to Bora Bora if you want to stay for a few days only.

One of the biggest reason to visit the island in October is the stone-throwing competition. It is a salute and a way to honour the Polynesian culture, with the old tradition of catching fishes by throwing stones at the surface tied to strings.

November is regarded as the best time to go to Bora Bora by many. It is the second of the two “shoulder months”. 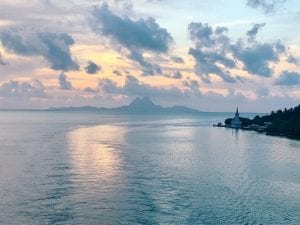 The rainfall increase to 6 inches of average rainfall and the temperature range from the mid-70s to mid-80s. This cause some level of humidity and the mosquito population is back for its vacation as well.

But with several local, national and French Polynesian cultural holidays like the Matariki Nia. It is the best time to go to Bora Bora to experience the Polynesian culture at it’s highest spirit.

With almost 12 inches of rain and temperature ranging from the mid-70s to high 80s, many would not consider December to be the best time to go to Bora Bora. 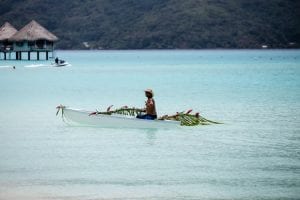 But since it is the holiday season, it is a time of many tourists, who spend their Christmas and New Years in the exotic island away from all the cols and snow of the northern hemisphere.

Hotels and resorts organize a special celebration in the Polynesian flair. Add to that the Va’a Bora Bora, a French Polynesian race with classical dancing and singing it is one of the best time to go to Bora Bora.

So, now that you have all the information regarding all the months and all the pros and cons that each month entails, you can decide for your self what the best time to go to Bora Bora might be.

With such great weather and climate, any time is the best time to go to Bora Bora. What truly matters is when you want to go on a vacation because that will be the best time to visit this exotic, tropical piece of heaven on earth. 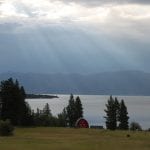