I wasn’t quite sure about the title of this article because I don’t really know whether this is the standard definition of aromanticism. I am just highlighting some specific points of aromanticism, but I do not think that I’ll be able to define the whole thing completely and you may, as an aromantic, feel that some of the things that I mentioned are not quite right. But I’ll try to be as correct as possible.

The thing is, I myself am not an aromantic person, so I never wanted to write this in the first place but then the person whose views I am about to elaborate upon, absolutely cannot talk about herself and doesn’t want to sound like she’s voicing the views of an entire community. Neither do I particularly want to voice the views of a community that I do not belong to, but since no one is speaking about this- I  may as well shed some light on the matter, however diffused.

Aromanticism, quite predictably, is a very misunderstood concept. So I am going to start by defining this term ‘aromanticism’ a bit. Aromantics basically don’t feel romantic attraction towards people. And the word ‘romantic’ is very important here, because there are other forms of attraction. For example, aromantics can feel sexual attraction towards someone. Aromantics, thus, need not be asexual just like all asexuals do not need to be aromantic. One crude example that I can think of right now is Barney Stinson. If we just consider the first few seasons of ‘How I Met Your Mother‘ when Barney did not fall in love with anyone, he was a plain and simple Casanova who seemed almost incapable of forming romantic relationships- hence, he was a heterosexual aromantic.

Of course, Barney’s character evolved a lot and he proved to be an exceptionally romantic person, but the season 1 Barney is the one person whom I was reminded of immediately while thinking about aromantics who actually quite liked sex. And if you think Barney Stinson is not really a respectable example because of his promiscuity, feel free to think of someone who liked sex not more or less than other people but just did not love anyone romantically. Even though statistically most asexuals are aromantics and most aromantics are asexuals, there is no reason to think of those two things as completely overlapping circles in a Venn diagram.

Also, aromantics can be straight or gay or bisexual. I had certain confusions about this too. How can someone, who feels no romantic attraction for either a person of the same sex or the opposite sex, be straight/gay/bisexual? But the thing is- the sexual attraction bit matters here. Barney, for example, always chose to sleep with women because he was sexually attracted to women even though initially, he felt no romantic attraction towards them- hence, a straight aromantic. Similarly, a person can want to have sex with another person of the same sex, without feeling any romantic attraction towards them- in which case, they will still be called ‘lesbian/gay aromantic’. Apply the same thing for bisexual aromantics- if they feel sexual attraction for both same gendered and different gendered people.

Now we come to the interesting bit- do aromantics not love anyone?

Well yes they do. They just don’t ‘romantic’ love. And there are plenty of loves apart from romantic love and this is the part which my aromantic friend helped me understand. Us romantic people (straight, lesbian, gay, bisexual whatever) normally associate the term love with various things like- butterflies in our stomach, relationships, possessiveness, swooning etc. ‘Love’ means a very specific thing for us. Something that comes with very detailed guidelines. Yes, we do love our parents, friends, and pets too but we don’t really think of that love as this love (the kind of love that we feel for our boyfriends or girlfriends, husbands or wives.) The former kind of love is tamer, more stable- something that we take for granted.

But the tricky part lies in understanding that the special kind of ‘butterflies in the stomach’ love that we feel is not the only kind of love. Aromantic people feel the first kind of love, the one that we feel for our families and pets and friends, for everyone. They literally cannot love anyone more than this and there is something wrong with what I just said because there really shouldn’t be this misconception that the love that we romantics feel is somehow a more complete or more powerful love that what the aromantics feel. It’s just a different kind of love.

I found the concept of aromanticism quite interesting because we never really stop to consider that other people can love us in ways we cannot even imagine love works or matters. So when someone reciprocated to your “I love you” with “I love you too, but as a friend,” consider the possibility that he/she is not really being mean or turning you down. That IS the way that the person can and does love anyone, so his/her love matters exactly as much as your love does. 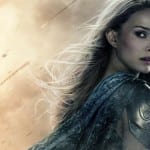