ALWAYS..  YEAH! These are the very words that strike me when I think of my first love, HARRY… ** WAIT-FOR-IT** POTTER!! And nope, do not mistake it for my love or obsession towards the person who plays the character! It is my love for the phenomenon, the series, the SUPER-DUPER-MEGAFOXY-AWESOME-HOT feeling I get when I think of it… please do not mind if this gets too long. I am typing whatever occurs.  I include only the time it took for me when I experienced the books and the movies for the first time and blimey, not the times I took for re-watching and rereading.  😉

It all started in the summer of 2002… when I got to watch the movie about a bespectacled wizard. The very fact that captivated me was the simplicity cuz, I watched the movie at home, in a video player, and I got to understand each and every scene of it (though I was resorting to the subtitles! =O )! The idea of “fantasy” had always lured me, and the fact I was head over heels in love with this movie need not be mentioned! Yes, I was in love!!! The second part of the movie was released in 2003, and I got to watch it in Tamil!! (ALERT: NEVER, EVER TRY THIS! THE VOICE AND THE TRANSLATIONS FOR THE SPELLS ARE INCORRIGIBLE! ) But I must admit it that I got to enjoy the movie thoroughly (sans the parts where they use spells, mind it!). And again, it was CLEAR, PURE LOVE! My love for the series grew as days passed, and I eagerly waited for the release of the other parts! Every summer marked the release of a new part, and that is how I got to quench my thirst in the scorching heat (nope! I is not exaggerating! 😉 )! This is all about the time I satisfied myself with JUST the movies (silly me!)

Then came 2008, nearly eight months had passed since the last HP movie was released (HARRY POTTER AND THE ORDER OF PHOENIX, in 2007) and the sixth part was still not released. Having gone through a major break-up with my best friend, life was sure as hell for me… I had nothing to resort to at school and I spent my time reading Enid Blyton books (the description about food in these books, though) so yeah, I decided NOT to wait for the release of the next part and borrowed the book from my school’s library and D-A-M-N, should I mention that this was the best decision that I had ever made? BLISS… PURE BLISS was what I felt when I read each and every side of the book… the way the story was knit, the way the intensity of the characters and their mindset was described, the pace of the story. Every frigging thing was impressive! And should I mention the details?! O-M-G!! I completed the book in twelve hours, and it took me half an hour to read the last twenty sides alone (as the pages got wet from my tears!)! This was the first time that a book had moved me to tears and man, wasn’t it special?! That was the day that I decided that I must read the books first, before watching the movie adaptations! Having read the sixth part, I could not wait to read the next and the final book! As my friends were not Potterheads themselves, I had to depend on my school library to supply me HP books! And to add on to the joy (pun intended), there was only ONE copy of it in the library, bother mentioning the demand for it! The urge to borrow it made me befriend the librarian (who was not exactly a “sweet” person) and get details about the return date of the book! Even after making such arrangements, I had to wait for three long weeks to get access to the book (curse the girl who had borrowed and failed to return it, God forbid!)! And when I did get to hold the book… it was equal to winning the Tri-Wizard Tournament (and nope, I am not overstating the feel!)!

The final book– the book that marked the end of this magnanimous phenomenon! When getting access to the book and borrowing it had got me immense pleasure, I think you can imagine the joy I had reaped when I got to read it! This book untied all the knots that were put in the first six parts, and everything began to make sense! This part also included the death of many characters, making the readers cry their hearts out! But more than anything, it was the love the passion and the genuineness of the story and that of the characters that impressed me the most! The part where the biggest twist in the whole story was put, the part where the answer to the biggest question was unraveled… THE B-E-S-T! I was not able to get over the feeling for the next few weeks (and by few, I mean an “LOT”!)! I decided to read the first five parts, to not let the feel go! I read the five books in less than a week’s time and nope, it was NOT at all an overdose! Come on, how can “Harry Potter” be an overdose?! Puhleeessseee!! The very year, I got to see the sixth movie! Six months later, the first part of the final movie! And after another six months, the final movie was released… in 3D! I cannot explain the joy I felt when I stepped into the theater! Only Potterheads will know the chills they get when the music starts playing for the “Warner Bros.” logo! Everything was fine until Hedwig died! This was followed by a series of deaths (very gruesome, heartbreaking ones!), making us want to curse the director in spite of knowing the story! Though the movie did not recreate the feel that the book had created (it never will!), it did do justice! And when the movie was over, every single viewer gave a standing ovation and after that, every row had a teary-eyed fan! In fact, some were bawling (I was one among that group!), but this was how the movie ended!

Harry Potter is the best thing that has happened to me! This might sound like an over-statement, but it had always been there when I needed good things the most! It has always created “warmth” inside my heart and my mind, clearing all kinds of bad and sad feelings!  It taught me the way I must handle things in life and the way we must look out for our near and dear ones, without expecting even a smidgeon in return! Never have I felt the urge to defend anything when it was spoken against, but HARRY POTTER! I grew up along with it, and I can assure you that it will bring the best out of any person who gets to read it! This is because, the books have philosophy rooted into ‘em in the most simple and elegant manner! The words used are neither naïve nor sophisticated! They have the right blend of directness and perspective! I believe that this is essential to make a book a success (do I sound tad too meh?!)!

This comes from the bottom of my heart, the very deepest point, “HARRY POTTER IS LIFE”! This is because; the characters in the series will inspire the readers with their attitude and words! Only God knows if our queen (Ms. Rowling) had penned them in such a way or if it was involuntary! Each and every character is etched in a beautiful manner, that the readers will learn the importance of life even from the most trivial of things! Even the villain will teach the readers the essence of passion and determination! The quotes will force the readers to re-read ‘em! Even the most serious of characters will convey their thoughts in the suavest manner, making us respect them (though they are fictitious!)! And sometimes, they will end up sounding sassy and sarcastic as well; as if they had felt like, ”To hell with being serious always!”! And THAT is EXACTLY where Harry Potter scores! It teaches the best, even to the worst of students!

P.S:  For all those who did not get the highlighted parts, I had quoted some scenes of Harry Potter!

P.P.S: Thank you Ms.Rowling for gifting us with such a wonderful bounty! Thank you for everything! The demand for the books will definitely prove the eternal love that we have and will ALWAYS have for you and your masterpiece! 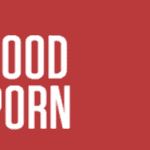