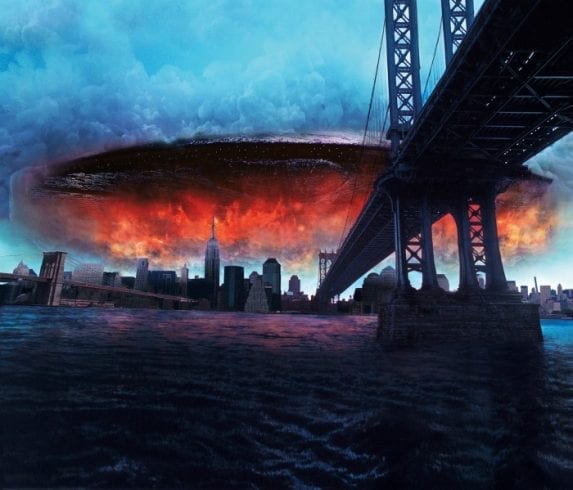 We all have at least once in our childhood looked up at the clouds and talked about the shapes it possessed. Sometimes a bear, sometimes a dragon, sometimes an apple or some bird or flower.  We let our imaginations flow and it seems we are doing that even today.

A cloud shaped like a spaceship which resembled the 1996 blockbuster Independence Day movie starring Will Smith, was seen floating around in Cartagena, Colombia, South America. The movie is about how aliens ships move around the city’s skyscrapers and attempt to destroy mankind. What was more interesting is the fact that the center of the cloud lit up exactly like that in the movie. Don’t believe me? See for yourself.

The cloud that appeared in Columbia.

A shot from the movie Independence Day. 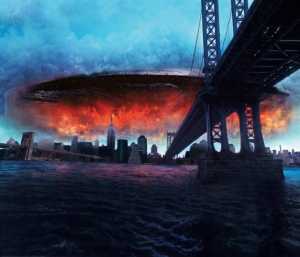 In an era in which most of the studies conducted are on finding out about aliens and their existence, such a scenario is sure to stir up the excitement in people. People came out on streets and took pictures and made videos of it which flooded the social media pages and Youtube.

Along with the pictures and videos came the theories. Some actually believed that it was a “cloaked UFO” . Others took it to be the top secret weather experiment by Government. Some people totally did away with the idea and said it was a digitally manipulated hoax video while some others claimed it was just a weird shaped cloud.

According to the Institute of Meteorological and Environmental studies of Colombia’s Christian Euscategui, it all happened due to meteorological conditions. Apparently it was due to a “change in pressure”.

Whatever be the reason there, it sure was an exciting moment for everyone. What if it really was a spaceship which came around, looked around the city and went back? The aliens could totally be planning an attack now. Or it really could be nature’s play. After all nature never fails to surprise us. 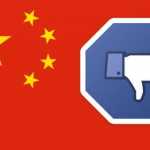 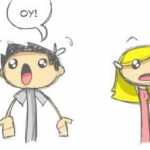