Bharti Airtel is taking steps to improve your television experience and how!

Airtel Digital TV launched its Android based set-top box- ‘Internet TV – powered by Android TV’- which can easily convert your regular TV into a smart TV. The simultaneous availability of offline and online content is what makes it so special. Users can change from one to the other without any difficulty whatsoever.

The offline content consists of over 500 satellite channels, thus leaving a user spoilt for choice. The set- top box consists of pre-loaded applications like Netflix, YouTube, Google Play Music, Google Play Games and Airtel Movies which forms the backbone of the vast online content. Reportedly, Amazon Prime will soon join this host of applications and it will pretty much give you the best time ever. The Google Play Store will allow anyone to download any application of their choice.

Sunil Taldar, chief executive officer and director of DTH business at Bharti Airtel, has said about this newest venture:

“With Airtel ‘Internet TV’ we are bringing world—class content from the web and much more to the TV screen….”

For anyone who is interested in technology, here are the specifications of this set-top box. It comes with a 2GHz dual-core processor and  2GB RAM. The box has an in-built storage of for Apps and that is expandable up to 128GB using an external SD card. Other features include- Chromecast, Wi-Fi receiver and Bluetooth. Besides this, the box also comes with both USB 3.0 and USB 2.0 ports – so you have a choice for what you need. Additionally, you also have an Ethernet port for wired broadband connectivity. The set-top box also supports external hard drives so you can store your favourite shows. According to Airtel, for smooth streaming the Internet connection used should have a minimum speed of 2Mbps.

This set-top box will be not be released into the market immediately. First, it will be sold exclusively through Amazon.com for a month starting from April 13th. It will then hit the market and be sold offline through Airtel stores. Flipkart and Snapdeal will start selling it after some time. For new users, the Internet-TV set top box will be priced at Rs 4,999 and Rs 7,999 for three months and a year respectively. It will be priced at Rs 3,999 for existing users. Airtel also promises to give upto 25 GB free every month to existing broadband users.

This venture is new and fresh on the part of Airtel and hopefully, it will turn out to be a success. 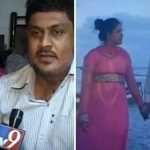 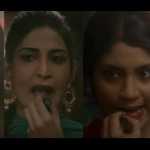