Who is a radiologist?

For those of our readers who don’t know much about radiology, let’s start with the basics. Have you ever had a bone fracture or some injury that required you to go to an X-ray center? If yes, then the person who studied your scans and told you how bad the injury is was a radiologist.

So basically, radiology is a field that uses medical imaging techniques to diagnose and treat problems inside your body. They could be tumors, fractures, hairline cracks, ulcers, and the like. For this purpose, radiologists use several technologies like X-ray radiography, MRI scans, ultrasound sonography, PET scans, and so on.

A significant part of a radiologist’s job is to look at volumes of scans to get insight into the problem at hand. Processing data has never been a strong point for humans. Using AI analytics, we can do the job much quicker with fewer errors.

One of the fantastic examples of AI used in advanced radiology is the DeepMind software. Google took over the company owning this software in 2014. This software does a great job of diagnosing eye diseases. It speeds up the process of diagnosis and reduces the time gap between scan and treatment.

One of the best examples of how AI can improve radiology practice is cloud computing. Cloud-based storage allows radiologists to upload clinical data to a remote database. Professionals can access this information on demand whenever they come across puzzling cases or want more insight into the problem.

This open access to medical records for health care providers can drastically improve a country’s health care quality. It allows for a problem to be addressed by professionals from various fields and departments so that no angle is missed out.

While the use of AI has changed radiology for the better, there is terrible news. When medical records go online, they become vulnerable to cybersecurity breaches. Medical records can be misused for stealing financial details, billing frauds, medical ID fraud, and fake drug prescriptions.

That is why radiologists need to know the threats to their data. They need to hire professionals who can identify patterns of data hacking attacks and install systems for protecting the data.

Digital tomosynthesis, also known as 3D mammography, is a leading technology that helps radiologists diagnose breast cancer. Traditional methods may miss out on minute details like lung nodules (abnormal growths) or chest pathologies. This tool allows for three-dimensional reconstruction of the breast tissue.

It reduces errors in imaging and diagnosis because it also allows for a thorough examination of breast tissue. Using this technique, the physician can also make an accurate diagnosis of the stage of the disease. The aim is to give the radiologist a thorough idea of the patient’s anatomy. Traditional 2D radiographs don’t allow for the detection of such subtle features.

This technique is non-invasive, i.e., there is no need to probe inside the body physically. Magnetic Resonance Imaging (MRI) Guided Ultrasound is based on a thermal imaging system. It means that the treatment is guided by tracking the temperature changes inside the body. It is an excellent alternative to other medical and surgical procedures that are more invasive.

Dual-energy Computer Tomography (DECT) is also known as spectral imaging. It is a technology that allows the radiologist to capture two images at a time- one of soft tissue and the other of bone structures. This is done by switching between high and low energy exposures while doing the scan, something they call a patented differential filtration.

Also, this is done while keeping the radiation dose the same as that of a standard X-ray. The radiologist can then look at whichever layer of the scan he is interested in. For example, he can choose to focus on the underlying anatomy or focus on the bone structure in case of a rib fracture.

2D imaging requires radiologists to look through several slices captured by CT and MR scanners. On the other hand, 3D imaging technology allows them to fully understand the patient’s anatomy in a few concise views.

That way, surgeons have to spend less time on Operations Research. It also reduces the possibility of complications and leads to surgical morbidity. Fewer efforts on research mean reduced costs. That means high-quality health care at affordable prices.

Nuclear imaging is a technology wherein the patient is given a radioactive tracer by way of an injection. This radiation is then detected in different parts of the body. The images of these parts are digitally generated on a computer. A radiologist can then interpret the images for a diagnosis.

Interventional radiologists use image scans to insert tiny instruments and catheters in the body. Catheters look like thin plastic tubes about the size of a straw. Guided by X-Ray and MRI scans, these catheters are inserted into the exact area that requires treatment, like, for instance, a tumor.

Let’s look at an example to see how interventional radiology works. A middle-aged man is diagnosed with liver cancer. There is a cancerous tumor in his liver. He will need a liver transplant. Then he will have to undergo lifelong immunosuppression so that his immune system doesn’t overreact and destroy the transplanted organ.

If he doesn’t take this action, the disease will advance. In that case, he will have to do long courses of chemotherapy. But, what if we had a more advanced, painless way of treating this? Enter interventional radiology.

An interventional radiologist detects the problem in the scan. Then he or she inserts a tiny catheter in the patient’s body through a small incision in his neck. Through the catheter, he or she supplies heat to destroy the tumor.

Not just heat and cold, one can also use electric currents to destroy small tumors. This technique is called radiofrequency ablation. If the cancer is too advanced, one can use intra-arterial chemotherapy. In this technique, a catheter directly delivers chemotherapy drugs to the liver. Compared to traditional chemotherapy, this one requires fewer visits to the hospital and has fewer side effects.

Apart from that, if we use chemoembolization, we can deliver chemotherapy while also cutting off blood supply to the tumor. As you can see, there are several treatment options that interventional radiology offers for a single problem.

All of them are minimally invasive, time-saving, and less painful than traditional treatment options. The physician can help the patient choose the technique that best suits their situation: health care customization at its best!

Will AI Take Over Advanced Radiology?

It is the 21st century, and no profession is untouched by technology. Everyone fears that he or she will be replaced by an algorithm. In advanced radiology, too, experts have already started talking about AI taking over the jobs of radiologists. On the one hand, the people in this field indeed need to keep an eye on the latest researches on AI.

As an established radiologist, Dr. Robert Schier put it in an article, “If we overestimate the speed at which AI will advance, and radiologists leave for other specialties, and too many radiology residency positions go unfilled, we may end up with a shortage of radiologists. If we downplay the speed and impact of AI too much, we may end up training radiologists who will not be able to find work.”

As of now, AI cannot just take over the jobs of humans. Advanced radiology is not just detecting illnesses but also making a diagnosis based on past clinical experience. It also involves talking to other professionals and deciding on suitable treatment. We still need humans with expertise and insight to take on these responsibilities.

While AI can do a much better job of detecting a hairline crack or a tumor, it is the radiologist who sees the bigger picture. He/she is the one who utilizes these high-tech tools for making sense of the patient’s problem. That’s why, for example, the US Food and Drug Administration approves the use of AI tools for detection, but not for a diagnosis.

Most importantly, there’s one thing that computers cannot do: communicating with patients what all those medical images mean. Explaining the diagnosis, answering doubts and queries, and suggesting treatment options as per the patient’s background is something a computer might not get right!

AI is seen more as a tool in our hands rather than a threat. Don’t take it from me; take it from science! Recently, a group of Korean researchers compared the performance of certified radiologists and AI in making a diagnosis. Both humans and AI tools had to detect abnormal tissue growths, or nodules, in an X-ray.

They found that AI could do the job faster, but an even better job was done when AI and radiologists worked together. The diagnosis was more accurate when radiologists took a second look at the diagnosis generated by the AI algorithm. That’s a clear sign that radiologists should team up with AI instead of feeling threatened by it!

Advanced radiology is not just about high tech tools and faster data processing. It is also about making the whole process a hassle-free experience for the patient. Now that we have computers to sift through piles of data, radiologists can give individual attention to their patients.

The experience of patients has often been ignored not just in radiology but also in health care organizations in general. But in the future, more attention will be given to how one must communicate with patients.

Traditionally, radiologists have had limited interactions with their patients. They are usually the ones who just sign medical imaging reports and send them. That’s why some people view radiologists as ‘doctor to doctor’ consultants because they typically communicate with other physicians rather than directly with the patients.

But today, there is increased awareness that any illness cannot be seen as separate from the patient’s social and emotional world. So, talking about these aspects is as essential as signing reports and prescribing medication.

The new patient-centered model emphasizes talking to patients, addressing their emotional and social needs, and involving the entire family in the decision-making process. It also means having more regard for the patient’s convenience and preferences while scheduling, conducting the medical imaging examination, communicating reports, and suggesting treatments.

Radiologists need to inform their patients about their treatment options and how important it is to undergo treatment. Ideally, patients should know how much or how less their doctor is charging compared to other practitioners.

In any organization, change is bound to cause a stir. Radiologists directly meeting and talking with patients may not sit well with other professionals. They might see it as an encroachment on their roles and duties. But a journey of a thousand miles begins with a single step. Likewise, efforts on part of everyone to initiate and tolerate positive change are the key to success!

That was our article about advanced radiology. Do check out articles on similar topics! 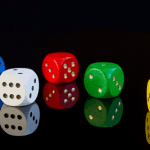 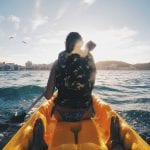