Cancer is one of the most dreaded diseases in the entire world. Once that word enters your world, there’s no going back. Throat cancer patients who survive this disease have another battle to fight after they win the battle against cancer. These patients lose their voices and need to visit the hospital once again to regain their voice. 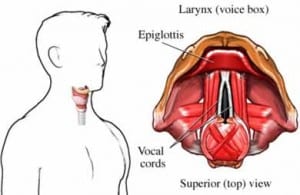 To make these patients life easier, a new voice prosthetic has been introduced which only costs 50 rupees. Yes, you read that correctly, only a total of 50 rupees.

This prosthetic is known as Aum Voice Prosthesis, and it only measures 2.5 centimeters and weighs 25 grams. This prosthetic can be pierced through the neck and is connected to the patients food pipe. Following this, it acts as a voice box. This has been invented by a city-based oncologist to help the poor people who cannot afford the other prosthetics available. Dr. Vishal Rao, who is the head and neck surgeon at HCG Cancer Center, says: 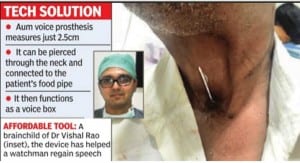 “Speaking is a right. When the voice box of patients is removed during surgery, they crave to speak. As if the trauma of the disease is not enough, the shock of having lost their voice takes a toll on them, emotionally. The prosthesis available in the market costs Rs 20,000 (to be changed once in six months) and is not viable for many poor patients. My objective was to design something that is affordable and can give them their voice back.”

Speaking about the name of the prosthesis, he says: “We decided to term it Aum, as that is the sound that first resonated across the universe. Regaining one’s voice is so much like a rebirth.”

This project is a collaboration between Dr. Rao and his industrialist friend,  Shashank Mahesh. The technical inputs of the project were provided by Dr. Rao while the financing and feasibility were looked after by Shashank. 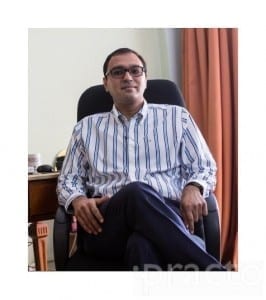 “We imported platinum cured silicone (two-component high tear strength and flexible mould or casting compounds) from Germany to design the prosthesis. We had to make sure it didn’t react with body tissues,” said Dr. Rao.

The first recipient of this prosthesis was Ramakrishna, who is a 55-year-old watchman from Peenya. Speaking about his story, Dr. Rao says:

“He was a beedi addict. He had been smoking for years to keep awake at night. He suffers from throat cancer, and we had to remove his voice box. He was given a western voice prosthesis. Though it had a shelf life of six months, he used it for two years as he couldn’t afford a new one. He came to me with tears in his eyes saying that food was leaking through the prosthesis. Our innovation was just about ready, and we offered it to him for Rs 50. He regained his speech and returned with a million dollar smile, telling me that he was doing fine. That was the biggest gift for me.”

The procedure has been named the $1 voice box to make it match international standards. So far, this box has benefited three patients in the HCG hospital. It has also bagged the state innovation award at an oncology conference. A nod has been given for future research on the device, and it will be carried out in the following three months. This will help in finding out if any further upgrade is needed for the device.

Our state has desperately needed such a device. In our state, there are more than 1.5 lakh cases of tobacco-induced cancer and a third of them pose the risk of voice box removal. This is a great step forward for our countries future. Since a large amount of our population  lives below poverty line, this will be great news for their treatment.