Candies anyone? How about a tour to nostalgia as well? Image source: Bing

Do you love candies? Of course, who does not enjoy the small sweet paradise? Some of you might prefer Hershey’s, and some will choose Reese’s. But people like us eat any brand until it’s candy. And if it comes to the best sweets in the world, 90’s candy India had can be easily placed on the top.

When Crispy M&M was re-introduced in the USA in 2015 after a long break of 10 years, it at once created a hype among the consumers. After all, it could be discontinued but could not be erased from the hearts of candy lovers.

Similarly, when Parle re-launched Rola-Cola in India, we were all celebrating in joy. And why not? It was more than just a piece of good news for the 90’s kids. You will agree that a piece of Rola-Cola is not just a candy, but the sweet memories of our childhood. More than candy, it is an excellent treat of nostalgia.

I remember begging my parents and promising them to be a “good kid” if they get me a pack of Big Babol of Boomer. Not to mention most of the time, the beggings would go in vain as “chewing gums are bad for health.”

But the craving kept increasing instead of decreasing. Remember collecting the stickers they used to give with the packs?  Collecting them was a universal hobby for each kid of the ’90s. Big Babol means let’s compete who can blow the biggest bubbles. And when it comes to Boomer, only one thing comes to mind of every 90’s kid. Boom Boom Boomerrr!

India’s first sweet and sour mango candies. These candies were like having the taste of mangoes throughout the year all around India. Technically they might be coming from the 90’s candy India had, but I would still love to get them around.

Wrapped in its famous green and yellow wrapper, these were among the most popular candies among the 90’s candy India had. Meant to be “enjoyed slowly,” mango bites came in just Rs. 0.50 but would leave our taste buds mesmerized in the mango taste. The icing on the cake is the memories of distributing them to your school after each birthday and giving your best friend one extra.

Who else remembers pretending to smoke and act cool, holding one of these sweet cigarettes? Good old days when “smoking” these were not considered to be injurious to health. And our parents would buy us one pack as rewards for “getting good marks” or “being a good kid.” These were the candies for the swankies among all the 90’s candy India had.

Ignoring all the conspiracies and criticism these candy cigarettes ever had, you can’t deny this was a must in every 90’s cool kid’s starter pack. Sold by the Harnik food industries, they are still available in their iconic red box with the image of a masked phantom on it. And guess what? Despite knowing about all the criticisms, they never saw a lack of popularity till now. After all, they are your ultimate way to fake smoking and act “cool.”

4. Poppins; A whole world of flavors in just one pack:

I still remember acting like the kid in the Parle Poppins ad and asking my elders, “Hey, want me to give”? Then waiting for them to answer, “Give what”? So that I could say, “What will you take? Orange, Strawberry or Mango”?

This one ad sums it all up. Poppins was one of the few all in one pack among the 90’s candy India had. You could get a lot of flavored round sugar bites in one pack. And eating the whole pack at once was the most common way of having it. Obviously, because finding your favorite flavor was the ultimate goal.

The pack was so colorful that it was enough to attract any kid. And the fruity, colorful candies it had ruled the kids’ world along with other 90’s candy India had. What was your favorite flavor, by the way?

Now let’s talk about the one candy among the 90’s candy India had, which made its appearance at the very first of our article. Presenting to you, cola in the form of candy, the one, and only Rola-Cola!

Yes, it does need a grand introduction, as you know, it helped us to calm our cola cravings when our moms would not allow us to have Pepsi or Coca-Cola. Why? The universal mom fear, “throats might hurt.”

Rola-Cola doing justice to its name, tasted and looked like actual cola but was in a solid form. As the renowned red pack said, “the solid cola.” With its comeback in India, it’s just a start to bring back all the 90’s candy India had.

Chocolate day coming? Give a Hart Beat. Valentine’s day? Hart Beat. Crush’s birthday? Give Hart beat. Want to propose? Propose with a Hart Beat. Yes, Hart Beat was part and parcel of every lover boy/girl of the ’90s.

Giving a Hart Beat was similar to giving a love letter, and getting one from your crush was a dream. The heart-shaped candy had a juicy inside and came in different colored packs according to the flavors. Among the 90’s candy India had, Hart Beat was the candy of love! Got any memories with it? Don’t forget to share it with us in the comments section.

7. Kismii – The next stage of Hart Beat:

Got a Hart Beat from your crush? Congrats! But what to do next? How to approach? The 90’s candy India had, found its solution too. Give a Kismi.

Kismi had an illustration of a couple kissing on its pack. And for obvious reasons, it was considered to be the candy to ask for a kiss. Now if you got it from your crush and did nothing, sorry to say but you might have been appeared dumb.

As the tagline said “each kismi has a kiss”, this candy was one step forward from Hart Beat and not to mention equally delicious! And they came in just Rs. 0.25 so no matter if you were a broken lover of the 90’s, Kismi got your back.

Do you like Bounty? The world-famous chocolate bar, whose rich taste of coconut and caramel soothes your taste buds. But can’t afford it as it is too costly? The 90’s kid of India had its solution also.

The Bounty of the 90’s candy India had Koka Naka came in just Rs. 0.25. The candy itself got more popular because of its funny ad that many of us still search on the internet.

9. Pan Pasand; The candy with the taste of Betel leaves:

Many of us have elders at home with a habit of chewing betel leaves after meals. But for the 90’s kids, having the taste of betel leaves meant having Pan Pasand. The reason was apparent, the kids were never allowed to have betel leaves like the adults.

But the 90’s candy India was a paradise of flavors, including the restricted betel leaves flavor. Pan Pasand came in a bright red wrapper, and inside it was the much wanted red candy. I am sure most of us still remember waiting to toss a candy inside our mouths to feel the artificial betel juice and pretend like adults.

10. Swad; The candy for proper digestion:

Among all the 90s candy India had, Swad was the digesting one. Not sure if it worked in digesting the food but was surely a treat to our tongues. Having a Swad after a heavy meal was a must for all the members of the family.

But for the 90’s kids, we used to have them even as snacks. The sweet and spicy taste of Swad was famous throughout the country was easily available in even the small stores at the turning of a street. Also though this candy was claimed to contain Ayurvedic herbs to be used as an aid for digestion, kids loved it just for its addictive taste.

So this was our list of some of the 90’s Candy India had that were amazing! Of course, we know you can point out more like Chatmola, Lacto King, and many more! Let us know in the comments section which was your favorite among the 90’s candy India had. 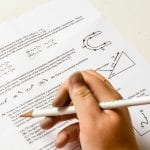