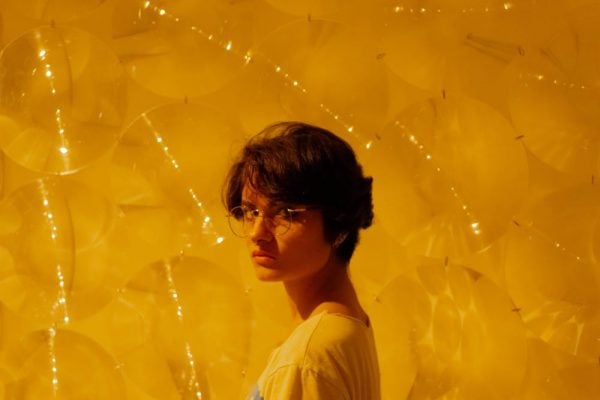 What is an iron heart? Who has a heart made up of iron? Sounds foolish, doesn’t it? But you will be surprised to know that there is a lot more about what having an iron heart means.

An iron heart is a metaphor that is used for different people in different contexts. Some people say that a person who has an iron heart is brave and courageous, while others say that it means the person is rude or mean. A person with an iron heart might also be seen as someone who does not catch feelings easily or is ignorant about their own emotions. 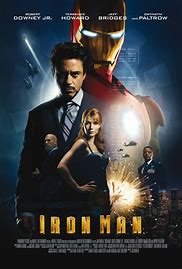 When these metaphors were not enough, a unique comic book was published by Marvel. The lead character of the American comic book was named iron heart. Marvel also created another phenomenal character with a similar name, and we all know who it is, Iron man. Thus, comic books made another meaning out of the word iron that wants to save the world.

9 Signs That Tell If You Have An Iron Heart:

1. You Do Not Express What You Feel

This characteristic is very often found in people who have an iron heart. When people do not express what they feel, they are known to be brave and courageous.

There are two different views that we can observe regarding this trait. Not expressing your feelings in certain situations might help. For instance, a person in your family has been sick for a very long time. In such a case, it is evident that you will be upset and not in the right state of mind.

Now, when you meet that relative, either you can express your feelings full of sadness and grief and upset them more, or you can not show your emotions, control them, and instead of crying about the situation, you can motivate them. Which one sounds better? Of course, the second one!

You would always choose to boost a sick family member to fight the disease instead of demotivating them and making them feel like the end is near.

However, this can have another critical perspective too. Not expressing your feelings for too long might lead to a lot of harm. This is explained elaborately in the next section.

2. You Ignore Your Feelings

A person with an iron heart, to avoid expressing his or her feelings, might start ignoring those emotions altogether. This is not a healthy habit.

Emotions and feelings are naturally occurring in our bodies and exist in our bodies for a reason. Feelings are an essential part of our body that help us let out all the problems. When our emotions are suppressed for too long, it might cause a lot of harm mentally and physically.

We feel mentally upset when we start ignoring our feelings, leading to blood pressure issues and physical harm. One another thing that suppressing your feelings might do to you is depression and anxiety.

This is because they want to show that they have an iron heart and are even expected to do so by a massive population in society. Some people tend to consume drugs just to avoid what they feel.

The sad part is that even after so many problems are brought to people’s notice, they still expect men not to show their feelings. On the contrary, when they show their emotions, they are called names like losers.

It is the 21st century, and it is high time that we understand the depth of this situation and do not expect all boys or men to be iron-hearted just for the sake of the society that we call have created since the beginning.

3. You Do Not Care About What The World Thinks

Another characteristic of an iron-hearted person is that he or she does not care about what people think and, in my opinion, this is the best quality that people must possess.

Several people in the world will talk behind your back, and many will even spread rumors and try to make your situation the worst possible. The best thing that iron-hearted people do is not caring about what people say. They listen to it from the left ear and take it out from the right one.

This is what helps them grow so many times. Caring about someone’s words and confronting them might just create havoc out of a small situation. The good thing is that you can quietly succeed and give them an answer through your success. 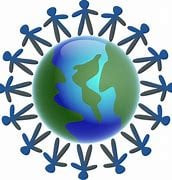 Contrastingly, in some situations, caring about what people say holds some importance in our lives. For example, when your boss tells you about something that you need to improve in your presentation, you cannot just ignore whatever he says and say to him that you do not care.

Sometimes there are instances where you get specific feedbacks that you must care about and focus on improving yourself.

As I mentioned earlier, American comics and shows have given a new perspective to the word iron; anybody given a title that includes the word iron is brave. Hence, another trait that proves that you are an iron-hearted person is that you are courageous and are not afraid of anything.

Several people in this world do not live only for themselves; they decide to live for the world. The most common example can illustrate this important aspect that people know but do not talk much about the army.

All the countries in the world have their armies, and I perceive the military of a country as the most selfless group of people. These people, in my opinion, are the real superheroes of their respective countries.

Hence, when you have a selfless feeling for the other people in the world and want to live for the others and not merely for yourself, you are one of the most courageous people globally and can be said to have an iron heart!

5. You Are Rude To The People You Are Close To

If a person who is close to you is rude to you even though you know that he or she would never really want to hurt you intentionally, the person might have an iron heart. People who are said to be iron-hearted do not like to show their feelings or the things that they are vulnerable to and so tend to be rude to their close ones even though they do not want to wound their feelings.

The people with this trait generally do not understand how to react to love and affection. Many of them might even feel that they do not deserve that love.

These iron-hearted people who hurt others unintentionally probably feel more hurt because of their behavior. However, people have different feelings and might express it in a way that might be rude to others.

6. Your Work Is More Important Than People

This is one of the healthy signs of being an iron-hearted person. The people who have an iron hear and do not care much about what the world thinks and says about them tend to prioritize their work instead of other people.

This trait is generally healthy because people in our lives come and go, but our career and our work is the most important thing. Contrary to what I stated earlier, this particular trait makes other people feel like the iron-hearted people are selfish and only care about their work.

To be very honest, being selfish in some cases holds a lot of importance because you soon understand that you can control your emotions and give your best efforts to the work that you are doing.

7. You Hate People Who Play The Victim 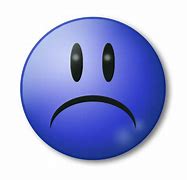 A person with an iron heart avoids showing his or her feelings and, in the same way, does not appreciate it if someone else gets his or her problems between professional work. It can also be said that a person who does not like people playing victim teaches them how to be bold and brave because they only care about the work that has to be finished within a given deadline.

Hence, a person with an iron heart can teach you several things if you observe them closely and get influenced by their positive behaviors.

8. You Are Insensitive At Times

Being insensitive is probably the worst trait that anybody can ever possess. The people who have an iron heart might joke about other people’s insecurity and might not even have the courtesy to apologize after saying something offensive to someone.

As stated earlier, the people who are iron-hearted do not care about what others say and hence, might even not care about how they treat people in certain situations. Being insensitive towards someone’s emotions might be harmful to the person who has been hurt. People generally realize their mistakes, but it is too late when they do.

9. You Forgive Easily But Cannot Forget

This is another sign that tells you if you have an iron heart. We all know the famous phrase, ‘forgive and forget.’ However, doing this is not as easy as it sounds. It can be challenging to forgive people for something they have done and forget the past and move on.

There are several instances in our life where people break our trust and hurt us but do not even say apologize for what happened. In such cases, it is even more challenging to forgive and forget. The people who are said to have an iron heart can forgive others easily so that it does not impact their own life but, when it comes to forgetting the incident, they cannot move on quickly.

When we analyze such situations, letting people and instances go away from our lives like some bad dreams are the best thing to do but are quite tricky, especially when those close to us. When we talk about moving on, yes, it is essential to move on in life, but this characteristic of not forgetting tends to help people. How?

When we forgive people, our mind is at peace, and not forgetting the incident helps us be careful the next time something happens, and we do not get fooled easily, even in the most confusing situations. However, some people tend to avoid taking risks after such instances, which might prove unhealthy.

Every human being has his or her positive side and flaws. When we notice the characteristics of a person with an iron heart, we can pick up all the positive aspects and traits and try to apply them in our lives. On the other hand, we can also try to look at the negative traits and avoid letting them in our lives.

Hence, a person with an iron heart teaches us several things, including the behaviors that we must avoid in our lives. 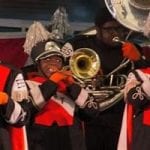 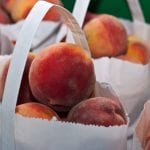