Numerous movies and books have already dealt extensively with this topic: What would happen if extraterrestrial beings paid a visit to our good old home planet of Earth? Would we be glad to receive them?  Would they be glad to find us here? There are various theories about this concept and about possible human reactions to a First Contact with alien life. Films like E.T, The War of the Worlds and Lifeforce have all attempted to answer the alien question in their own unique ways, some of them uplifting while the others quite chilling. 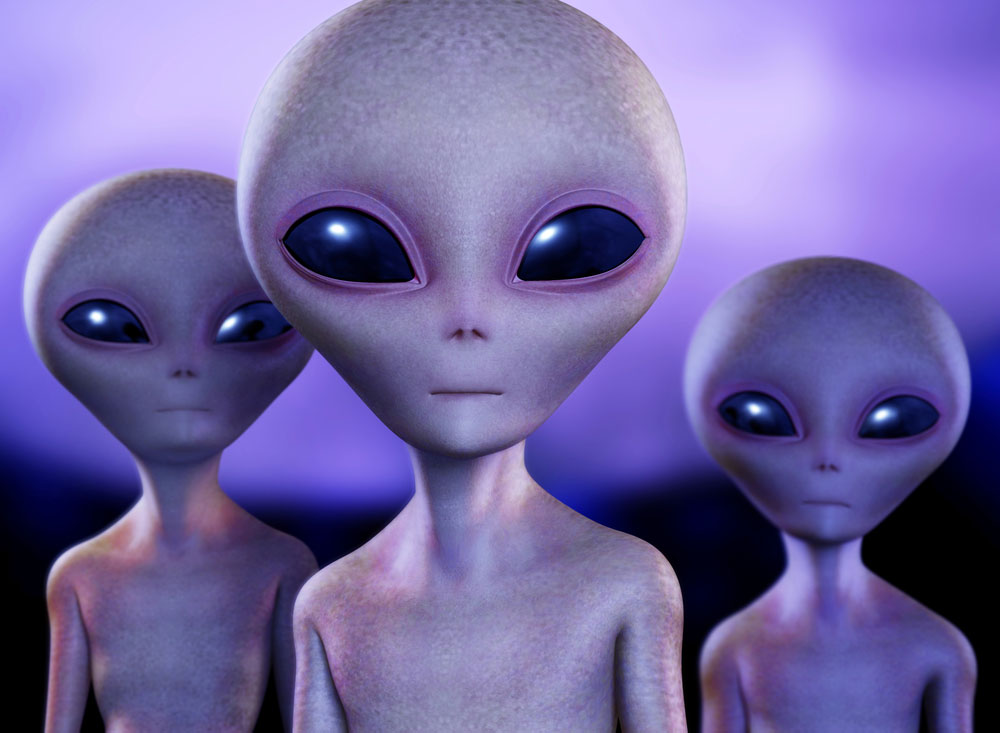 Given the vast size of the universe and the sheer numbers of stars and planets in it, it is quite likely that life outside of Earth does exist. It would be rather extraordinary if out of the billions upon billions of planets out there – many of them quite habitable – Earth was the only one which ended up developing the phenomenon called life. However, due exactly to the vastness of the universe and given how difficult it is to travel anywhere beyond our own solar system, it is also quite unlikely that we shall ever meet beings born anywhere other than on Mother Earth.

Nonetheless, speculation is always fun! So here’s a list of things that might happen if aliens ever did come to Earth:

As a lot of the movies and books on aliens have pointed out, one of the most likely reactions of humanity to alien contact might be just that – sheer panic! There is good reason for this. On Earth, the arrival of alien visitors to a new land has rarely been beneficial to the native population. Look at what the arrival of the Europeans to America did to the natives – it all but eradicated them. The same can be said of the Australian aboriginals. Hence, there is no reason to believe that the arrival of an alien race to Earth may not lead to a similar fate for mankind – where they rule the planet and we languish in reservations.

On the other hand, if the aliens turn out to be friendly creatures with non-genocidal motivations, this might lead to some serious scientific advancement for us! I mean, think about it, if the aliens were capable of traversing thousands of light-years of distance just to visit us, certainly they have access to some awesome technology that we can only dream of! Hopefully, they’ll share some of their knowledge with us! Come to think of it, though, why would an alien civilization spend so much resources and time just to come and hang out with us? I mean, we have gelato and everything, but we aren’t really that awesome, are we? What can possibly be worth that much effort? And what if ‘War of the Worlds’ was right after all? What if all the aliens wanted was to get us out of the way and grab our lands and resources? That would mean war, of course! They would have the benefit of better tech, but we would have the advantage of home turf. Who would win is something that remains to be seen!

On the plus side, we get to actually see what the aliens would look like! After all that speculation, ranging from cute little green things with big heads to the irresistible Mr. Spock, it would be amazing to see for ourselves what they actually look like! Would they be flesh and blood creatures like ourselves, or mechanical beings made up of silicon? Would they be fierce individualists or operate through a hive-mind? All these questions and more would be answered once we actually lay eyes on those enigmatic aliens!

There is more to weirdness than just the appearance. Physical dissimilarities with aliens are something that we expect, but what about something far more important? The differences in culture and thought-process! Right here on Earth, the cultural differences between our various nations and civilizations serve to both fascinate and enrage us alternatively. What might be our reaction when confronted with a culture so different it may not even seem human? Would the aliens be atheists or religious? Would they wear clothes or wander naked – and would the moral police be offended if it was the latter? Hell, would they even eat through their mouths or get energy directly through some process like photosynthesis? And if so, how do you have a nice dinner-time chat with a guest who would only have dinner in the middle of the day in the balcony? These are questions we would all need to answer if contact with aliens ever becomes a reality.

All the negativity aside, we might just get lucky and develop a true and lasting friendship with our alien visitors, and go on to create a galaxy-spanning civilization together, sharing our knowledge and expertise with each other to the advantage of both races. Who knows, given enough biological compatibility, we might just be browsing alien dating sites a few generations from now! Superman did fall for the earthling Lois Lane, after all.

One of the most pertinent questions of them all: how would the aliens speak? Hell, would they even speak? What if they communicate through some unintelligible sign language? Or worse still, what if their means of communication is something so very alien we have no means of ever deciphering it or understanding each other? What if they communicate through telepathy (which would be a likely scenario in the case of a hive mind) or some other sense that we cannot track? Language being one of the greatest assets of humanity that has enabled us to build this enormous globe-spanning civilization, an inability to understand the aliens’ language would be a barrier to future relations indeed!

Chinese and Mexican are passé. How do you feel about some Martian tonight? An exchange of cuisine has always been one of the major elements of any cultural exchange between two civilizations. And if the aliens do indeed have a cuisine at all, and as long as the ingredient list for their main course doesn’t include Homo sapiens, I for one would be perfectly willing to patronize every Martian restaurant in town!

What do you think would happen if aliens visited our planet? If nothing else, it is certainly a fascinating scenario to imagine!