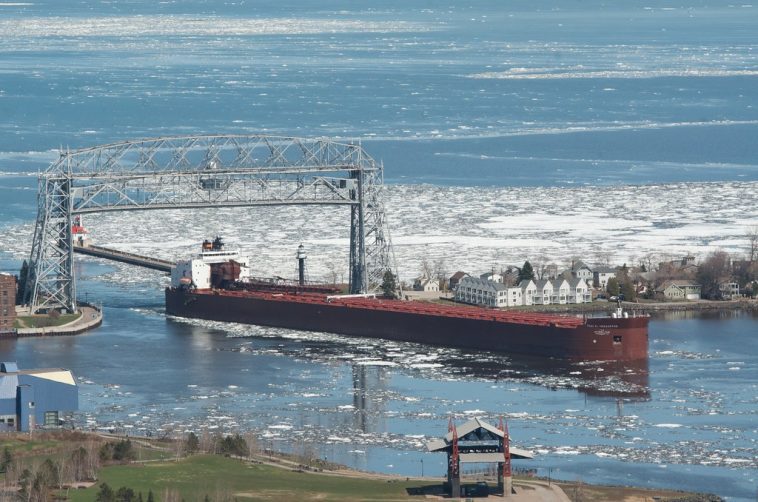 Are you looking for a perfect, classy, and adventurous spot in Minnesota? Well, you don’t have to search too far, as the things to do in Duluth will clear up all your doubts and be at the top of your destination list.

Are you thinking about how it can be possible? Well, then this read is for you.

Duluth is among the top-rated tourist attractions in Minnesota with its architecturally charming Downtown, stunning lakeside, and lots of adventure opportunities. This is a port city that was named after the first known European explorer of the area, Daniel Greysolon, Sieur du Lhut.

Being at the Great Lakes’ westernmost point and near the north shore of Lake Superior, Duluth has mesmerizing natural beauty. Here are some things to do in Duluth that should be at the top of your exploration list.

This is a landmark among the things to do in Duluth. This is the most photographed structure in Duluth that is awe-inspiring for its architectural built. The Aerial Lift Bridge operates 24/7. This span is active since 1905 as the first transporter bridge of the United States.

This bridge has been registered in the National Register of Historic Places in 1973. If you’re interested in history and marvels of architecture, you must go for a stroll around the bridge area, specifically at night when it is lit with hundreds of LED lights and the cargo ships, sailboats, and freighters are at rest.

Also known as Highway 61, the north shore scenic drive is a five-hour trip. This is a 154-mile scenic highway that has many amazing stop spots on the way from Duluth to Grand Portage. There are in all 96 wayside stops that are possible on the way! You’ll have to choose very wisely.

You are sure to be pulled by each scenic spot for taking a few pictures or just to breathe in the fresh air. To make your scenic drive easy, here are a few stop spots suggested for you.

Among the things to do in Duluth, Two Harbors will give you magnificent views of Lake Superior that will make you feel like you’re looking at an Ocean. There’s an Agate Bay Beach nearby. There’ also a museum ship here called Edna G. Tugboat. At Two Harbors, you’ll come across Minnesota’s oldest lighthouse, which is working to date, the Two Harbors Lighthouse.

Going around the tallest cliff on the scenic drive, you’ll reach Gooseberry Falls State Park. Here, you’ll fall in love with the panoramic view of the river and forest. You can hike along the three falls that are Upper, Middle, and Lower. There are other hiking and biking trails, as well as certain historic stone structures.

Wish to walk along a pink beach? The Iona Beach Scientific and Natural Area will offer you that.

The winds chip away some rock of the surrounding cliff made of pink rhyolite, which lands in the lake. As they wash ashore, the beach appears pink. The beach is perfect for a tranquil stroll and bird watching.

Split Rock Lighthouse is the most popular on the North Shore Scenic Drive and surely among the top things to do in Duluth. The lighthouse stands tall on a cliff and overlooks Lake Superior. There’s a hike that descends from the clifftop to the shore of the lake. If you’re an adventure enthusiast, you shouldn’t miss it.

Stop at the Beaver Falls that are a part of the Beaver River, descending 300 feet and merging with Lake Superior. There’ a short trail to get views from a different angle. There are many eclectic shops in Beaver Bay, like Beaver Bay Agate Shop, Shipwrecked Gift Shop, Christmas Up North, among others, that will offer you some fascinating collection.

In the Silver Bay area, the 9400 acres of Tettegouche State Park features the state’s highest waterfall, six lakes, and around 23 miles of hiking trails. Four routes allow you to take quick views of the area. If you wish to stay and explore more, three hiking trails will call out the adventurer in you.

Among the three trails, one follows a Cliffside path, one will take you to the Minnesota region’s highest waterfalls, and the third trail is a steep terrain with a gravel path.

The other stops on this scenic drive include Lutsen, Grand Marais, Grand Portage State Park, Oberg Mountain Loop, and many others.

A district dedicated explicitly to tourists, and recreational activities can never miss the list of things to do in Duluth. The attractions in Canal Park are,

You can visit this museum for free. The museum demonstrates the history of the Great Lakes and also details the history and operations of the Aerial Lift Bridge. There are three replica cabins and pilothouse which are historically accurate. The museum also exhibits 50 scale models, steam engines, and other interactive displays.

Located on the Duluth Waterfront, Great Lakes Aquarium is everyone’s favorite in things to do in Duluth. This aquarium successfully features the habitats and basin of the Great Lakes. It also features other freshwater ecosystems like the Amazon River.

The aquarium is home to 205 species of fishes, reptiles, amphibians, mammals, and even birds. The museum predominantly focuses on freshwater exhibits. You’ll be amazed at how the permanent fixtures and rotating exhibits resemble the actual habitats in the Lake Superior basin.

Take this virtual tour and get an idea about what awaits you at the aquarium.

Floating on a slip in the harbor of Duluth, William A Irvin is an ore boat converted to a maritime museum in 1986. William Adolph Irvin was U.S. Steel President and his namesake boat that was christened in 1938 served as U.S. Steel’s Great Lakes Fleet Flagship. This floating ship museum is worth your time.

The Lakewalk and Lighthouse Pier

The 7.5 miles of Canal Park Lakewalk is for all. The Duluth Harbor North Pier Lighthouse will be part of your walk. It is a 20th-century technology built lighthouse. You can walk from the Lakewalk to the lighthouse pier and go up the steps to get a view of the lock.

Apart from this, you can explore Downtown Duluth. Downtown being a center of the area’s cultural and social traditions is a must among things to do in Duluth.

In Downtown Duluth, there’s the main library, foremost museum, local restaurants, bars, live music venues, shops, and many more. Most of the Downtown area is within walking distance of the Canal Park district. So, in one go, you can explore so much. Isn’t it amazing?

Isn’t the word railroad museum attractive in itself? The museum hosts seven steam engines, 14 diesel engines, and also two electric locomotives. There is a heritage railroad operated by the museum called the North Shore Scenic Railroad.

The railroad is between Duluth and Two Harbors. There are lots of tourist excursions between May and December.

The museum depot also houses several other spots within. So, if you like history, art, and rails, the museum is a must-visit.

Described as “one of the premier sites in North America” by Audubon Society, Hawk Ridge is a bird observatory and nature reserve. The place is renowned for the raptor migrations in autumn. Around 20,000 bird watchers visit this place each year. No doubt it has to be in top things to do in Duluth

The Historic Congdon Estate, Glensheen, is a massive 20,000 square foot mansion. This gorgeous mansion is housed on 12 acres of waterfront land on Lake Superior. Designed in the Jacobean style of architecture, it has 39 rooms. The builders have taken inspirations from Beaux-Arts style, Late Victorian Arts, Federal Style, English Style landscapes, and is also an example of the craftsmanship of the 20th Century Midwest.

Many movies, documentaries, series features the mansion. You’ll fall in love with this majestic and royal looking mansion.

This ski area in Duluth was built in 1974. Being the second tallest ski hill in Minnesota, it has a vertical elevation of 700 feet. The skiable area is 175 acres with twenty-two skiing runs, and twelve downhill mountain biking runs. The lift systems include five Chairlifts, one ski-carpet, rope tow, and handle tow.

The Spirit Mountain also has a massive terrain park with various jumps ranging from 15 to 60 feet. Other attractive features are added here like an alpine coaster, zip line, miniature golf, and snow tubing. It is a great winter destination to have fun with friends and family.

Enger Park is a Golf Course that offers lots of fun and breathtaking views of Duluth Harbor. Built near the Enger Park Tower in 1927, this is a 27-hole course featuring traditional-style layouts.

There are many other facilities, like a clubhouse and snack bar. They have a fully stocked golf shop. If you’re a golfer, you will find all the apparels and equipment that will pique your interest just here.

Things to Do in Duluth

Confused among the things to do in Duluth, right? But I swear, if you pick among the spots mentioned above, you would have no regrets at the end of your tour.

Apart from these also, many attractions are visit-worthy and well-known. Know about any such spots in Duluth? Then comment down and let the newbie travelers also know. 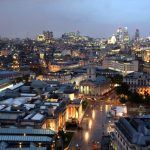 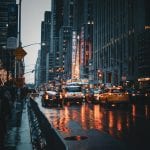