Humans have inhabited this planet for approximately 200,000 years.  However, they did not exist alone; they lived with their rituals and customs. As humans evolved, these customs and rituals continued to grow and evolve along with them.

We as people tend to hold onto our customs and continue to follow them even after hundreds of years since their conception. No matter how weird these may seem, societies observe these rituals as they are an essential part of their belief system. There are many interesting rituals around the world that are religiously followed by the people.

Following is a list of 7 interesting rituals around the world:

You must have come across pictures of various African tribal women wearing massive plates on their lips. But did you know that this decoration is a long-standing tradition of multiple tribes not only in Africa but numerous tribes across the pacific?

This custom is followed among the tribes of Africa and America. In Africa, these lip plates are worn by the women of the tribe. The ritual of piercing is done once the woman reaches adolescence. However, the age at which the piercings are made varies from tribe to tribe.

An initial incision of 1-2 cm is made on the lower lip. A wooden peg is then inserted. After the wound heals, gradually, plates of bigger diameters are inserted. It is, however, done according to the wishes of the wearer, who is free to decide upon the width of the disc. Women can also opt not to wear them at all. It is believed that the bigger the plate, the higher is the status of the woman in the tribe. Every woman crafts her lip plate.

However, among the South American tribes, these lip rings are worn by men. The higher the social rank, the larger the lip plate.  In South America, the plates were mainly made out of wood. These lip rings continue to be popular in various parts of the world.

Being an adult is not an easy task. But being a male adult of the Sateré-Mawé tribe of the Amazon is all the more difficult and excruciating. This tribe has a unique and painful way of welcoming their boys into manhood. There are many interesting rituals around the world; however, this one proves to be the most painful.

The tribe believes that to survive in the harsh conditions the jungle has o offer, a man should be able to take upon any amount of pain. Therefore, when a boy reaches adulthood, they are supposed to shove their hands into a glove. It seems easy, right? But here’s the plot twist. The glove is full of ants, and not just your typical, small, cute ants, but the infamous bullet ant.

The ants are put out of consciousness using a mild sedative. They are then woven into gloves, with their antennas sticking out on the inside of the glove.  This bullet ant is known for its agonizing sting.

The person is then supposed to keep their hands in these ant gloves for a whole 5 minutes. This ceremony is repeated four times over months or years. The effects of their sting can be felt even after removing the ant gloves. The people may hallucinate or faint, and the excruciating pain comes over in tides over the next 24 hours.

The otherwise silent village of Hahoe, situated on the banks of Nakdong River, South Korea, lights up once a year in a marvelous swirl of fireworks. This 450 yr old tradition is still alive and is celebrated with a lot of enthusiasm. It started mainly as an entertainment for the aristocrats during the earlier times who would sit in their boats and watch this spectacular scene. Boating (Baet Nori) is the central part of the event, and everything else revolves around this.

Small bags full of twigs, charcoal, and salt are stringed together and hung over the river banks. These bags are lit on fire, which gives out beautiful sparks and looks like fireworks.

Empty eggshells are filled with paper and cotton soaked in oil. These are also lit on fire and floated into the river(Dalgyal Bul Nori). The festival ends with rolling a flaming barrel of twigs down a cliff, shouting “Nakhwa- Ya” (nakwha nori). With each barrel-rolled down, the spectators make a wish. This beautiful ritual is open for all.

This is probably the most beautiful ritual on the list of interesting rituals around the world.

4.  Living with the Dead, Indonesia

Fourth on the list of interesting rituals around the world is the ritual of living with the dead ritual. After their family members pass away, the Torajan people in Indonesia keep the bodies of their deceased loved ones with them, for months or even years.

According to the people, if they bury the dead too soon, they won’t be able to get over the pain. The dead bodies are injected with a chemical called Formalin. It is a preservative that prevents the body from decomposing quickly. The deceased are given their rooms; their clothes are changed, and they are also given food and water twice a day.

However, even after the corpses are buried, the relationship between them and their families does not end.  Another ritual called ma’nene is carried out once several years. The word ma’nene means ‘cleaning the corpse.’

In this ritual, the bodies are dug out of their coffins. The corpses then ‘walk’ to their homes. Then they are cleaned and groomed. The family members then proceed to take family photos with their dear ones, after which they walk back to their graves.

Weddings are a fun affair, especially for the groom and the bride, who enter a new phase of their lives. However, in Scotland, a weird ritual is followed, which might not be very fun for the ‘to be married’ couple. To prepare the two for the difficulties they might face after marriage, the ritual of blackening the couple/bride is carried out.

Eggs, spoilt milk, or everything disgusting is used to drench the bride and/or groom who are ‘kidnapped’ by their friends and families for the ritual. The aim is to make the person as uncomfortable as possible. They are then paraded through the area in open back trucks. The origin of this ritual is unclear. This ceremony usually takes place some days before the wedding. It is mainly followed in the rural parts of northern Scotland.

El Salto del Colacho or El Colacho is a popular ritual followed in the village of Castrillo de Murcia. It is celebrated once a year to celebrate the feast of Corpus Christi. In this ritual, the babies born in the year are laid down on the street.

Then, men dressed in red and yellow suits, impersonating the devil, jump over the babies. It is done to rid the babies of lousy luck and original or ancestral sin. It is also believed that this ritual would ensure them a safe and happy life.

One of the most interesting rituals around the world, it featured in the British newspaper, ‘the guardian’ as one of the strangest holidays.

The locals believe this custom acts as a kind of ritual. However, the church has asked their priests to distance themselves from this ritual and don’t consider this an actual baptism. Earlier, only locals participated in this activity. Although recently, more and more people have been traveling to the village to take part in this ritual.

This is the last and probably the most hilarious ritual on the list of interesting rituals around the world. The bathroom ban ritual is followed by the Tidong tribe of Borneo island, Indonesia.

After the marriage ceremonies are completed, the couple is prohibited from using the bathroom. However, this ban doesn’t continue for one day or two but a whole three days!!!

The couple is put under close watch and is given minimum amount of food possible. The tribals believe that by doing this, the couple will form a stronger bond.  Breaking this tradition is considered to bring about bad luck, unhappy life, and even the death of the children born to the couple.

These rituals and customs are essential as they form various aspects of society. However, it should also be understood that many of these satanic rituals were birthed out of superstitions and are backed by little or no logic. Though traditions should never be disrespected, it is always a good idea to give them a little thought and put the physical, mental and emotional well being of the people before. 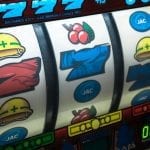 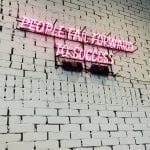