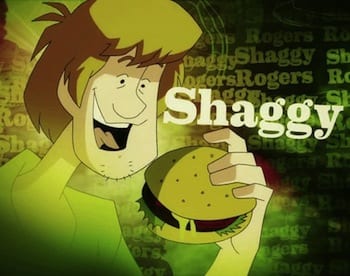 If we talk about evergreen cartoons, then starred Scooby doo by Hanna Barbera productions makes its place in the list of tops. And if we talk about evergreen cartoon characters can Shaggy from Scooby-Doo is a tough competitor for the crown of best. Admit it, when I say Scooby doo the picture of a dog along with his thin and tall owner Shaggy Rogers and their overarching story as well as the mind blowing mystery machine come to your mind.

Not to mention the gang of Scooby-Doo dynomutt dog with Fred, Daphne, and Velma, and the iconic truck was part living in small town and parcel of our childhoods fighting with the slime gang visits, ghosts and monsters, cat creature, gator ghoul, young thug slime and much more. And when it comes to the best of Shaggy, like the scooby doo dynomutt hour, scooby all star laff a lympics  instantly takes us down the memory lane reminding our childhood. let us see these best season episodes.

Shaggy has been a mood always. In his iconic green t-shirt and brown bell-bottom pants, messy hair, and the superpower of eating, he has been ruling the cartoon lovers’ heart for eras now and enhances our laugh track. Not only his superpower of eating a lot and not getting fat but also his unconditional love for his dog was widely loved. Best of Shaggy means the best of fun-filled mysterious adventure with the Scooby-Doo gang that had all of us hooked to our couches.

From 1969 till present the show is running on TV with guests starred and never saw a declining graph in popularity. Through this article, we will take you down the memory lane reminding you the best of Shaggy. Read below to find them all.

1. Scooby-Doo and a Mummy Too; Best of Shaggy Had To Include the Mummy

Shaggy is known for his accidental mischief. And that often led to trouble for the whole gang. As it happened in episode 12 of Season 1 of “Scooby-Doo Where Are You!”. Scooby dum, Shaggy, Fred, Velma, and Daphne visit a historical museum to spend their holiday differently. They come across the exciting story of the Mummy of Ankha.

Now Mummies are always interesting for adventure lovers like the Scooby-Doo gang and us. So the story of the Mummy of Ankha goes like, the Mummy is around 3000 years old. It can come back to life and turn people into stone if it is removed from its tomb. Now, who will intentionally remove such a dangerous mummy from its tomb, right? But as we mentioned earlier, accidental mischief is always in the best of Shaggy.

Turned out that the mummy is too fond of its treasures that included valuable coins. Accidentally one of the coins gets into Shaggy’s pocket, and he leaves the museum with the coin. Later on, the slime gang come to know about the coin and return to the museum to find the professor. To their shock, the professor was already turned into a stone, and the Mummy of Ankha was missing.

The Mummy gets after Shaggy to get its coin back. As the story proceeds, Shaggy and Scooby-Doo show up their karate skills to fight the Mummy. Shaggy finds out a stone statue of Scooby-Doo, and his mourning over it clearly showed how deeply he loves his dog. But later on, they together solve the mystery and unleash the real face of Mummy of Ankha. Certainly one of the best of Shaggy.

2. Go Away Ghost Ship; One of the Best Performances of Shaggy’s Mind

Episode 14 of Season 1 of “Scooby-Doo, Where Are You!” was probably one of the best shows of the whole franchise. Not only was the entire story was engaging like hell, but also it was one of the best of Shaggy. Shaggy and gang get on a journey to uncover the mystery of the haunted ships of Mr. C.L. Magnus. A ghost pirate called Redbeard was haunting Mr. Magnus’s ships and looting them.

Shaggy and Scooby-Doo get captured in the ghost’s hand and with the pirate orders them to cook for him. I know, right? That’s the first mistake he committed. He asked the most celebrated foodies to cook food. The story gets more interesting when Shaggy puts on a paper pirate hat and imitates Redbeard so accurately that his two henchmen get fooled and start listening to Shaggy.

Later on, the gang finds out clues from the very same paper hat and reveals the mystery behind Redbeard. The whole chase and catch were successful with the help of Shaggy, Scooby-Doo, and a jackhammer. So this one was undoubtedly one of the best performances of shaggy’s mind. I mean, who knew even his brain works as fast as his tummy?

3. Beware the Beast from Below; Best of Shaggy in Disguise

Shaggy and his disguises were bound to be included in the best of Shaggy. Be it the French painter, knight, or the police, he can take any disguise smoothly. But in this article, I will talk about one of my personal favorites of best of shaggy in disguise.

Episode 1 of season 1 of ” Scooby Doo  Mystery Incorporated,” aka Beware the Beast from Below is unique for many reasons. This is the first episode of the franchise, the first time Velma expresses her feelings about Shaggy and, most importantly, the first and one of the best of Shaggy in disguise. The story revolves around Scooby-Doo and gang being attacked by mutant slimes while they do nothing but their usual stuff.

And you know their usual stuff includes handling original mystery incorporated. Anyways, after the attack, they find out three bodies inside three cocoons and successfully steals one of them. Then they head towards the school, and there ask Professor Raffalo to help them studying the body, and he agrees.

As the story progresses, they find out the slime monsters have substances from their favorite ice cream brand Fruitmeir. Now the gang had to investigate the shop but can’t get access. This is when Shaggy comes to the rescue with his beloved dog Scooby-Doo. They take the disguise of Fruitmeir waitresses. And at night, they help the rest of the gang enter into the store and investigate. Not to mention like every other episode in this one too, a human face was revealed under the disguise of the monster.

But admit it was disguised as a waitress was not only difficult but also one of the best of Shaggy in disguise.

4. Hassle in the Castle; Shaggy and His Superpower of Eating Without Getting Fat

In a lot of episodes, we have seen Shaggy and his love for food, but among everything, sandwiches were his weak point. And his loge for sandwiches led to the creation of the Super Shaggy Sandwich. Shaggy made this sandwich in episode 3 of season 1 of “Scooby-Doo, Where Are You!”, Hassle in the Castle. Yes, I know Scooby-Doo fans already remembered its successor Shaggy Super Sandwich, which Shaggy made in the excellent episode “A Night of Fright is No Delight.”.

Coming to the Super Shaggy Sandwich, Shaggy made this sandwich when the gang was stuck in a haunted castle after getting lost due to fog. While Velma suggests Shaggy to stay up for guarding, he decides to treat himself with his double-decker sandwich. He did mention the ingredients if you remember, and I did try to make it at home. Loaf bread, ham, ketchup, cheese, lettuce, sardine, olive, and what else? Name the rest of the ingredients in the comment section below.

Not to mention he made the sandwich, but Scooby-Doo cunningly ate it. Another sandwich appearance in the episode is the ghostly ham sandwich that appeared in mid-air out of the blue. Even though it was vanished by a ghostly knight’s ax, Shaggy came back to find the sandwich out. That proves eating can be included more than once in the best of Shaggy.

5. Mystery Mask Mix-Up; Best of Shaggy and His Motorcycle Scooby

Shaggy using Scooby-Doo as his motorcycle is one of the best of Shaggy and Scooby-Doo bonding. In episode 2 of the second season of “Scooby-Doo, Where Are You!”, we can have the best example of how to use your pet dog as your motorcycle. But beware! Not all pet dogs are Scooby-Doo to have a superpower to turn into a motorcycle.

In this episode, the gang goes to the Chinatown of San Francisco to watch the Chinese New Year’s Parade. Meanwhile, Daphne likes an ancient Chinese mask from an archaeological shop and buys it. The mask is decorated with valuable jewels, and supposedly it belongs to the ghost of Zen Tou. Following his orders, two of his ghosts kidnap Daphne and get the mask.

In an attempt to save Daphne from an abandoned and haunted temple, Shaggy and Scooby-Doo run into the ghost of Zen Tuo. We can see him wearing the golden mask in this scene. This is when Shaggy rides Scooby-Doo like a motorcycle to escape and succeed in doing so. Even though the “ghost” tries to kill the gang, they usually reveal the human face behind the mask.

6. Whenever Shaggy Yelled Out, “Scooby-Doo, Where Are You”

Last but not least is the iconic line of all the episodes of all the seasons. Yes, we are talking about the famous one-liner Scooby-Doo where are you? That defined not any specific episode but the whole franchise. And who other than Shaggy could create it. Yep, this one-liner is the best of Shaggy creations.

Throughout all the seasons, of all versions, whenever Shaggy was in trouble, the first name that came to his mind was of his beloved dog. Scooby-Doo and Shaggy’s bonding was something to learn from. And to be honest, their bonding made the show worth watching on repeat.

I loved not only this one-liner but also the funny yet smart jokes that Shaggy cracked in the middle of danger. I was even habituated to say Zoinks! Yes, you got it right that is another best of Shaggy creations.

Shaggy was the part and parcel of our lives, and the list can be confined in 7 best of Shaggy. We have grown up with the gang, and before finishing this article, let us remind you 5 of the most life lessons that Shaggy and his gang taught while having us hooked on our couches. 5 best of Shaggy in the criteria of essential life lessons-

So that was our choice of 7 best of Shaggy in Scooby-Doo. Do you think some more episodes should be added? Please put your thoughts in the comment section below. 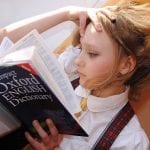