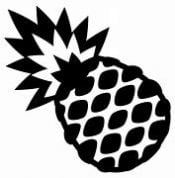 In search of fascinating facts about Pineapple Symbolism? Then, my friend, your search has come to an end because this article is all about pineapple symbolism.

Pineapple is such a great fruit. Most people on our planet are obsessed with pineapples and add this delicious food to everything that they eat, even pizza some times.

Pineapple is a beautiful fruit that is said to have worn its own crown in the form of green leaves. However, as we go deeper into the fruit’s details, we will come to know about pineapple symbolism.

Pineapple is an extremely nutritious fruit. The pulp of pineapple contains 86% water, which is a significant necessity for the human body. The nutritional value of pineapples does not end there! It also includes little fats and a fair amount of carbohydrates.

Vitamins in pineapples are essential for the growth of our body. In fact, it prevents and treats diseases like scurvy. It is also sold as a dietary supplement in some cases. It helps in curing several ailments and is suitable for health.

The usage of pesticides in the process of growth of pineapples is a big concern for people. This is because farmers use toxic substances to make the plants grow faster, which reduces the pineapple plant’s nutritive value itself.

As stated earlier, pineapples are used in cuisines worldwide and are used in several things. They are most commonly used and sold in uncountable tropical countries that produce several pineapples in one year.

Pineapples are sold in the form of snacks many times too! Some other times they are sold in halves with a stick inserted. People love eating pineapples!

Cherry is one of the best ways to garnish a pineapple dish. Pineapples are further used in Pina colada, which is a popular mocktail enjoyed all over the world. Hamonado, Afritada, and Hawaiian haystack are some of the traditional dishes that require pineapples as a primary ingredient.

Pineapple has a scientific name, too- Ananas Comosus. This tropical plant is indigenous to South America and has meanings that have slowly evolved with time. Pineapple symbolism is pervasive amongst several cultures in the world.

Let us understand in detail how pineapples have been symbolized over time in the different parts of the planet.

You must have heard that rose is the most significant symbol of friendship. However, pineapples have also been used as symbols of friendship worldwide, especially in the South. It is also used as a welcoming symbol. In fact, some people even gift pineapples as a gesture of welcome or friendship.

Moreover, pineapples symbolize assets. It is also said that many grocery stores use pineapples as a symbol for welcoming their customers.

After the colonial times were over in many countries in the world, people had started buying or even renting them for decorating their houses. Many people decorate fake pineapples on their front door.

When people gave too much fame to this fruit, it was costly to buy at one point in time. Well, it is observed that even today, pineapples are used as show-pieces in the houses. Most of the pineapples used today for the purpose of decoration are fake.

Pineapples were one of the most classy fruits and crops in Europe. Many travelers, including the great and famous Christopher Columbus, used to bring back rare crops to Europe after their long trips. Pineapples were exotic fruits that were brought back along with avocados and sugar cane.

In the 15th and 16th centuries, pineapples had become perishable fruits. They were very popular, and there was a high demand for fresh pineapples. King Charles II ruled England until 1685.

King Charles II demanded one of his paintings be made where he posed with a pineapple.

A king wanted to pose with a pineapple in his painting. This shows how strong pineapple symbolism has been and how it has changed to a large extent. Along with Europe and England, pineapples were highly in demand in Colonial America too!

He had also quoted-“none pleases my taste like pineapples.” These were the reasons why pineapple symbolism became important.

Pineapple symbolism has too many aspects. One of the best examples of pineapple symbolism is luxury. People have used the fruit in several ways. This is the reason that it has been used synonymously with luxury.

It is also known as the symbol of health, wealth, and prosperity. Along with this, some people also believe that it can fetch a fortune. Thus, it is also symbolized as good luck.

There is a belief that the host has good connections if he has fresh pineapples. This belief arrived after people repeatedly started using pineapples as a symbol of luxury and luck.

Such beliefs are very prominent in Europe. European people have even tried to grow pineapples in the European soil. However, only a few plants survived.

Later in the 19th-century, hothouse growth eventually started. Due to this new way, the cultivation of pineapples became better and better with time.

Much later, pineapple canning began, and this step made pineapple production very famous. It was accessible to several people now. The cheap cost of pineapples now allowed common people to buy them. This is how pineapple symbolism as luxury changed over time.

Anything in this world with beauty gets famous, really fast. The same thing happened to the princess of fruits- the pineapple. Pineapples are said to have a crown of green leaves. This is why they are also known as the queen fruit. 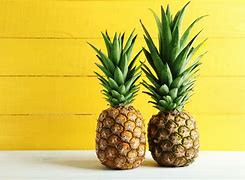 This so-called crown made pineapple a beautiful fruit, and people started demanding more pineapples. One of the easiest examples of pineapple symbolism is gifting pineapples to someone special to you or someone who looks beautiful.

Kings like Charles II and other European kings have praised the pineapple. This is why pineapple symbolism became very important for the people of their own kingdoms. In fact, kings literally advertising a fruit made it the symbol of Royalty. 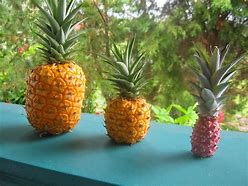 When we watch an advertisement, we take it as something that keeps playing on the television between our favorite films and TV shows. When these advertisements are done by someone who is famous, we get attracted and give attention to it.

Even when advertisements contain some catchy music or beat, we as human beings tend to give attention to it.  We tend to buy the product advertised by the actor or by a popular person due to these things.

This is precisely the same thing that happened in places all over the world. This is how royalty became an essential example of pineapple symbolism.

Pineapples were also symbolized as royal fruits due to the prohibitive cost due to which it was not available to the common people. It was a fruit of the rich and wealthy.

Pineapple symbolism has become uncommon, whereas pineapple as a crop or fruit has become very common in modern times. Today, it is often associated with Hawaii. The state of Hawaii produces one-third of the pineapples in the world.

You will be shocked to know that Hawaii not only produces one-third of pineapples in the world but also produces 60% of canned pineapples!

Pineapple production in Hawaii is a very recent phenomenon.  It is said the pineapples have arrived in Hawaii through the roads of the West Indies. West Indies was the first place where the great traveler Christopher Columbus tasted pineapples. 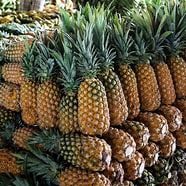 Pineapples originated in South America. However, most Americans today associate this fruit more with mocktails, juices, and other drinks and less with pineapple symbolism.

People today like glamorous parties. Due to these changes, pineapple symbolism has become almost non-existent for youngsters and modern people.

From being a fruit that was sold as a snack to being a symbol and then becoming a ubiquitous fruit – Pineapples have been an important part of our life.

Pineapple symbolism taught us something significant – people can interpret things in their own way. This means that there is no right or wrong in this world. It is all about the way we think. 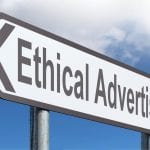