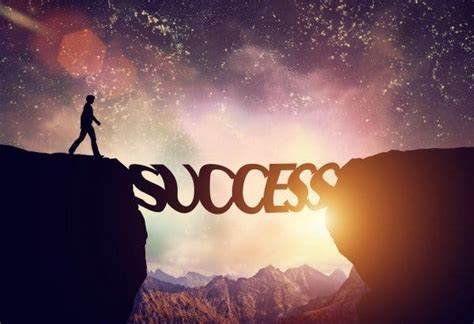 Looking for some inspiration in life? Here in this article, you will find the top 5 Stories that say Don’t Be Afraid to Fail.

Setbacks are an integral part of a successful endeavor. You are just like an arrow that’s pulled back a little to send you with great resilience towards your target!

To every determined achiever out there, the one thing you need to always remember is don’t be afraid to fail. Failures are nothing less than a valuable lesson to be mindful of in your journey.

The key to accomplishing your target lies in the way you interpret and react to every single setback. Success stories are, on numerous instances followed by failures.

The outright example being the story of America’s greatest inventor, Thomas Alva Edison. His revolutionary invention of the electric lamp which was preceded by 10000 failed attempts never deterred him. His story is a first-rate example of why they say don’t be afraid to fail.

Michael Jordan, Steven Speilberg, Steve Jobs, Abraham Lincoln were all eminent in their respective fields. But their journeys weren’t a cake-walk! The failures they endured during their early times only made them stronger and successful. In this article, let us dig into 5 motivating stories that say don’t be afraid to fail.

5 Stories That Say Don’t Be Afraid to Fail 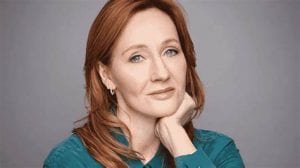 When you are confident in your approach, there’s nothing to hold you back. The most relatable example is of the world’s largest book franchise’s author J. K. Rowling. Everyone knows the story of Harry Potter, his two best friends, and his wizardry school. But seldom know the crafting and efforts it took to publish this thriving franchise. 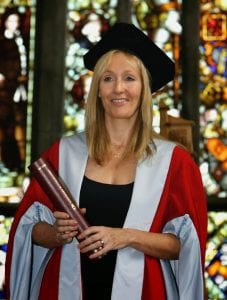 J.K. Rowling was an exuberant literature lover with dreams of being a successful writer since the bare age of 5. But she was on a completely different track until the age of 25. In the end, all it took was a delayed train to set her on the right track. 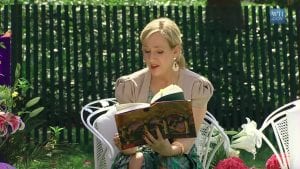 The story of Harry Potter originated in a train coach from Manchester to London King’s Cross that got delayed! 7 years later in June 1997, the first part of this revolutionary novel series was published by Bloomsbury.

But the struggle to find a publisher was the most challenging part of J. K. Rowling’s journey. After her breakthrough in 1997, it was only onwards and upwards for Rowling. She taught herself and showed to the whole world don’t be afraid to fail! 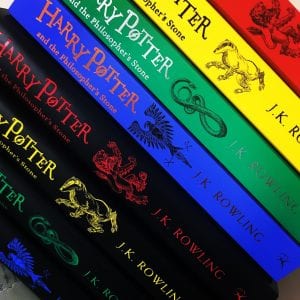 Without much hassle, the Harry Potter franchise shattered records in its book sales. Later, the Warner Bros Studio bagged the rights to adapt them into movies. What followed was 8 bestseller novels and a sensational cinematic franchise!

Had she given up in her quest, the world would’ve missed her wonderful work. And an even more valuable lesson on why they say don’t be afraid to fail. 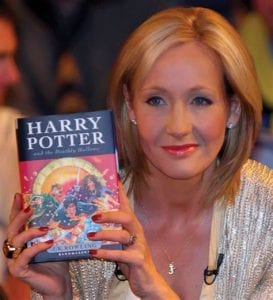 Hardships, depressions, suicidal thoughts, and much more; Rowling faced it all in her quest to publicize her novel. 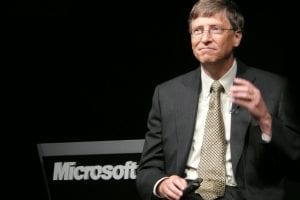 This is the story of a young and determined entrepreneur who battled all odds to emerge as the world’s youngest billionaire! From dropping out of a prestigious institution like Harvard to becoming the world’s richest man. Bill Gates had come a long way. 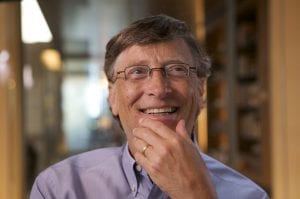 Bill Gates and Paul Allen approached MITS claiming that they had the necessary software to run their Altair Computer. But the truth was, they were empty-handed. All they needed was approval from the company. What followed was the invention of Microsoft with two months of day and night hard work by them.

Still, reproduction and free distribution of their software hampered the company’s revenue. The owner of MITS selling their company meant the duo had to reclaim their invention from the new owner. At last, they started their own company named Microsoft and we know what happened next! 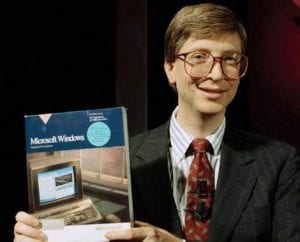 Despite all this, Bill Gates had to face several hardships to survive in the competitive field. Competitive Lawsuits, copyright issues, rivalries with Apple, Bill Gates faced it all! He developed his company’s software department and proposed a new Operating System and eventually the most popular one, Windows. 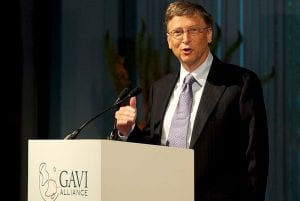 Every single failure Bill Gates faced was just a small detour from his goals. He confronted them daringly and this proved to be the key to his success. Bill Gates’ story clearly says don’t be afraid to fail, for you never know what’s in store for you. 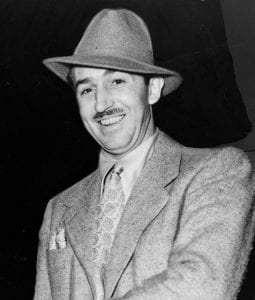 It is always tough to cope up with heavy downfalls in your career. And being discouraged for your works make it harder to pursue any further. Such is the story of Walt Disney that says don’t be afraid to fail.

Walt began as a military aspirant and ended up being an ambulance driver. But that proved to be a blessing in disguise! Walt gained his first recognition when his sketches on the ambulance were published in the army newspaper! 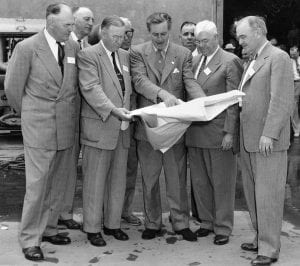 After a year, Walt joined as a cartoonist at the Pesman-Rubin Art Studio. But he was fired within a year for lacking creativity! Walt went on to start his own business along with a fellow cartoonist which turned out to be a dead end. Walt now joined another agency and left them too due to a conflict of thoughts.

Then, he started his 2nd business with more animation artists and made short cartoons with the name Laugh-O-Grams. That too had to be dropped for good thanks to their company going bankrupt! He faced all these before the bare age of 22! 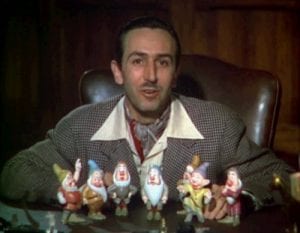 Walt decided to step into Hollywood with his brother Roy and that was the first impression of the Disney Bros Studio! He created the Oswald and Alice cartoon series which turned out to be successful and life-changing.

Yet again, Walt faced another challenge after his fee was reduced when he wanted a raise. This led to him leaving his job and losing the contract for his invention, Oswald! 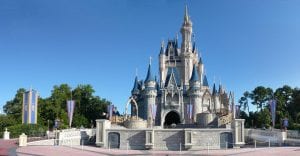 A bereft Walt had yet another shot with a new cartoon character and the most popular one, Mickey Mouse. What started with little reception, emerged triumphal after Walts’s idea to bring a voice to the cartoons. 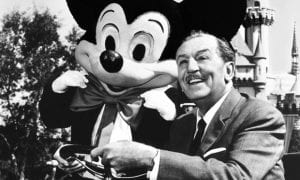 By then, Walt faced every setback in his career! He knew how to face failures and ventured into various ideas without the fear of failure. The idea of Disneyworld was an instant sensation and the dawn of theme parks! This inspiring story of Walt Disney clearly shows don’t be afraid to fail. 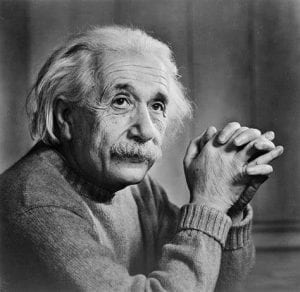 Albert Einstein is a monumental name in the field of Science. His journey is one of the most valuable stories that say don’t be afraid to fail.

Albert Einstein started as an academic failure but excelled in his favorite subjects, Mathematics and Physics! His father’s worrisome business ventures meant that he had to learn from a boarding school. At the age of 16, he went back to his parents. 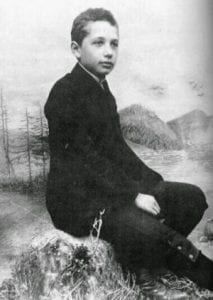 Luckily, Einstein could study at the Swiss Federal Polytechnic School if he cleared its entrance examination. An exuberant Einstein could shine only in Maths and Physics but was eventually allowed owing to his fantastic Maths score. Later, Einstein graduated in 1900 and what followed was the worst 2 years of his life. 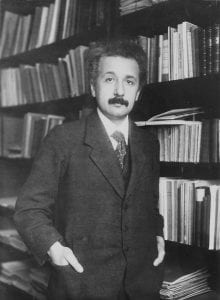 Einstein was jobless and couldn’t afford a good word from his professors, thanks to his self tutoring interest. But Einstein had to take care of his family and a bankrupt father. He temporarily tutored students and was fired from that job too! In spite of all this, he was never afraid of failure. 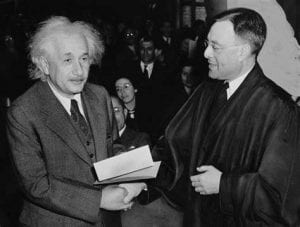 Finally, Einstein was able to land a clerical job with regular income to run his family. He also had ample time to pursue the scientific ideas implanted in his mind. 1905 was a breakthrough year in his career. He published 4 papers on modern Physics that turned out monumental in the field of Science.

Albert Einstein was finally honored with the prestigious Nobel Prize for his work on the photo electric effect in 1921. This shot him to global fame and stamped his name in the history books. 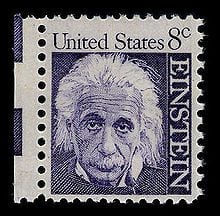 After starting with a disastrous educational career, Einstein turned tides remarkably to excel in the field he was deemed unworthy! These kinds of inspiring stories are the reasons why they say don’t be afraid to fail.

Rowan Atkinson is an enigma in the field of entertainment. No wonder, his success story is one of the reasons to believe don’t be afraid to fail. His childhood was to harsh on him, for he was bullied for his looks and stuttering when he spoke. Little did they know that Atkinson would eventually become a globally loved star for his legendary show, Mr. Bean. 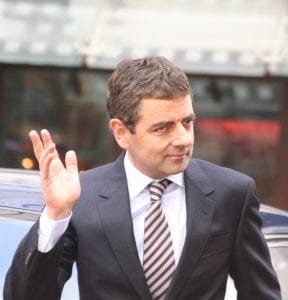 Rowan Atkinson was hopeless about his career in acting and hence opted to focus on his studies. His teachers were not confident of his academic abilities. But he made his way into the prestigious Oxford University to pursue Electrical Engineering.

His stuttering was a major setback in all his auditions for a television star. But an undeterred Atkinson started scripting his own TV Show, Mr. Bean. 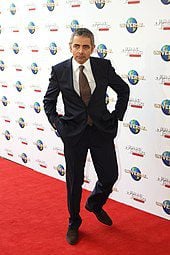 The mime screenplay of Mr. Bean was extremely successful and unique. This showed the world that looks and vocals weren’t all that a good actor needed. The show shot to global fame and Rowan Atkinson emerged a hero to all the aspiring actors out there! This story of Atkinson is one of the reasons they say don’t be afraid to fail.

The stories of such eminent personalities are very much influential. They also prove that anyone with the right perspective can rise to an enviable level. The fear of failing is nothing to be afraid of, for it will only make you stronger.

We hope you enjoyed reading our compilation of these 5 wonderful stories that say don’t be afraid to fail. Don’t hesitate to mention your favorite story that keeps you motivated in the comments section. 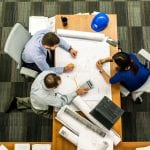 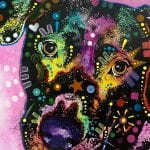