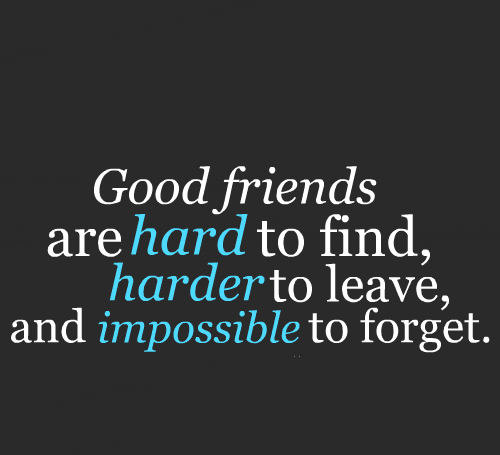 “5 best friends and The Funny Incidents I Had With Them”

Best Friends has always been an integral part of my life. They have been with me in my worst times and helped me sail through the storm.

When we say that we make best friends who are like us that is true in my case. All my best friends are wonderfully weird. My life would have been very dull if all these people, my best friends, weren’t there to make it amazing. They are important, awesome and best of all, mine!

Today I am going to share One the most funniest incidents of five of my best friends.

HERE ARE SOME FUNNY INCIDENTS WITH MY BEST FRIENDS

You know you make so many friends in life and we have at least one quality similar to them . Laziness is the quality that we share, we both are so lazy that we can actually write a whole book on our crazy incidents of pure laziness, but we won’t write it because, yes! You guessed it right we both are too lazy to write it .

There were so many instances where we both are just standing in front of the class about to enter and suddenly we look at each other and we both know what we both are thinking, that’s right we just simply don’t attend the class just because we are too lazy to sit in the class and listen to the teachers.

Even though teachers are the one doing all the work we just have to sit there and listen to them.

So one day we decided, enough of our laziness and we should actually go and attend the whole class. We are sitting in the metro motivated to attend the class  and suddenly we looked at each other and we both had the same look , that look of let’s runaway.

But we both somehow tried to motivate each other that this time we have to attend the class.

So we are walking silently our hearts are beating fast and suddenly I hear the voice of splash near my shoulders, a bird had just beaten on me.

Dimple came running to me and whispered in my ear “Priyanka this is God’s sign, and he is telling us to not to attend the class “. I looked at her and yes you already know what happened next we didn’t attend the class again.

But this is time it was God’s sign and how can we not listen to God.

“The day when we were the robin hood of the college”

She is the Sheldon of the group, with Sheldon I mean the girl who is basically allergic to stupidity in other words she allergic to human.

Out of many fanatical incidents one incident is the most prominent in my mind.

So now it is the time of the year when we had to submit our examination forms. Now just imagine the length of the queue in front of the office.

Another category is of the one who wants to go to the other side of the line but rather than choosing the long route they try to cross from the middle of the line disturbing everyone. So this time me and Shagun decided that no matter what we are not letting this category of people to disturb the line, it was like we were the messiah for the people who are standing in the queue.

We kept fighting with all the people who tried to enter the queue from in between.

Suddenly these three popular girls of our college tried to enter the line from between but we didn’t let them enter and then one of them started abusing and you know what must have happened next me and Shagun we like a gang of gangsters made them run away like anything I abused them back with a very bad slang  ( kids don’t try this at home) but all the three girls they were so taken aback and shocked that they went from there without saying anything ….and what about us.

Oh we felt like heroes like all the people in line looking up to us and applauding us, invisible applaud obviously.

“When she saved my life”

School is the best part of your life. For me it was the best journey of my life. School is where we make so many memories; the memories are sometimes good sometimes bad, funny and weird.

With Ipshita I always had happy memories. This incident which I am sharing is not exactly happy but funny for sure.

This was our first week in eleventh standard and there were still new people from other sections coming to our class. There was this girl which was rumored to be shifting to our class.

This girl was not the best of the girl in the school and had a very controversial image. I was not very happy about this change so while going down from second floor to first floor of my school building , I like a boss said it aloud to one of my friend that “ why this girl coming to our class , she is going to ruin the image of the class “ and suddenly I saw the girl  coming  up from the staircase . She heard it all , she looked at me gave me a scary a look .

Just imagine a hungry tiger looking at a poor innocent deer. In this case I was the poor deer, and she was the hungry tiger.

I went running to Ipshita like a kid goes running to mommy when he sees boogie man .I was so scared, I told Ipshita everything expecting that she’ll hug me and will find a solution but instead of comforting me she started laughing , she kept laughing for whole ten minutes making me feel miserable about myself. Looking at her I felt like laughing to but I just controlled because inside I knew I made a big mess.

I was so scared that after a while I started to cry and watching me cry, Ipshita went running to that girl I bitched about and told her about my condition and how scared I was .

After a while to my horror I saw that girl coming towards me . She came near me and I literally thought she is going to punch me but here is the twist to the story she hugged me. Yes! You heard me right she hugged me !

I have no idea what Ipshita said to that girl but it was a miracle. The girl hugged me and started comforting me saying don’t be scared, it’s ok and let’s be friends.

Even though Ipshita wasn’t very supporting that day but she saved my life!

“The day when I had to cut my legs (almost)”

So she is that friend with whom I travel a lot. We have been to a lot of amazing places since we were a kid.

So this incident is the funniest incident ever happened to me.

It was summer of 2010 and we were travelling the whole Utrakhand , so there were this place where there was a very small and pretty waterfall and the locals were swimming and having fun in the water . So we also decided to jump in with the locals.

I was so excited that I forgot to change my jean and wear something which will be comfortable and easy to change after I come out of the water.

So after a gala time in the water, It was time to change but  the pants won’t come off ! Because of the water the jeans got stuck to my legs. I tried everything but it won’t come off . I called Shraddha to help me out and she tried to pull the pants away from my legs but nothing worked.

After fifteen minutes of hard work she concluded that I may have to cut my legs , because the pants won’t come off  !

I was so scared because she convinced me that I have to cut my legs if I want to get these pants away from me. Fortunately, both my legs are intact because Shraddha’s mom came to my rescue. She held one leg and Shraddha held one leg and both of them started pulling with all their capabilities and boom the pants came off!! I didn’t had to cut my legs. But I was the subject of mockery for the entire day.

OH! The Things best friends do for each other.

“Dead body in the toilet”

She is one friend who is totally insane she is always laughing making you laugh she totally makes your life worth living.

But she has this weird habit of grossing us out. No matter what if Indrani comes up to you and says she has seen something and wants you to see it, DON’T! go. She has the tendency that if she sees some weird or gross thing she has to make us watch it too.

On the way to the toilet I felt like I am a detective and going to solve a murder mystery.

The moment I reached the toilet, what I saw was not a dead body but the worker who cleans the toilet sleeping away to glory.

Poor thing she was just taking a nap after a hard day and Indrani literally killed her alive!

I hope you enjoyed reading it as much I enjoyed living it. And as cliche as this sounds, best friends are hard to find, cause best are already mine!

Live every moment of your life and tell the people you love how much you love them while they can hear you .

Let others know about us! Please support us by liking www.facebook.com/icytalestoday !

“life is a voyage” this is the saying I live by. Passionate about travelling , writing and books. I have been writing articles from the last five years on various topics like food , travel , books, self help and inspiration  . My articles are simple and informative , which you can read with a cup of coffee at the end of the day.

"life is a voyage" this is the saying I live by. Passionate about travelling , writing and books. I have been writing articles from the last five years on various topics like food , travel , books, self help and inspiration . My articles are simple and informative , which you can read with a cup of coffee at the end of the day. 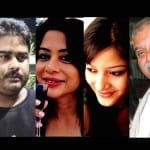