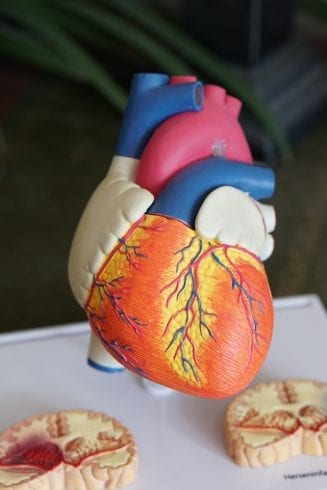 Your body is a utopia in itself—an absurd, extraordinary, pretty disgusting paradise. Ever wondered how hard your heart works? Or how many sweat glands are present in your feet? Keep reading to impress your friends with your knowledge of 25 cool facts about your body you need to know.

1. Facts about your Body: Your Heart Packs in a Punch

The heart is the hardest working muscle of our body. Every day, it generates enough energy to drive a semi-truck over 30 kilometers! The lifetime of an average human, the power generated by the heart, is equivalent to driving to the moon and back. The center is probably the only thing that could love you to the moon and back!

The human hair, aside from being flammable, is pretty difficult to destroy even with strong acids. So feel free to pull off that trendy blue hair look that you’ve always wanted to!

3. Facts about your Body: The Human Eye is a Wonder

If the human eye were converted to a digital camera, it would have a resolution of a whopping 576 megapixels! Currently, the latest, most expensive camera offers a resolution of 200 megapixels. The robotic invasion might be real, but they’d be living in a blurry world indeed!

4. Your Lungs can Float

Yes, you aren’t the only one who can stay on water. Your lungs are the only organ in your body that floats! See more

5. Your Cornea doesn’t get blood

The cornea is the only body part to which blood is not supplied. It receives oxygen directly from the air.  See more

Blushing can turn your stomach red. That could be an explanation for the butterflies in your stomach every time you see your significant other (or your celebrity crush, or both.)

The acids present in your stomach are strong enough to dissolve razor blades! Your stomach can withstand such a strong acid because the rate of the cells regenerating is much faster than the frequency of the cells dying.

There are 5, 00,000 sweat glands present in your feet, producing about 473 milliliters of fluid every day.

The human body can burn 20% more fat by exercising in the morning on an empty stomach. Here’s some motivation for you to work to achieve your dream body.

Excessively and aggressively brushing your teeth wears your enamel down and makes your teeth sensitive to hot and cold foods. So don’t go all Amy Santiago on your teeth, because there won’t always be a Captain Holt to save your teeth! Plus, be sure to get your dental services with this oral surgeon in Massapequa ny regularly to keep your teeth healthy.  See more

The human nose can detect 1 trillion smells (that’s 12 zeros!), whereas the eyes can only detect 10 million colors. Your nose is much more efficient at detecting senses than your eyes!

Your body is a home for about 2 kilograms of bacteria, and your mouth has more bacteria than a toilet seat! Don’t forget to brush your teeth twice a day.

An average human drinks 75,000 liters of water in their lifetime.

The skin is the largest organ of the human body and is continuously renewing itself. The average human sheds about 6, 00,000 particles of skin every year, which adds up to approximately 40 pounds in a lifetime! All that dust under your bed? It’s probably your dead skin cells.

By the age of 60, you lose half your taste buds. You could be eating a regular pizza or a gourmet three-course-meal; it’d probably be the same for you.

Apart from identical twins, every single human being has a distinct smell.

Having more dreams is linked to having a higher IQ. An idea on, smarty pants!

Your body produces as much as 23 thousand liters of saliva in a lifetime, which is enough to fill two entire swimming pools! As disgusting as it sounds, low levels of saliva is linked with more oral infections and cavities.

Humans are the only animals with chins. We sure bet you didn’t know that! It’s time to chin up and let others know how cool we are.

23. Baby growth in the womb

Babies in the womb grow as much as 8000 new brain cells every second!

The thumbs have their pulse.

Which of these was your favorite fun fact? Are there any facts that you know that weren’t mentioned here? I hope you found some of these facts to be interesting. Let me know in the comments below! 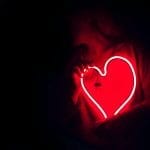 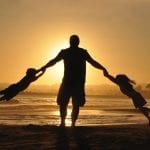