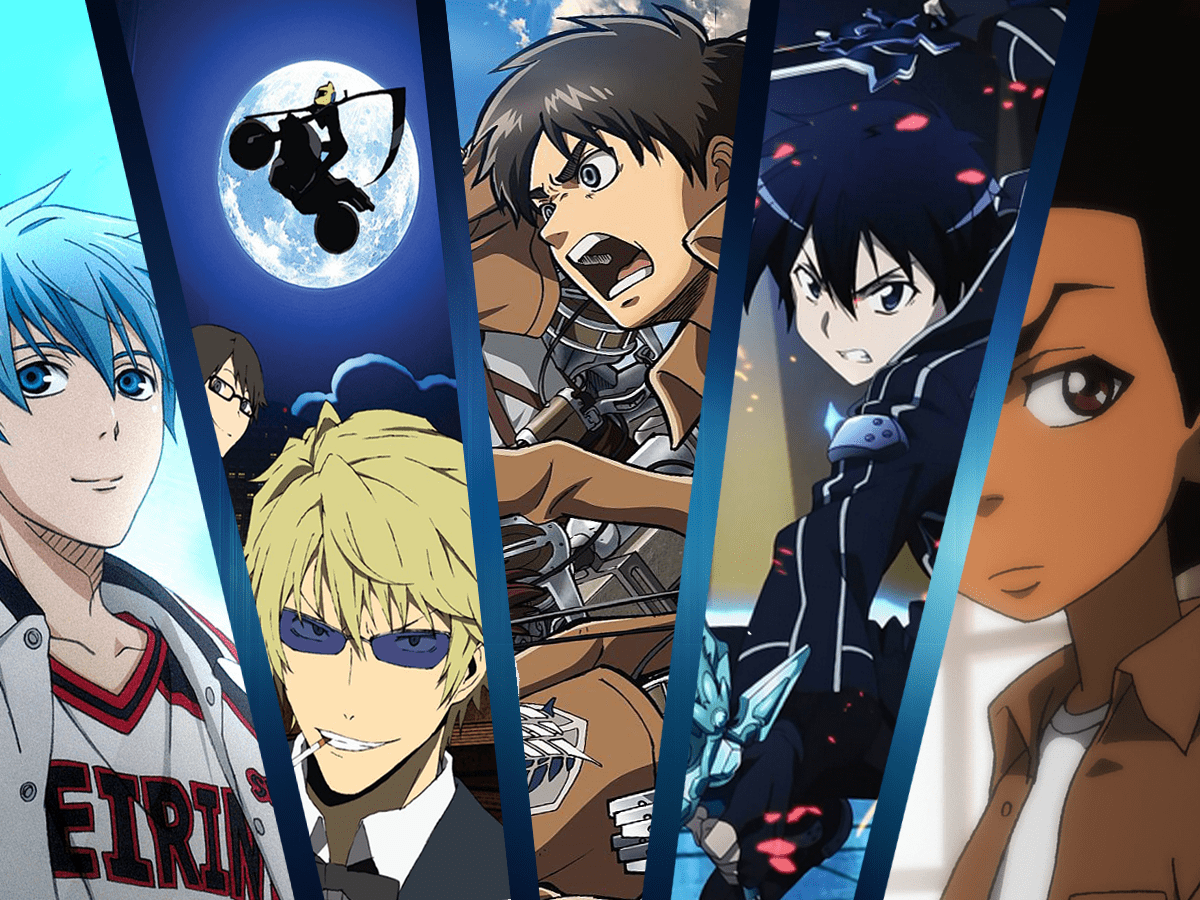 Wondering why is anime better than cartoons? This article serves your question.

The origin of anime dates back in the 20th century, Japan, starting in 1906. Initially, animes were produced in the forms of films. Japan was already famous then for a show named Magic Lantern. Slowly those developed into high-quality animation.

We all know about Dragon Ball Z, a famous Japanese anime. People of all age groups loved this cartoon, and it became famous worldwide. Not only Japanese people love anime, but also it’s loved globally.

An anime is shown in the form of a series filled with emotions, marvelous music, and a great storyline. Incase of cartoons, the shows are usually repeated, or else characters remain the same. Manga is anime’s written version, much better than comics.

You may have seen many animes are either dubbed or comes with an English subtitle. These things appeal to kids, teenagers, and young adults. A die-hard fan of anime is called an Otaku.

Since anime is a part of the industry, why not watch it or try to watch it? Many people think anime to be childish and weird; until they see it.

Anime is far better than cartoons. This article points out the reasons why Anime is better than Cartoons. Let’s have a look.

Why is Anime Better Than Cartoon 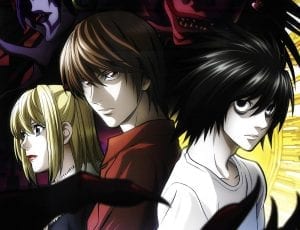 First, in the list under why is anime better comes, story content. An anime story content never sticks to only comedy, laughter, or any kind of repetitions. But it has several genres to offer the audience.

If you come across an anime website, there is a genre option. From this option, you can choose your favorite genres, like horror, comedy, romance, and much more. Just similar to real-life movies and series.

Content is significant in anime. A good content anime can attract more audiences than a cartoon. Death Note anime became famous worldwide for its thriller content and also received many international awards.

There are many animes based on self-worth, inspiration, depression, sci-fiction, and several others. These contents are worth watching.

Have you ever fell in love with anime characters? Yes, the fictitious characters can leave a profound impact on your heart. The best part about anime better than cartoons is excellent characters.

Characters seem real rather than being fake. Their eyes, words, and expressions showcase intense emotions. Say about the character Naruto from Naruto anime series. Many otakus follow him as an inspirational guide.

Anime characters are quite similar to humans due to their change in personality, moods, and daily problems. Their character definition never remains the same. It changes almost every time.

A cartoon series never really works on music. Japanese people work on their anime music. Background music is splendid and marvelous. The use of music turns anime more intense.

Suppose if an anime character dies, the use of background music makes the seen sadder. People often cry while watching these scenes. The opening and closing song is more critical except which an anime is null.

Also, tracks are produced in accordance with scenes. Different scenes may have different tracks. Music stands out since it’s the taste of Japanese culture, and no other thing can beat it.

The anime Naruto Shippuden received many recognitions for its beautiful tracks. Usually, their music is quite sentimental. 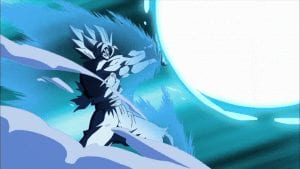 Have you seen a fight scene with logic? Well yes, every fight scene in Japanese anime has reasoning behind it. The fight movements and what’s the reason behind an absolute power. Their incredible shots and magic skills are so bright and catchy.

When it’s an action anime, each character has their power. For instance, Goku from Dragon Ball Z, he uses Kamehameha and instant transmission. These are his powers, which he uses in a fight.

In cartoons, the fight scenes are not much intense or violent. Anime offers you an intense fight scene and keeps you engrossed.

Romance cannot always be felt from real-life characters but also an anime. Romance scenes are filled with music and tears.

Scenes are well put and show how they feel for each other. Virtual Reality is not limited to only epic moments and violence. But it’s much more than that.

Anime Tower of God shows the beautiful connection between Bam and Rachel. Bam loves Rachel so much that he’s ready to risk his life and climb the tower of God.

Another excellent action romance anime is Sword Art Online, Kirito, and Asuna just top the love expectations level along with actions. These are the reason why is anime better than cartoons.

There are animes where a female plays the main character. Most female characters are shown strong with powers. Such as Ezra from Fairy Tale and Sakura from Naruto series. Their characters are known as the strongest ones.

Characters are shown without any particular mindset, just to attain humor. Viewers get comfortable space to be themselves. They do not feel like they’re thrown under a stereotype.

Japanese anime produces more volumes than cartoons. Just like a Hollywood series have different seasons similar to this, an anime has various seasons. Some series are continuous with 25 episodes per season, or it may vary.

There are countless story arcs, volumes after volumes, and new seasons. It seems to have no end. Even after the end, fans wish for more.

Anime like One Piece has over 1000 episodes and different story arcs. Dragon Ball Super anime also is divided into sagas. This enables fans to binge-watch it anytime and click for more.

Japanese studios use the form of limited animation. Less cost and expense is incurred for this. Anime Fairy Tail aims for 100 years quest.

The best part about why anime is better, the plots are interesting and absorbing. Each scene takes an interesting turn, which keeps you intact. Cartoons do not have much of an exciting plot. They are repetitive.

Cartoons are annoying and sometimes have senseless stories. Whereas, animes can take deep turns like sudden murder, horror, and fright. For example, animes like Golden Time and Accel World have great exciting plots. Do give it a watch. 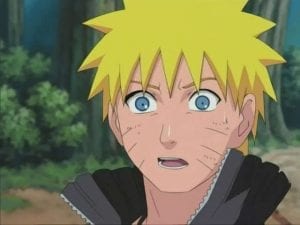 Some anime heroes are inspiring. Such animes have better role models than cartoons. American cartoons have minor characters from where we either get humor or comedy. But anime characters inspire us about life and love.

We learn so much from heroes like Naruto, Itachi, and Natsu. Their dialogues are great and motivating. A true hero sacrifices his own life to save others. And that’s what anime heroes do.

Anime heroes give up their own lives to protect the world. Goku is considered to be an anime hero who protects the world with his strength and power.

The graphics and designs used to make an anime outsmart cartoon graphics. Now, graphics does not mean 3D ones but something better than that. It’s a digital sketch.

Japanese people draw and sketch in such an attractive way. Character colors are well put and chosen. Few character designs are usually unique. Their glasses, fashion style, hairstyle are great.

An anime is about eyes. It all depends on how the eyes are drawn. Traditional animes were hand-drawn and published through media. Nowadays, animes are digitally drawn and produced. It consumes less time and effort. Most of the anime studios have adopted this method. 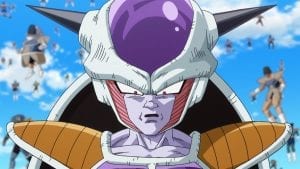 In all action anime, villains are as popular as heroes. Villain characters portrayed brilliantly. Many are fans of villains rather than heroes. Negative ones are shown smarter than heroes.

They seep through any situation and create new traps. Usually, they don’t die until a hero is angry. But every villain has a painful past behind their revengeful character.

When their past stories are unleashed, it touches our hearts. Frieza from DBZ is known to be a popular villain who destroyed Planet Namek.

Cartoons have villains who don’t have a backstory. They just arrive and smash. It sends a message; good guys always win. But that’s boring.

Japanese animes are based on middle grounds, the best reason; why is anime better than cartoons. People of all age groups can watch it. The storylines are beautiful, complicated, and does not wither away from reality. Perfect anime under this is Fullmetal Alchemist: Brotherhood. Almost all can give it a watch.

Cartoons are made in two categories; kids and adults. Most cartoons are kid-centered; teenagers and adults don’t find it interesting. A dramatic age gap comes in between. Kid shows are based on quirky adventures, while adult shows are crude comedies.

As mentioned earlier, under why is anime better, genre variety is the best answer. Cartoons don’t have a particular genre. When they are produced, no types are mentioned. All stick to the same.

Anime has many genres to entertain audiences. Psychological thrillers are excellent among these. There are genres like romance, comedy, a slice of life, horror, drama, and much more. Slice of life genre sticks to the daily lives of anime characters, quite sweet and straightforward.

Anime aims for demographics, Seinen animes are for 15 to 24 years of age. Yuri animes are based on homosexuality. Choose your genre, and you’ll get a separate list based on it.

On number 14 as to why is anime better? Japanese animes leave behind a productive message for all. People can use it in their own lives. You can learn something or the other from them. Scenes, characters have inspiring unique dialogues and settings.

Sometimes the background music is enough to inspire us all. Cartoons are way more fun than inspirational. We usually don’t learn anything from cartoons. Japanese animes teach us about life lessons and motivates us.

Even there’s something to learn from a comedy anime too. For example, some animes show specific childhood stories, which people can relate to their own.

If not imaginative, animes are made beyond imagination. Certain scenes have so much depth in it that fans are just awestruck. Suspense thrillers are inventive and leave everybody a question about life.

Why is anime better? Since it’s universal. Cartoons stick to only pleasing the children. This is why anime receives more audiences due to age factor and creative imagination.

All cartoon series are relatable; you can guess the scene from beforehand. But animes are unpredictable. You do not know what’s in store. You get excited about every episode release. 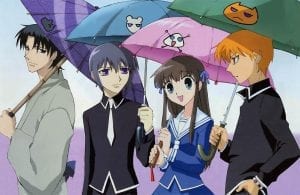 Anime characters develop into powerful beings; they either become good or turn evil. They learn through the course of episodes. Characters age from childhood to adults, and that’s quite an interesting watch. We get to know their life story.

Last but not least, why is anime better? Friendship. Japanese animes portray the bond of friendship so well, and other platforms have done this well so far.

All animes, whether romance, comedy, or horror, have the element of friendship in them. Friendship scenes are so emotional and flawlessly set. Its true real friendship is rare in reality. But anime shows this extraordinary friendship very well.

Friends are valued and treasured. To have real friends you can trust, anime makes it possible. Sometimes it’s hard to express feelings in real life, but animes can do it much better.

So here is the complete list under why is anime better. I hope you got your answer. If you have not watched an anime, for starters, you can watch Attack on Titan. 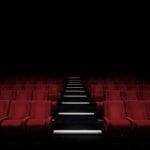 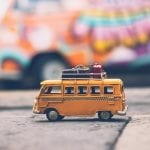