On the northwestern upper corner of the United States of America lies the largest American state area wise that is Alaska. Between Alaska and Asia lies the Bering Strait. Alaska is a Russian word taken from Aleut Language idiom, which translates to “the mainland.” The land has numerous places to visit and enjoy your trip to Alaska. Below listed are some of the best places to visit in Alaska :

To see the glacier, one needs to take a tour boat available from Boggs visitors center across the lake up to the glacier. Previously the Portage Glacier was visible from the visitor’s center as well.  You can also hike up to the glacier; the hike is just 2 -4 miles, and enjoy the view from there.

Due to continually rising temperatures, scientists fear that someday this naturally created beautiful glacier might be gone forever, but the winter winds have their hopes tied. The glacier is also the source of fresh water for the people living in the nearby area; if by any chance this glacier disappears, then it would be a cause of great distress for them.

If you are planning to go to this place, then do wear your hiking boots, and you must have plenty of time in hand as the trip too and fro could be time-consuming. Below is the link to an article detailing some necessary things that you must keep in mind.

Fjord can also prove to be one of the best places to visit in Alaska. But what is a fjord? Geologically speaking, a fjord is an inland water body created by a glacier that usually has steep slopes.

Substantial amount of fauna can also be seen in the area like a wild bear, deer, harbor seal, penguin, mountain goats, arctic terns, etcetera. Primnoa Pacifica, a coral site, hugely contributes to elevate the beauty of the place, making it one of the best places to visit in Alaska.

The other name for Denali National Park is called Mc Kinley National Park, located in the interior of Alaska. During the winter, Denali National Park becomes a hub for sports activities such as skiing, hiking, etcetera. The region has been habituated for a very long because of the high elevation of the region. Winter conditions are adverse, and the vegetation in this area is also quite scarce.

The Denali National park had also attained the title of the International Biosphere reserve in 1976.  Biosphere reserves are the area that is protected and preserved because of its richness in flora and fauna and are placed in different IUCN categories depending on its nature.

The area also has some of the most beautiful rivers and is a home for many glaciers as well, like Yentna glacier, Kahiltna glacier, Ruth glacier, Tokositna glacier, Muldrow Glacier, Eldrige glacier and a few others amongst which Muldrow is the largest of them all. Trees such as spruces and willows can also be seen in this National Park. Hence there are no criteria left that prevent it from being one of the best places to visit in Alaska.

Can a highway be a place to visit! What’s so good about a highway that needs to be seen or who goes to a highway on a trip or for an outing? But unlike other highways, Alaska’s Highway that we are going to talk about is entirely different. It has many aspects and things that need to be seen and appreciated as well.

The highway of Alaska connects the United States of America to Alaska owing it’s construction back to the times of World War 2. The Alaska Highway was completed in 1947 but was opened for the public in 1947. The highway is 27,000 km long.

The idea to construct a highway was proposed by Thomas Mc Donald early in 1920. The construction of the highway actually started in 1942. While driving through the Alaska highway, you would encounter mesmerizing views that are definitely like a feast for the eyes.

As far as you could see, enchanting snow-clad mountain peaks at the foot of which magnificent trees and vegetation that is thriving appear like scenery to the eyes. You would definitely get lost in this scenic beauty for some time, making Alaska Highway worth to appear on the list of best places to visit in Alaska.

The National Park also has some of the famous glaciers such as Margerie Glacier, Grand Pacific Glacier, McBride Glacier, John Hopkins Glacier, Gilman Glacier, and La Perouse Glacier. Brown bears and black bears are commonly found in this area, and this area is also rich in flora as well, making it a good competitor for the best places to visit in Alaska list.

This National Park is quite renowned for its brown bears located in the south of Alaska. The National park is constructed under a special law passed known as the Alaska National Interest Land Conservation Act. This National Park also has some of the active volcano peaks such as  Mount Katmai, Trident Volcano, Mount Magik, and Mount Martin.

8. University of Alaska Museum of the North

One of the best places to visit in Alaska for all the lovers of history and archaeological findings, this museum can definitely satisfy your curiosity to some extent. The museum has a vast collection of antics preserved and kept for display for the visitors. The museum strives for maintaining the cultural heritage of Alaska by preserving its history in every possible way.

As the name suggests, the Inside Passage basically serves as a passage for boats, ships, and cruises, but the place is beautiful beyond words could ever describe, so you must go and see it for yourself the soothing view that this place has. The place has a calming effect and is, therefore, one of the best places to visit in Alaska.

Lying on the Kenai Peninsula, the Seaward is a beautiful town that needs to be visited at least once. Temperatures in the area are freezing as the region experiences a subarctic climate. Seaward is a coastal area; that’s why the winds play an essential role in the climate over the area.

It is also an educational and cultural site that preserves the native heritage and culture of Alaska for the future. Preserving the culture of a particular area is very important as it provides much information about that particular town’s legacy, making it culturally one of the best places to visit in Alaska.

It was the discovery of gold that bought many people to this area and was established by the native people of Alaska. There is a Sledge Dog race that takes place here, and this unique feature makes it one of the best places to visit in Alaska.

Spread over a vast area of 13 million acres, it is not only Alaska’s but the US’s largest national park. Elias National Park has a wide variety of species of animals and serves as a very beautiful location for photography as well and indeed is the best places to visit in Alaska.

Also known as Alaska Central Railroad, it carries both freight and passengers. Mountains on one side and a water body on the other traveling in a train would have never felt like this before. It’s once in a lifetime experience making the Alaska Railroad a very different place to visit and definitely one of the best places to visit in Alaska.

One of the best places to visit in Alaskahas many old historical buildings to see, the white pass and Yukon route, and the famous Chilkoot Trail to visit for all the adventure lovers. As the name of the park itself gives some hint about the history of the place, it got importance because of the gold rush.

Another historical park to compete in the list of being one of the best places to visit in Alaska is the Tomen Bight State Historical Park, successfully maintaining its culture and authenticity containing totem poles and houses that resemble the houses constructed in ancient times.

The historical park somehow manages to portray the exact glimpses of the society back then. For the smooth functioning of the Totem Bight State Historical Park, it is regularly funded by the United States Forest Service, which uses the Civilian Conservation Corps Fund to regulate the services of this park.

So these are the top fifteen best places to visit in Alaska of all times and all seasons. Alaska is definitely one of the most beautiful places that you can ever go to, and all the places mentioned above even adding more to its beauty and contributing in every way possible to make this mainland a leisurely escapade that would definitely lead you to tranquillity and solace, away from the monotonous urban life. 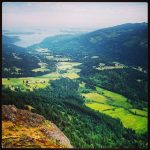 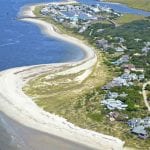