Looking for the best places to visit in Switzerland and confused among the variety of options? Don’t worry, we’ve got you covered.

A country is widely known for Swiss Cheese, Swiss Chocolates, and clocks, Switzerland is famous for its amazing food and its breathtaking views and dramatic landscapes. Switzerland is located at the confluence of Southern, Central, and Western Europe and spans an area of 41,285 square kilometers.

The country is geographically divided between the Alps, the Jura, and the Swiss Plateau. The Swiss population of 8.5 million occupies most of the plateau where economic centers and large cities are situated. German, French, Romansh, and Italian are the official languages of Switzerland.

For the beautiful scenery and the jaw-dropping charm, it is undoubtedly hard to beat Switzerland. Explore some really amazing destinations with our list of the 15 best places to visit in Switzerland.

15 Best Places to Visit in Switzerland

Zurich is a starting point for many travelers, is the largest city and one of the major transportation hubs of the country. It lies at the north-western end of Lake Zurich.

Zurich is also known as the financial capital of Switzerland and is an upmarket banking city. Zurich has some really cool night spots and amazing shops, most of which are in a historic center, namely Altstadt.

Bern is also known as the picturesque capital of Switzerland. This is one of the very few cities of the country that has managed to retain its historical features to date. The old town of Bern had also been declared a UNESCO World Heritage Site. The locals refer to the arcades, which span 6 kilometers, as ‘Lauben.’

Bern also acts as a gateway to the Alps. Bern is also the headquarters of the railway,
copyright, postal, and telegraph unions. Bern is undoubtedly one of the best places to visit in Switzerland.

The second-largest city in Switzerland, Geneva, houses several international organizations, including the World Bank and the UN. The place is popular as a financial center. The city gives a luxurious feel and has a charm of its own.

The beautiful city lies on Lake Geneva’s shores and offers a variety of boutiques, hotels, and expensive restaurants to the visitors. In Geneva, one can take a walk along the Reformation Wall, spend time in Bastion’s park, or admire St. Pierre’s Cathedral.

Also, you might want to explore Lake Geneva: 25 Interesting Facts.

Situated in central Switzerland, Lucerne is a nexus of culture, economics, transportation, and media, which makes it one of the best places to visit in Switzerland. The city has a population of around 82,000 people.

A popular landmark for which Lucerne city is known is ‘Chapel Bridge.’ It was basically a wooden bridge that was built in the 14th century. Lucerne offers some beautiful shopping sites, excursion mountains, and a gorgeous lakeside setting.

The city is not just an excellent destination for travel groups but can be visited individually too.

A city in northwestern Switzerland, Basel is located on the Rhine river. It is the third-most
the populous city of the country, the first two being Zurich and Geneva.

Basel is better known as the cultural capital of the country and is famous for its museums. It has a total of forty museums, ranging from Museum of Contemporary Art, which was the first public museum of contemporary art in Europe, Kunstmuseum, not only the largest museum of the country but also the first museum of art accessible to the public of the world. Basel definitely adds up to the list of best places to visit in Switzerland.

Lugano is a town located in Italian speaking Ticino region of Southern Switzerland. Throughout the landscape, Lake Lugano is surrounded by mountains and is loved for its scenic beauty. Apart from its captivating scenery, the town is also known for its fancy restaurants and bars, boutiques, and markets.

It is worth stopping Lugano for various other reasons like the great promenades which offer marvelous views of the lake, modern art museums, hiking in the nearby mountains and a cathedral.

You can explore the old town and the Sauvabelin forest, enjoy the Lakefront of Ouchy, have fun at concerts and theatre or climb up the cathedral tower; all of it adds to the fun and makes Lausanne one of the best places to visit in Switzerland.

One of the best places to visit in Switzerland, Bellinzona is a historic Swiss Town. It is also the canton of Ticino’s capital and spans an area of about 165 square kilometers.

The town of Bellinzona has been popular among the visitors for its three castles that were declared UNESCO World Heritage sites in 2000, namely Montebello, Castelgrande, and Sasso Corbaro.

The Old Town houses cafes, churches, and bell towers, which add to its charm. One can also see the mix of Swiss and Italian cultures in Bellinzona as the Italians once ruled it.

Situated to the south of the Lake Constance, St. Gallen is a town in northeastern Switzerland. It is set among green hills, and one can also view mountains at a far off distance.

The town is famous for Baroque Cathedral containing the Abbey Library, which is home to 170,000 documents that are a thousand years old and partly hand-written too. The Abbey Complex became a World Heritage Site in 1983.

Thun is a town in the Bernese Oberland region of Switzerland. It is near Lake Thun and is known for the Thun Castle, which is from the 1100s and gives a beautiful view of the Alps. The castle is above the old town, placed on a hill.

Thun has amazing cafes lined up along the waterfront, beautiful artisanal shops in the streets, and old buildings on the riverside that makes it even more charming and one of the best places to visit in Switzerland to wander around. There is a totally different energy about Thun.

The other main sights in Thun include The Rathaus, which is a beautiful town hall, The Wocher Panorama, the oldest extant panorama drawing, The Kunstmuseum Thun, and the Panzermuseum Thun.

A Swiss town in the Interlaken-Oberhasli administrative district, Interlaken is a well-known and significant tourist destination in the Bern region of the Swiss Alps. It also acts as a gateway to the lakes and mountains of the region.

Approximately 23,300 inhabitants populate Interlaken. Although the city has a variety of shops, it is its captivating scenery that it is surrounded by, which draws a lot of people to the area. From Interlaken, one can also go water rafting or hike around the beautiful mountains and lakes.

Out of all the best places to visit in Switzerland, Interlaken is a must visit.

This was our list of 15 best places to visit in Switzerland. If you wish to explore more, click here.

Known as the oldest town of Switzerland, Chur is located in the Grisonian Rhine Valley and is the largest town as well as the capital of the Swiss Canton of Grisons.

Chur houses many sites and buildings that are also heritage sites of national importance. The Old town is the highlight of Chur. Apart from that, the city is small in itself and can we walked in a day’s time.

The Alps surround chur, and as such, the visitors go trekking and hiking in the nearby mountains.

Biel-Bienne is a town located in the Bern canton of Switzerland. It is bilingual throughout as it is on the language boundary between the German-speaking and French-speaking parts of the country.

While Biel is the German name of the town, Bienne is the French name for it. Together, the town is referred to in both languages. The town is famous for its wine, which the visitors should definitely taste. You can go for a swim or explore the picturesque Old Town.

Situated in the Rhone valley, Sion is a small yet beautiful city, occupying an area of 30 square kilometers. It is raining and snowing in Sion for an average of 3 months.

Despite the Old town being the highlight of the town, it has a modern side too. Several vineyards surround sion, and so, wine plays a significant role in the town’s social life. There are lots of cafes and amazing restaurants from which visitors get to taste the local wines.

Sion is also known as the most sun-blessed town in Switzerland as it is centrally located. Its beauty, hiking trails, and amazing local wine certainly make it one of the best places to visit in Switzerland.

The list of best places to visit in Switzerland is incomplete without Fribourg, which is the Swiss canton’s capital. It is located on the Swiss Plateau, on both sides of the Sarine river. Fribourg is a major educational, economic, and cultural center.

Fribourg is known for the captivating views that visitors get from the main city itself. There are several picturesque bridges that join the German-speaking eastern part of the country with the western part that speaks French.

The Old Mediaeval Town of Fribourg is also famous because of its beautiful architecture, cathedral, and museums. Visitors also enjoy the town’s nightlife.

Switzerland may be a small country but has a plethora of amazing places to visit. From dreamy mountains to beautiful lakes and fancy shops and restaurants, the country has it all. To experience it, you should definitely visit Switzerland and share your experience with us! 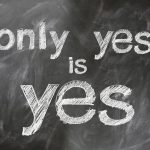 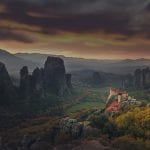