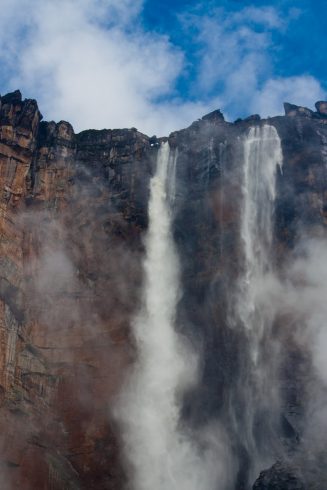 Angel Falls is a waterfall in the beautiful place of Venezuela. Visiting a place that consists of a waterfall or more than a single waterfall has always been a naturally beautiful place to visit. The sound of the water falling from a great height can bring out a noisy yet peaceful side of nature that not many are fortunate enough to visit.

Waterfalls are also known to make for a pretty excellent view. Those who love traveling would probably also love the opportunity to get into a flowing stream or stand under the rigorous force of water that has been pouring down from quite a height.

It is found that almost all the hill stations or treks you will be a part of will most probably have waterfalls nearby. Our world consists of many waterfalls of different types in different countries. Each country has a waterfall that is unique to itself and has outstanding qualities or interesting facts about them.

Angel Falls, Spanish Salto Ángel, also called Salto Churún Merú, which is found in the Guiana Highlands in the state of Bolívar in southeastern Venezuela, is said to be the world’s highest uninterrupted waterfall. It is known to have a height of 979 meters (3,212 ft.) and a plunge of 807 meters (2,648 ft.).

This waterfall is dropping over the edge of  Auyán-tepui mountain in the Canaima National Park, which is also known to be the second-largest National Park in Venezuela. This particular place is a UNESCO World Heritage site in the Gran Sabana region of Bolívar State.

It is known to be a tributary of the Carrao River, a part of the Orinoco River system of Venezuela. It can easily be considered to be one of the world’s most dazzling natural wonders that makes it a rather spectacular and unforgettable place to visit at least once.

Angel falls remained an unknown wonder till the mid-1950s. The tribe that stayed in the valley beside Auyán-tepu also stayed away from the Falls, as they believed that the distant location of this Falls harbored malign spirits.

It is said that James Crawford Angel (Jimmie), US aviator, was the first one to fly over this Falls that too accidentally in 1933 while searching for a valuable ore bred. It was in 1937 that Jimmie returned to this Falls along with his second wife and few acquaintances, namely Gustavo Henry and Miguel Delgado.

Even though Jimmie had been able to land his plane successfully on Auyán-tepu’s heart-shaped summit, the wheels of the aircraft became submerged in mud, resulting in Jimmie’s aircraft to be remained marooned atop the mountain until 1970. Jimmie and his group had to trek about the place for almost 11 days, rationing the limited food supplies they possessed.

Finally, they reached Kamarata, which was a small settlement. After the word spread of Jimmie’s adventure, the falls were duly named after Angel Falls. Angel’s plane remained on top of the  Auyán-tepui for 33 years before it was lifted out by a helicopter. Angel’s ashes were also scattered over the falls on 2 July 1960.

Sir Walter Raleigh has been the first European to have seen the Angel Falls, but this claim sounds to be a bit extreme. This is supposed to have happened when he went on his expedition to find the fabled city of El Dorado.

The first recorded European to reach the base of the falls was the Latvian explorer named Aleksandrs Laime, who was also known as Alejandro Laime to the native Pemon people. He was said to have reached the falls alone in the year 1946. He was the first to get the upper side of falls in the late 1950s, by climbing on the backside where the slope is not vertical.

He was also said to have reached Angel’s plane 18 years after it had crash-landed. On 18 November 1955, on Latvian independence day, he announced to the Venezuelan newspaper El Nacional that this stream without any known local name should be called after a Latvian river, Gauja.

However, lately, the Pemon name Keep is being used as well and that too frequently. Laime is also supposed to be the first to clear a trail that starts from the Charan River to the base of the falls. On the way, there is a viewpoint that is commonly used to click photographs of the falls.

The name of this point is Mirador Laime or “Laime’s Viewpoint” in Spanish. As the name suggests, it has been kept in his honor. This trail is now used basically for the tourists to lead them from the Isla Ratón camp towards the small clearing.

The official height of the falls was found out by a survey carried out by an expedition organized as well as financed by Ruth Robertson, who was an American journalist, on 13 May in the year 1949. The expedition held by Robertson had begun on April 23, 1949, was also the first to reach the foot of the falls.

The first known attempt to climb the face of the cliff had transpired in the year 1968, which was during the wet season. It had failed because of the rocks which were found to be very slippery. In the year 1969, a second attempt was made during the dry season.

This attempt was again defeated due to the lack of water and an overhang 120 meters (400 ft.) from the top. The first climb to the top of the cliff is known to have been completed on 13 January 1971. The climbers have required almost nine and a half days to reach the top and one and a half days to rappel down.

To know how Angel Falls is formed, check out: https://sites.google.com/site/thegeographicalempanadas2011/angel-falls—the-world-s-highest-waterfall

How to Visit Angel Falls?

The getaway to Angel Falls in Canaima National Park consists of breath-taking tropical wildlife and other beautiful vistas. The UNESCO World Heritage Site is only accessible by air; that is, there are no overland routes into the park.

People are seen flying over the dense green jungle, almost all of which remain untouched by humans,  mountains, and rivers. Before visiting Angel Falls, the travelers need to prove that they have been vaccinated against yellow fever. People are generally seen to fly to the park from the colonial town of Ciudad Bolivar or the capital of Venezuela, that is, Caracas.

A small amount of $4 is charged so that the visitors can enter the Canaima camp. This camp is found roughly 50 kilometers away from Angel Falls and is framed by many lower altitude waterfalls. The travelers can go ahead with their excursions to the Falls, which starts from the camp, whereas the accommodation for the tourist is situated only a short Jeep ride away.

After reaching the park, one of the popular methods to get the Falls is by traveling on a boat. Travelers are allowed to fly from Canaima airstrip to Canaima lagoon. The time to reach Angel Falls from the Canaima camp varies. However, the approximate time taken to get Angel Falls is 5 hours.

If you plan to visit Angel Falls, it is better to book your trips there in advance through different tour operators. However, park lodges are also found to run scheduled trips, so those can also be booked once you arrive at Canaima camp.

When to Visit Angel Falls?

Even though some waterfalls remain active throughout the year, it is found that most waterfalls should be visited only during the monsoon season of the place. It is best to visit Angel Falls during May and November. This is because, during December and April, the rainfall is seen to arrive more infrequently, which results in the falls evaporating, in turn resulting in just a dribble falling.

Where to Stay Near Angel Falls?

A number of accommodation is available for those who visit the park, and most of these accommodations are located just a short Jeep ride away from Canaima camp. You need to note that camping is prohibited in Canaima National Park.

Like all places with exciting facts related to them and maybe even their history, Angel Falls seems to have the same thing. Many interesting facts are related to this Falls, and few of them are mentioned below.

7. Whatever waterfalls during the drier months seem to evaporate even before even reaching the ground forming a huge mist around the mountains, making it an incredible and breath-taking view.

9. This Falls is known to be three times higher or taller than the most popular monumental structure in the City of Love, Paris, that is Eiffel Tower.

10. During the rainy season, the falls may get divided into two separate waterfalls.

11. Ernesto Sanchez La Cruz, a Venezuelan explorer, claims to have seen the falls first in 1912, but he had not said anything to publicize this.

12. Previously, Venezuelan leader Hugo Chavez had promoted that he would be changing the name of the falls to the first and original name given by the Pemon Indians many centuries ago, Kerepakupai Vena, which means “the deepest place waterfalls.” But the decision was never made final, so the falls are still known as Angel Falls, after the US aviator, Jimmie Angel.

13. Angel Falls are also known by local names such as ‘Big River’ and ‘Tulume Bena.’ Tourists have been allowed to visit this Falls only since 1990.

14. Angel Falls is one of the top places to receive many tourist attractions in Venezuela.

15. Angel Falls has inspired the Disney animated film “Up,” released in 2009. However, in the movie, the particular place was named Paradise Falls instead of Angel Falls. This fall also made a small appearance in the Disney movie “Dinosaur.”

Traveling to different places that consist of various beautiful natural wonders is preferred by many. For many, this is a life filled with adventure, and this is what they crave or want to do for the rest of their lives.

Even for those who are not that addicted to traveling, they too find visiting naturally beautiful and breath-taking places soothing as well as peaceful. So I would suggest you visit Angel Falls as it can bring out the same, happy side of yours that you have probably lost in your hectic life, which is probably filled with a lot of stress.

To know more about Angel Falls, do not forget to check out: https://www.britannica.com/place/Angel-Falls 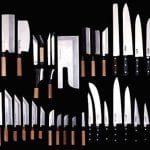