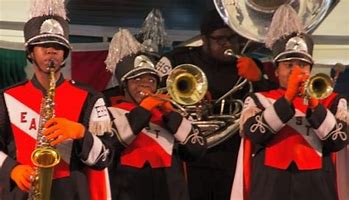 Festivals have gained a universal appeal. They are celebrated everywhere, irrespective of their origin. Festivals bring people together, people have fun, and there are so much joy and happiness. And the Italian Festival Columbus Ohio is one such festival. Although it is an Italian Festival, it is celebrated with so much love and excitement.

Columbus is a city in Ohio. It was named after the famous explorer and navigator Christopher Columbus, who was an Italian, which is one of the many reasons why the Italian Festival Columbus Ohio, is celebrated every year with so much enthusiasm and merriment. Columbus is the largest and only city in the world to be named after Christopher Columbus.

Although Columbus is a city in Ohio located in the United States of America, many Italians reside in Columbus, and there are many Italian communities and groups as well. The Italian people join together with others to keep the essence of Christopher Columbus’ discovery alive.

Father Casto Marapesse started the Italian Festival Columbus Ohio, as an initiative to restore the faith and belief of the people of his church. He wanted the people to cherish and uphold their Italian background and morals and to spread it to the world.

And Father Casto thought that the best way to do that was in a way where all people could take part and learn from it. This idea was thought of in the early 1980s and is celebrated even today. The Italian Festival Columbus Ohio, is celebrated in the first week of October every year.

The St. John The Baptist Catholic Church is located at 720 Hamlet Street, Columbus, Ohio. The building of the church is made up of limestone, terra cotta, and buff brick. It stands 104 feet tall and around 43 feet wide. Father Casto, who was the last pastor of the church, came up with the idea of the Italian Festival Columbus Ohio.

Apart from that, Father Casto also raised funds for an Italian public Centre and started scholarships for the youth living in the area. His vision bore fruit in 1989 when the construction of the Italian Cultural Centre was finally completed. Along with the Italian Festival, various other events take place at this church.

The Columbus Italian Festival is one of the major festivals that take place in Columbus. And people from all over join in to celebrate this auspicious day. And there are so many events conducted in 3 days that you can hardly keep count of them. Some of the popular events are listed below.

The church of St. John The Baptist organize several events during the Italian Festival Columbus Ohio. Before you start anything new, you always thank God and ask for His blessings, and that is what the people of this church do. They have an inaugural mass before all the other events can start.

There are multiple essential people to make a choir and speeches. After the members of the church and all others present also take part in the Italian Procession, which is the main event of the church. This is a delightful and holy way to start the Italian Festival Columbus Ohio.

It is amazing to watch the children have fun and run about here and there with so much joy and laughter. During the Italian Festival Columbus Ohio, there are plenty of events put up for children.

There are small competitions, fun game stalls, and mouth-watering food specially made for children and many more. But most of all, the children enjoy the playful, amusing rides. The Albanese Amusements committee put up several rides for the children.

Some of the dishes are tortellini, rotini pasta salad, lasagne, eggplant parmesan, meatballs in Italian sauce, etc. You are also allowed a certain number of drinks per ticket. You can try out the types of Italian coffee, the fantastic wine, and other beverages. On one of the days of the Italian Festival, a few of the local people take the initiative to give cooking classes.

To name a few, there is Sergio, Samanta, Tina Solazzo, Valerio Embrione, etc. In these classes, the chefs cook flavorsome food and even live demonstrations. If you love Italian food, then you should check out this site.  https://www.icytales.com/taste-of-italy/

You can register to play individually or along with a team. And there are also great prizes to be achieved by the winners of the game. The Italians make sure to sign in for this sport as it brings together the maximum number of people, and it is a fun game.

Another popular event of the Italian Festival Columbus Ohio, is the Band Marching Competition. The core committee and organizers of this festival invite many schools and colleges to participate in the band marching competition. The band march begins from Dennison Avenue and continues right till the end of 4th street. After the parade is over, the people move to the stage made for further competitions.

The students also dance and sing and carry the flag along with them. Every year the best band is chosen as the winner, and that particular band gets to give an outstanding performance the next year. The winner of last year was Johnathan Alder High School.

Be it any festival; it is always incomplete without a good old-fashioned parade. A parade is an event that quite literally is the heart of the entire festival. It is like a core ingredient without which the dish would be meaningless. And that is why there is a parade every year at the Italian Festival in Columbus Ohio. The parade is usually held on the 11th of October at 1:00 p.m.

The parade starts from Dennison Avenue, too, and continues through the Italian Village and the Victorian Village. The parade looks bright and beautiful and vibrant, and it is so exciting to watch. If you want, you can also participate in the parade individually or with a group. All you have to do is register.

And don’t you think a festival is incomplete without performances on a huge platform? So to make everyone happy, there are several performances by different groups. And each account is so beautiful and so unique. You can have so much fun that you would want to attend the Italian Festival in Columbus Ohio, every time. For the performances, there are two stages put up.

So here it is. All you need to know about the Italian Festival Columbus Ohio: this festival does not only bring happiness and excitement, but you also get some knowledge about the culture and heritage of Italy. And there is so much to do here. You can sing, and you can dance. You can watch the parade and also take part in it. You can try out the amazingly delicious food, and even children can have their fun.

There are sports and band marches, performances, and cooking classes. This festival provides entertainment and wisdom. The Italian Festival Columbus Ohio, is a celebration of the unity of the Italian- American people. If you would like to know more about Columbus Ohio, then take a look at this site.  https://www.columbusnavigator.com/ 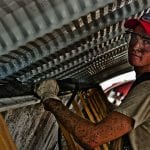 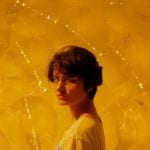