It is difficult to find people who will not binge-watch their favorite cartoons even after getting old. Be it The Simpsons or Mickey Mouse; cartoons have an undeniable attraction that most of us can’t help but get hooked on our couches to watch them. But how many of you know the interesting cartoon facts behind them?

Twenty years ago, in the episode ‘Bart to the Future,” the Simpsons predicted Donald trump to be the future president of the United States of America. Could anyone ever imagine that it will become a reality? Did you know Donald Duck has an actual asteroid named after him? And Popeye made American kids fall in love with spinach?

1. The Simpsons – Cartoon Facts that Became Reel to Real

“The Simpsons” is not only one of the greatest cartoons shows ever made but also the whole house of future predictions. Be it the elections for the president of the United States of America to the Olympics; this cartoon show already blew our minds by predicting the future so many times throughout its fabulous journey of 31 years. But did you ever think, why are all the residents of Springfield yellow in color? From Homer to Lisa, all our favorite characters being yellow is just a coincidence or …

According to Matt Groening, he was confused to come up with an idea to make his creation stand out among the crowd of cartoon shows. An animator showed him the yellow color, and the creative mind of Matt instantly knew this bright yellow color would be the identity of the Simpsons. And you know he was right when seeing the yellow color only you get that you are watching the Simpsons.

2. The Flintstones; the First Cartoon Show to Show Couples sleeping on the Same Bed

Another mind-boggling point in the numerous cartoon facts about the Flintstones is, it was first of its kind to help to sell cigarettes. If you remember Barney asking Fred to take a Winston break, you know the break meant smoking out packs of cigarettes. The Flintstones were popular to present some cartoon facts that only adults can understand.

“Scooby-Dooby-Doo” is to date one of my favorite cartoons. And I am sure many of our readers will agree that even today, if we find any channel broadcasting Scooby-Doo episodes, our hands forget to change the channel. For decades Scooby and his gang have entertained us, but how many of you know the real name of Shaggy’s beloved pet dog? Scooby’s full name is Scoobert Doo. The list of fascinating cartoon facts around the popular show is long.

The bodybuilder narcissist with an unused brain, Johnny Bravo, often portrayed himself as the perfect example of beauty without the brain. Johnny Bravo was one of the most famous and popular cartoon shows on American Television. But do you know the amusing cartoon facts around this all-time favorite macho womanizer? Like his visits to other cartoon shows?

Yes, Johnny Bravo often appeared in other popular cartoon shows. Among all of them, my favorite is where Johnny met Scooby-Doo and his gang. In this episode, Johnny is scared by his aunt when Scooby and gang save him. But why was his aunt scaring him? Just because she didn’t like Johnny. Well, mostly on the show didn’t like our macho hero, but who cares?

Dexter’s Laboratory was one of the hype creators of our childhood. The bittersweet bonding of Dee Dee and Dexter is similar to siblings bonding we have at our homes. But did you know there are a lot of secrets hidden in the corner of Dexter’s Laboratory? Like what is his last name? You got it already that there are cartoon facts about this science-loving boy and his lab, which most of you never knew. Read ahead to know more.

“Looney Tunes” is an all-time favorite cartoon series. The pack of Bugs Bunny, Daffy Duck, Tweety, Sylvester, Speedy Gonzales were part and parcel of our lives. And who can forget the Granny we all dreamt of having in our lives? So it is obvious the cartoon facts around our favorite cartoon series will leave smiles on our faces. The very first fact, it deservingly won two Academy Awards. With more than ten nominations in around 40 years of ruling the TV screens, the series came to an end in 2014. But neither the show nor the cartoon facts have lost their attraction till now.

If you are asked to pick one Looney Tunes character as your favorite, whom would you choose? Let us know in the comments. But I know Bugs can easily steal the crown of being the most favorite. Maybe his undeniable popularity led him to be the 9th most portrayed film personality in the world. He even has his star on the Hollywood Walk of Fame.

But the cartoon facts around him are not done yet. The voice behind Bugs, Mel Blanc, has “That’s All Folks” written on his grave. And Bugs has saved his life. After a horrifying accident, Mel Blanc was in a coma, and doctors brought him out of the trance by addressing him as Bugs Bunny. There is another interesting story about the impact Bugs Bunny, and Looney Tunes have in our lives. To read that, click here.

The title suggests the debate that hailed before Mickey made his first public appearance. Walt Disney planned to name him Mortimer at first. But thanks to his wife, we got Mickey as the star of the show, with Mortimer being his biggest rival. Mickey Mouse lovers know a lot of cartoon facts about him, like how Walt Disney had the idea to create him from his pet mouse. But how many of you know that Mickey Mouse was the first cartoon ever to speak? Yes, Mickey was the first-ever cartoon to talk in the episode “The Karnival Kid.” And guess what his first words were? “Hot Dogs!”

Let us continue the journey of unknown cartoon facts about our favorite mouse. So, Mickey Theodore Mouse was the first cartoon to have his star on the Hollywood Walk of Fame. Oh, you didn’t know his middle name is Theodore? Do you know what’s more amusing? With more than 10 Academy Awards nominations and an Oscar with his name, Mickey launched his first music album in 1979. The audience loved a musical muse so much that it ended up earning the double-platinum status. Are cartoon facts full of Glory? Mickey Mouse has it all.

Loved the power couple, Mickey and Minnie? Read hear how the voices behind the evergreen cartoon characters, Wayne Allwine and Russsi Taylor, got married in real.

Charles Schulz gave us one of the best comic and cartoon series through Peanuts. Snoopy and gang deservingly surpassed the popularity of Santa Claus. Yes, Peanuts used to be published in 21 languages in more than 75 countries. So obviously, people knew Snoopy and Charlie Brown more than they knew Santa Claus. But do you know the funny and interesting cartoon facts around the Peanuts gang? How many of you know that Charles Schulz himself was the inspiration behind the character Good Ole Charlie Brown?

Most of the Peanuts characters were inspired by real-life people. Snoopy himself was inspired by Charles’ dog Spike. In the comics, Spike is one of Snoopy’s five siblings. Snoopy doesn’t only have his star on the Hollywood Walk of Fame, but also he is the proud owner of two Grammy Awards, four Emmy Awards, and two Tony Awards. Only a few in the entertainment industry have this achievement.

From World War II to the Moon, Snoopy has gone everywhere, and Charles Schulz had drawn them all by themselves. But did you know his drawings were rejected to be published in his high school yearbook? His teachers must have regretted a lot! And that’s the same high school to have a six feet statue of Snoopy. That’s called real success!

There are more interesting cartoon facts about the characters of the Peanuts gang. If you notice carefully, snoopy has eyes only on one side of his head. Linus didn’t speak for two years after his first public appearance. The little red-haired girl was never fully revealed. Charlie Brown has failed in a lot of things, but do you know one of his greatest achievements? He is one of the very few cartoon characters to be featured on Forever stamps released by the U.S Postal Service.

9. South Park; They Were Not Supposed to Kill Kenny

If South Park is bread, then Kenny’s death is butter on it. Kenny has died in each episode, and his wide popularity brought him back again and again. But do you know the original idea was not killing Kenny? Instead of Kenny, Kyle was supposed to die, but poor Kenny had to take the responsibility on himself. Here are some best moments of Kenny’s deaths.

The cartoon facts of South Park are as exciting as the show itself is. And the more amusing fact is, the cartoon facts have become real to reel. For example, characters like Kenny, Liane, Wendy, and even Mr. Hankey were inspired by real-life people in Trey Parker’s life. I know among them all you will be the most interested in knowing the real-life Mr. Hankey. So here’s the full story for you.

Kenny was portraying a kid who could hardly be understood. But did you notice him express his admiration for female bodies in the title song of season one? Bet even you can’t express your admiration in a subtle manner like Kenny. Not only the theme song, but South Park also overused the Lollipop King so much, that the episodes featuring the Lollipop King were banned.

Never heard of Lollipop King? Find him here. And have you noticed the moments when South Park parodied Family Guy? That was amazing, right? Even the Simpsons crew found it, so mind-blowing that they sent flowers to the South Park Crew. After all, there’s no harm in friendly competition.

SpongeBob is the longest-running cartoon series on Nickelodeon. But did you now SpongeBob was originally named SpongeBoy? The show was originally thought to be called “SpongeBoy, Ahoy!” But thanks to copyright infringement, we got our beloved SpongeBob. And did you know the characters in SpongeBob SquarePants represented the 7 deadly sins? Where Mr. Krabs is greed, Patrick is the Sloth, Squidward is the Wrath. And others? Find out here.

Talking about Squidward, if you notice carefully, you would know Squidward lacked the number of tentacles to make him an actual squid. So technically, with just six tentacles, he was never a squid.

So this was our list of 10 cartoon facts that you inevitably needed to know. Admit it, and you have not found such a compact collection of all these mind-blowing cartoon facts anywhere before. Thank us later, but don’t forget to add your thoughts below in the comment box. Want us to add some more? Let us know that too! 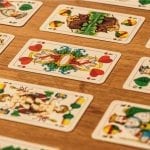